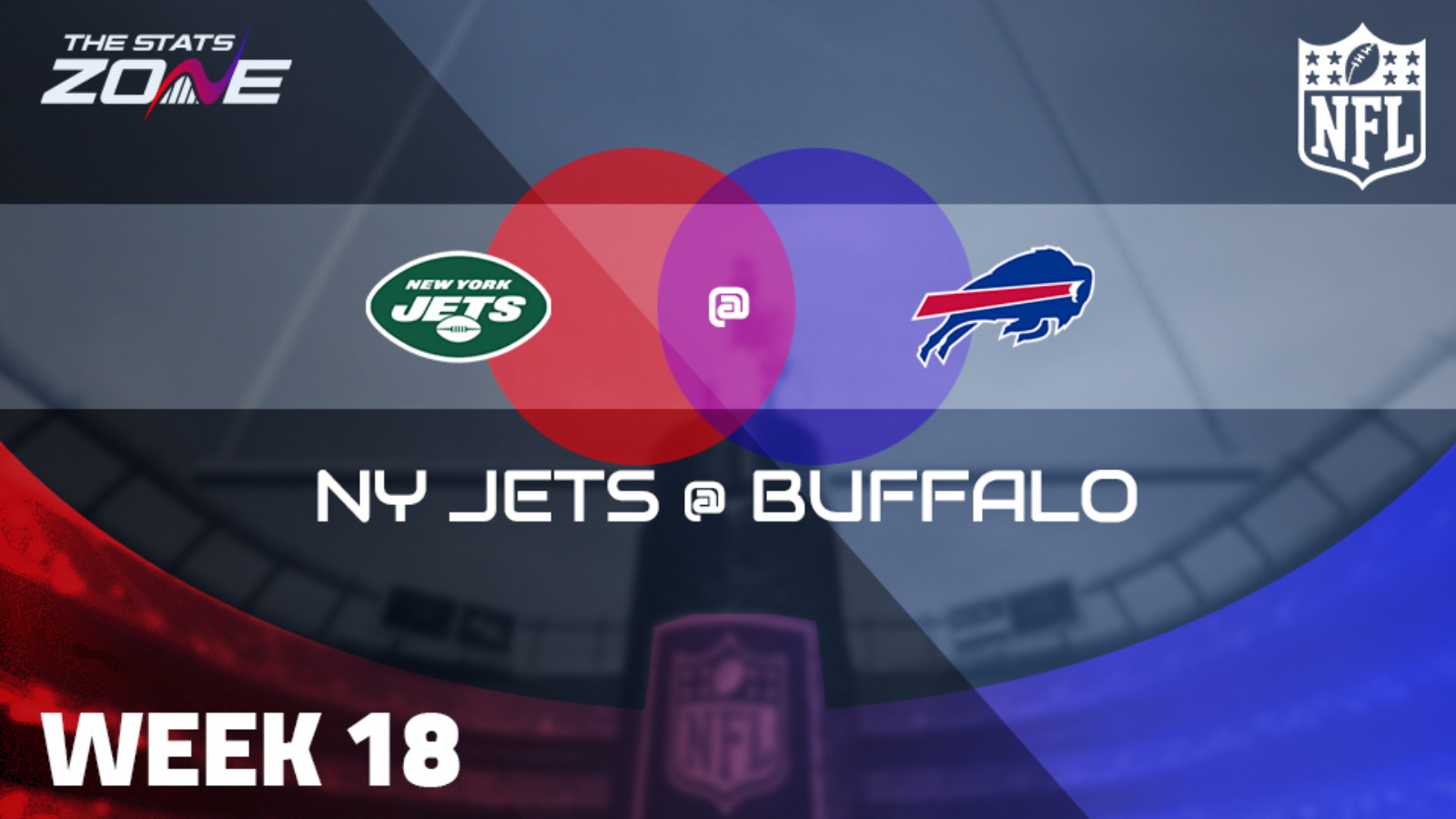 What is the expected weather for New York Jets @ Buffalo Bills? 1c, cloudy

Where can I get tickets for New York Jets @ Buffalo Bills? Check Ticketmaster for ticket information on selected games

Buffalo Bills will secure the AFC East title by defeating New York Jets and they will be very confident of doing so against their divisional rivals that have managed just four wins all season. The 10-6 Bills have won three straight after overcoming Atlanta Falcons last week and with three consecutive wins over the Jets to boot, it is difficult to see the home team surrendering their position at the top of the division with a very comfortable victory expected.