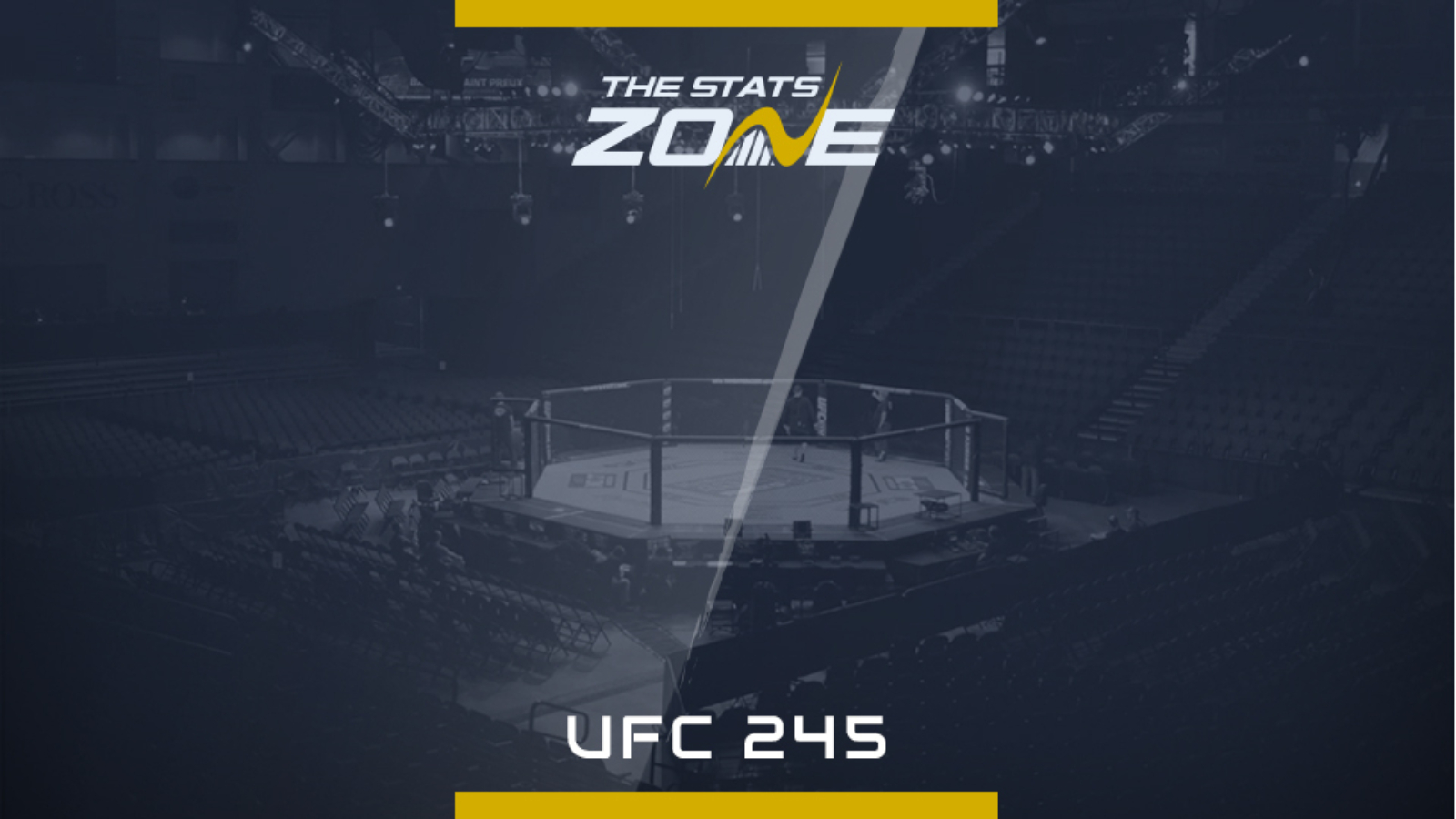 The best MMA card of the year takes place at UFC 245 on Dec. 14th at T-Mobile Arena in Las Vegas. Three UFC titles are on the line and all five fights on the main card are must-sees for one reason or another. Below, we got the odds for all five bouts from this list of top sportsbooks, with free picks for each main event fight at UFC 245.

Where can I stream UFC 245? BT Sport subscribers can stream the fight online via the BT website

Two fighters prone to go to decision square off for the welterweight title in the main event of the night. Usman (15-1) is a -195 favorite and has seen his odds get shorter over the last ten days.

Both are great wrestlers and decent, though not powerful, strikers. Few people have ever been able to control Covington (15-1), but Usman has been able to take down basically every opponent he has ever faced and has yet to be taken down himself in his UFC career.

If they hold, Covington’s +165 odds will be, by a wide margin, the longest odds he’s ever had entering a fight. But it’s hard to see what he does better than the champ, who’s eager to turn himself into a welterweight legend.

Holloway (21-4) enters as a -175 favorite and certainly looked back to his old, dominant self against Frankie Edgar, winning a never-in-doubt five-round decision. But he lost his previous fight to Dustin Poirier and is susceptible to takedowns.

Volkanovski (20-1) is going to give the champ everything he can handle. Riding an unbelievable 18-fight win streak, the 5’6 Australian somehow has a two-inch reach advantage on the 5’11 Holloway and will use his Greco-Roman background to control where the fight takes place. If he’s not winning the standup battle, he’ll try to move it to the mat.

All in all, the challenger has more routes to victory.

De Randamie may last longer than a single round this time, but lasting all five is a long shot, and winning even more so. Don’t hesitate to put this one on your parlay cards.

Moraes (22-6-1) won’t throw with the same volume as Volkanovski, but he will hit with more power. If Aldo’s striking defense doesn’t get better from his last fight, this could end early.

Moraes will certainly be eager to put his most-recent fight - a third-round TKO loss to Henry Cejudo - behind him. Despite losing as roughly a -130 favourite against Cejudo, Moraes is -185 to beat Aldo (+160) and his power should prove the difference-maker.

The first fight on the main card is a resurgent Urijah Faber (35-10) taking on a fast-rising Petr Yan (13-1). The MMA legend is on the wrong side of 40 and retired in 2016 after losing four of his final eight fights. His comeback started with a win quick KO victory against Ricky Simon, but Yan is a step up in competition.

The lopsided nature of this fight is reflected in the odds, with Faber a huge +385 underdog and Yan a -500 favorite. The dynamic, well-rounded Yan will get a stoppage win in the later rounds. That said, -500 is too short a price when the opponent has dangerous one-punch power like Faber does.

Tune into BT Sport 1 circa 3:00AM GMT to watch the main card live and enjoy a fantastic night of MMA action.