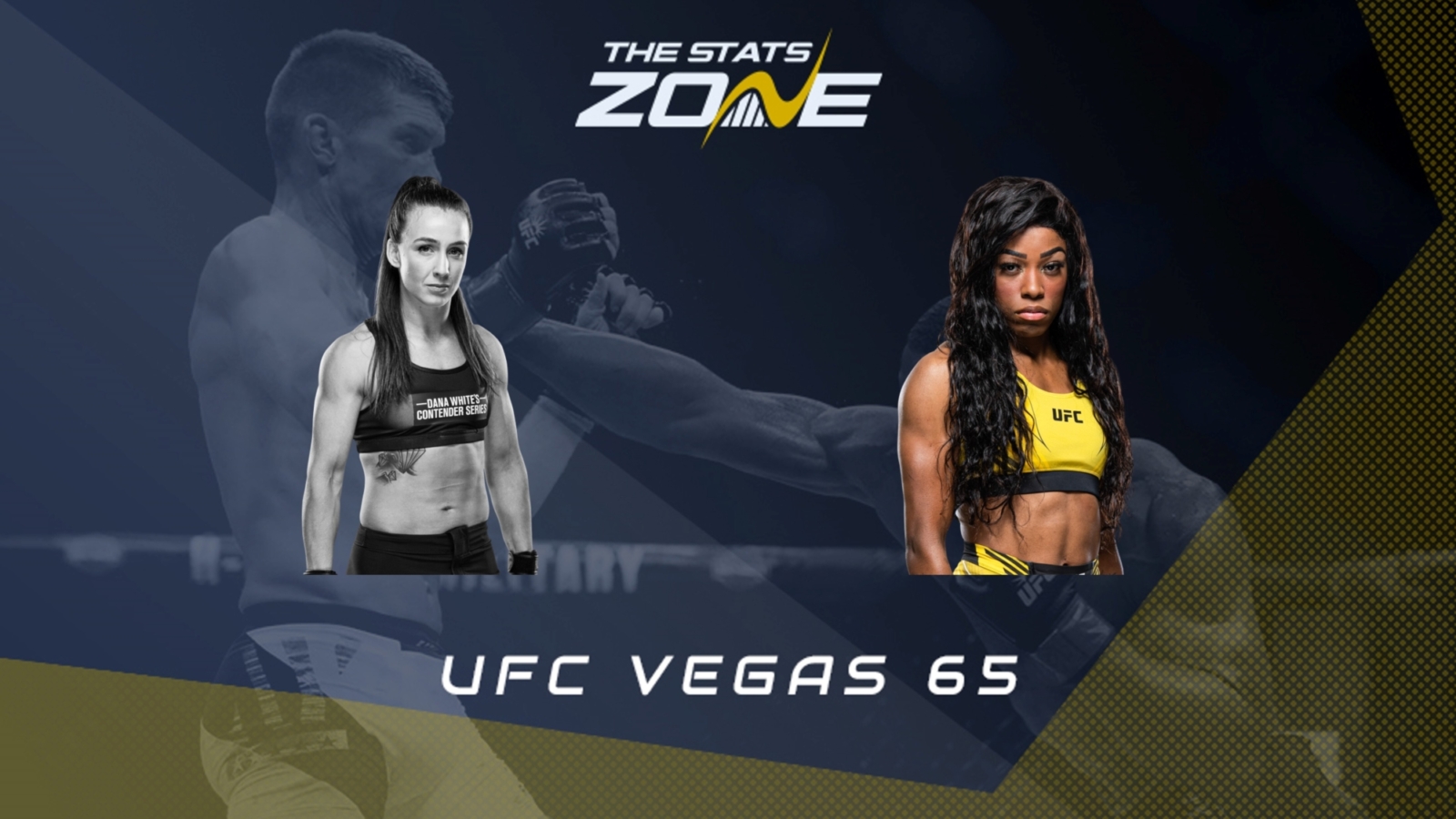 After stepping up to fight JJ Aldrich (2021) on short notice, Vanessa Demopoulos (8-4) dropped to 1-3 in four fights. She lost a unanimous decision on debut and also lost decisions against the formidable Cory McKenna (2020) on the Contender Series and Loopy Godinez (2020) for LFA. However, she is starting to show her true colours by submitting Silvana Gomez Juarez and outpointing Jinh Yu Frey this year.

We are yet to see what Maria Oliviera (13-5) is really made of. She stepped out for her UFC debut last year against Tabatha Ricci who completely stifled her with her grappling to earn a unanimous decision. She then took on Gloria de Paula back in June and picked up her first UFC win, but it was a razor-thin split decision.

Oliveira will boast a four-inch height and nine and a half-inch reach advantage which is colossal at strawweight. We can fully expect Demopoulos to try and close that distance as soon as possible put the Brazilian on her back.

Oliveira is a dangerous striker with suspect takedown defence, so the clear route to victory is to tie her up and at the least grind out a decision. Do not expect Demopoulos to have the same success as Ricci, but if she is persistent, she can bag a couple rounds.

However, Oliveira just needs to defend the majority of takedown attempts to completely swing the fight in her favour and piece Demopoulos up from range.

This will be close and expect both ladies to succeed in their strategies, but Demopoulos’ wrestling and control time could be enough to sway a couple judges at least.