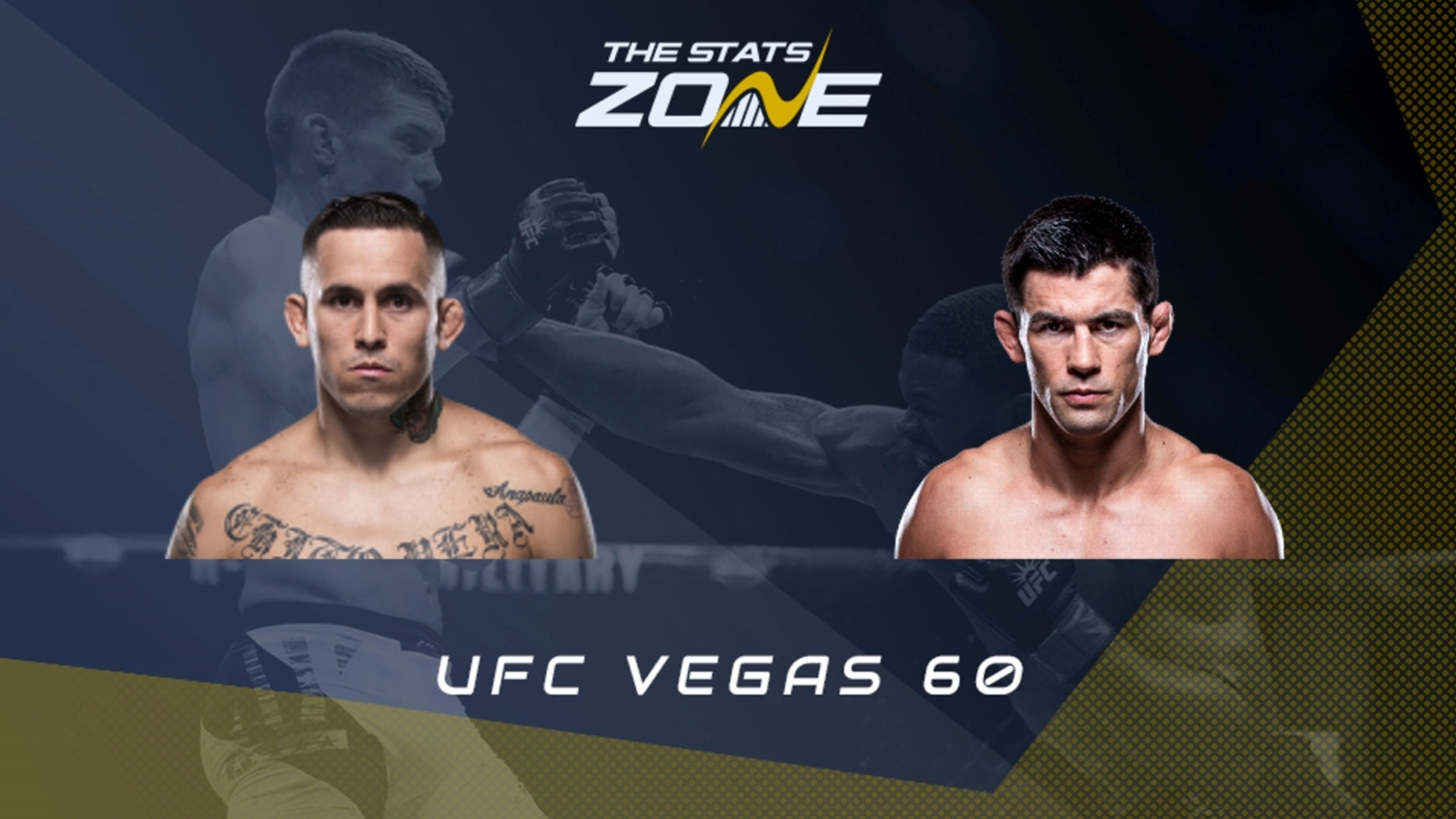 Where is UFC Vegas 60? Pechanga Arena, San Diego, California (US)

Where can I stream UFC Vegas 60? BT Sport subscribers can stream the fight online via the BT Sport website

Marlon Vera (19-7-1) is hitting his peak as he takes on another former champion. The last champ he fought was the former featherweight king Jose Aldo (2020) who simply had too much class for him on the night sealing a unanimous decision. That made it two losses in three, but he responded with a classy unanimous decision of his own against Davey Grant (2021) and then put on his best performance to date, piecing the former lightweight champion Frankie Edgar (2021) up before sealing his fate with a beautiful front kick. He then followed that up with another unanimous decision over Rob Font back in April.

Dominick Cruz (24-3) is proving there is still life in the old ‘GOAT’ yet. A myriad of career-threatening injuries robbed him from enjoying his prime, but he has fought three times since 2020 which is great to see. He waltzed straight back into a title shot against Henry Cejudo (2020) after nearly four years out recovering from more injuries. The return did not go his way suffering an early TKO, but he racked up quality decision wins last year showing glimpses of his old self. He earnt a split decision over Casey Kenney and then convinced all three judges against his friend Pedro Munhoz.

A win for either man will prove that they can compete for the title. Vera will prove he can step up to that level and Cruz will prove he is still there, but that said, the bantamweight division has never been so stacked and there is already a queue of contenders waiting in line for Aljamain Sterling.

Cruz is made for the championship rounds and his cardio and experience is still there plain to see. Vera went five rounds for the first time in his career against Font but looked incredible increasing the pace and output as the fight went on. As we expect this to stay on the feet, it is destined to be a fast-paced chess battle.

Vera has more tools attacking with all eight limbs whereas Cruz relies more on his boxing and movement, particularly his defence. He has lost a touch of pace which is inevitable over time and injuries, but his defence will have to be on point against Vera.

Expect Vera to target the compromised legs of Cruz hoping to disable his movement like Cejudo did. He will want to chop him down so he can enter the pocket and unleash kicks and knees down the middle. Cruz will look to frustrate him making him hit clean air. He will know Vera can get easily frustrated and he will use his nous and composure to lure him in and pick him apart with counters from awkward angles.

We can see a vintage high-output, defensively sound Cruz performance especially as Vera eats a lot shots in every fight. We can also see Vera at his absolute best disabling Cruz with leg kicks and constantly poking him with his front kick piling on more damage to set up a late finish or decision. Either way this is going be a thrilling high-level battle.