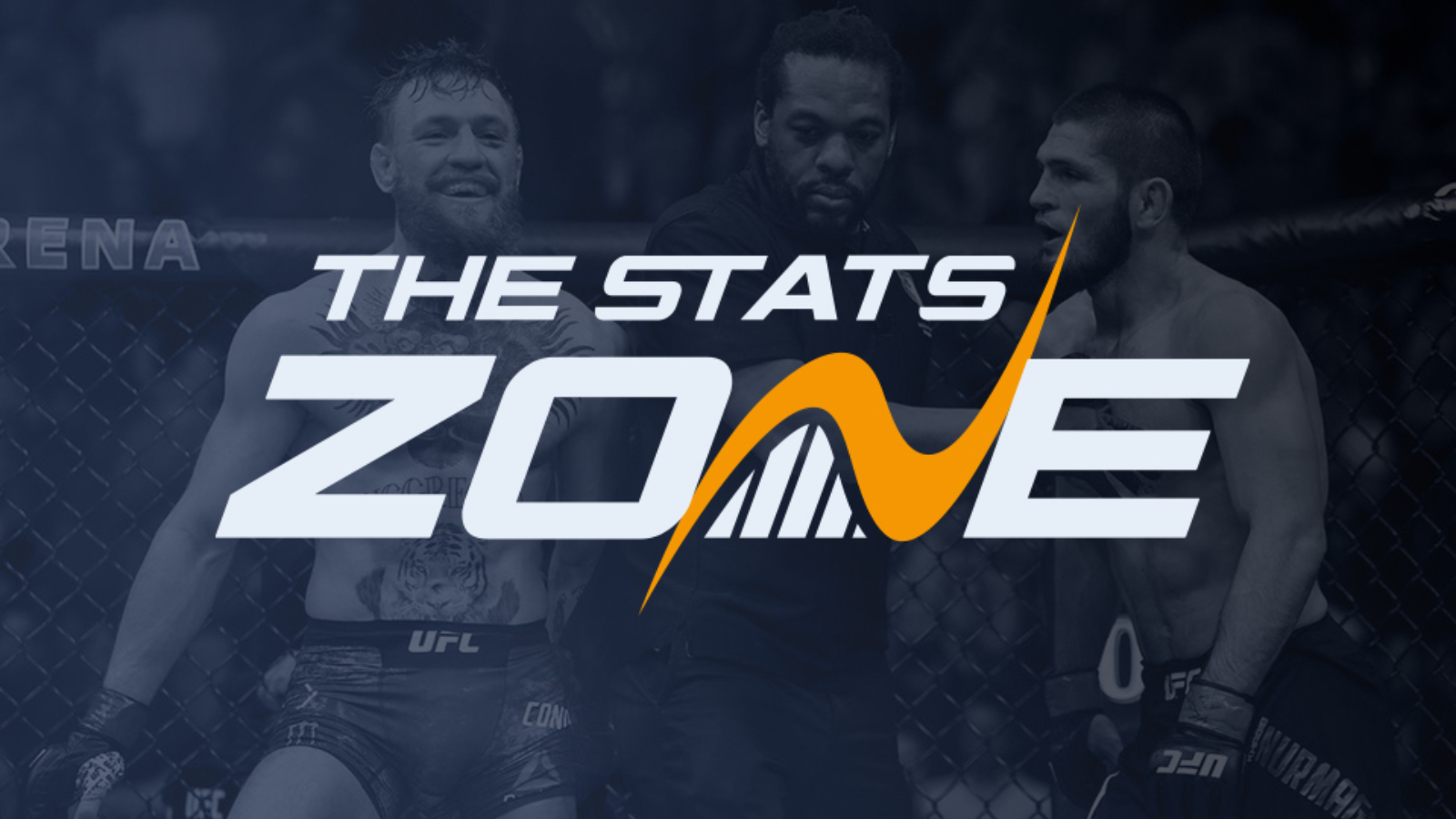 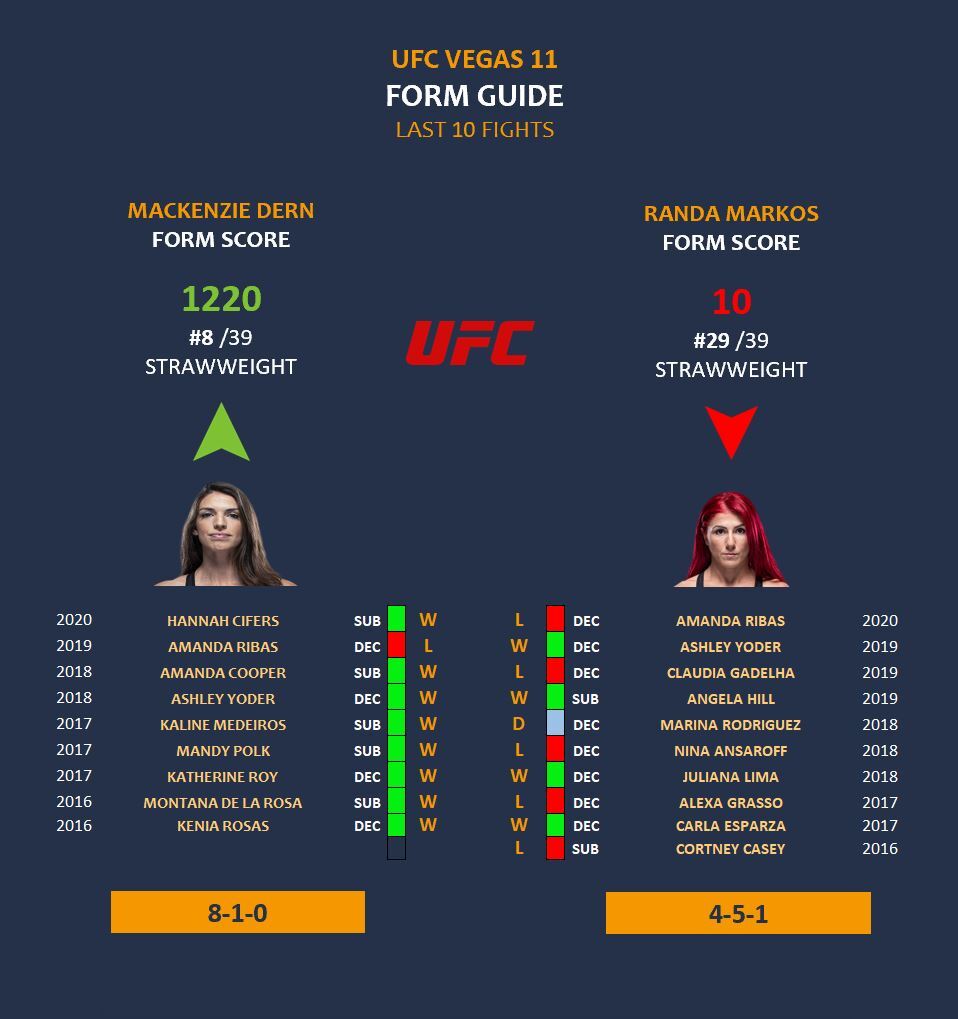 Mackenzie Dern is back in the top 10 most in-form strawweights after bouncing back from the first loss of her career. Her dominant loss to Amanda Ribas saw drop to #18 but after a typical performance and ruthless submission over Hannah Cifers she is back up towards the top. However, she will do well to continue the march as apart from Ribas, Randa Markos is her toughest opponent to date.

Markos has always had a low form score as she has not managed to string two wins together ever in the UFC. But, when you start your UFC career after your fifth professional fight you are never going to have a flattering record and she has done well to remain relevant in the stacked division since it was introduced. She has also fallen victim to Ribas but her pattern of responding to losses with wins may give her some confidence going into this one.

Physically, both ladies match up very similarly at 5’4” and a 63-inch reach but the biggest difference is their experience. Dern only has nine MMA fights whereas Markos has spent most her career slugging it out with the best in the UFC.

Markos also has more tools, but Dern’s sharpest tool is obviously her jiu-jitsu as arguably the best female jiu-jitsu practitioner in the UFC. So, this will all come down to Markos’ takedown defence which is only 58%.

Markos will make Dern work hard for the takedown and the longer the fight stays on the feet, the more points she will rack up for the judges. However, she does not quite have the wrestling of Amanda Ribas who was able to control Dern in top position so if they go to the floor, Markos is in serious trouble only needing one opening to wrap up a submission.