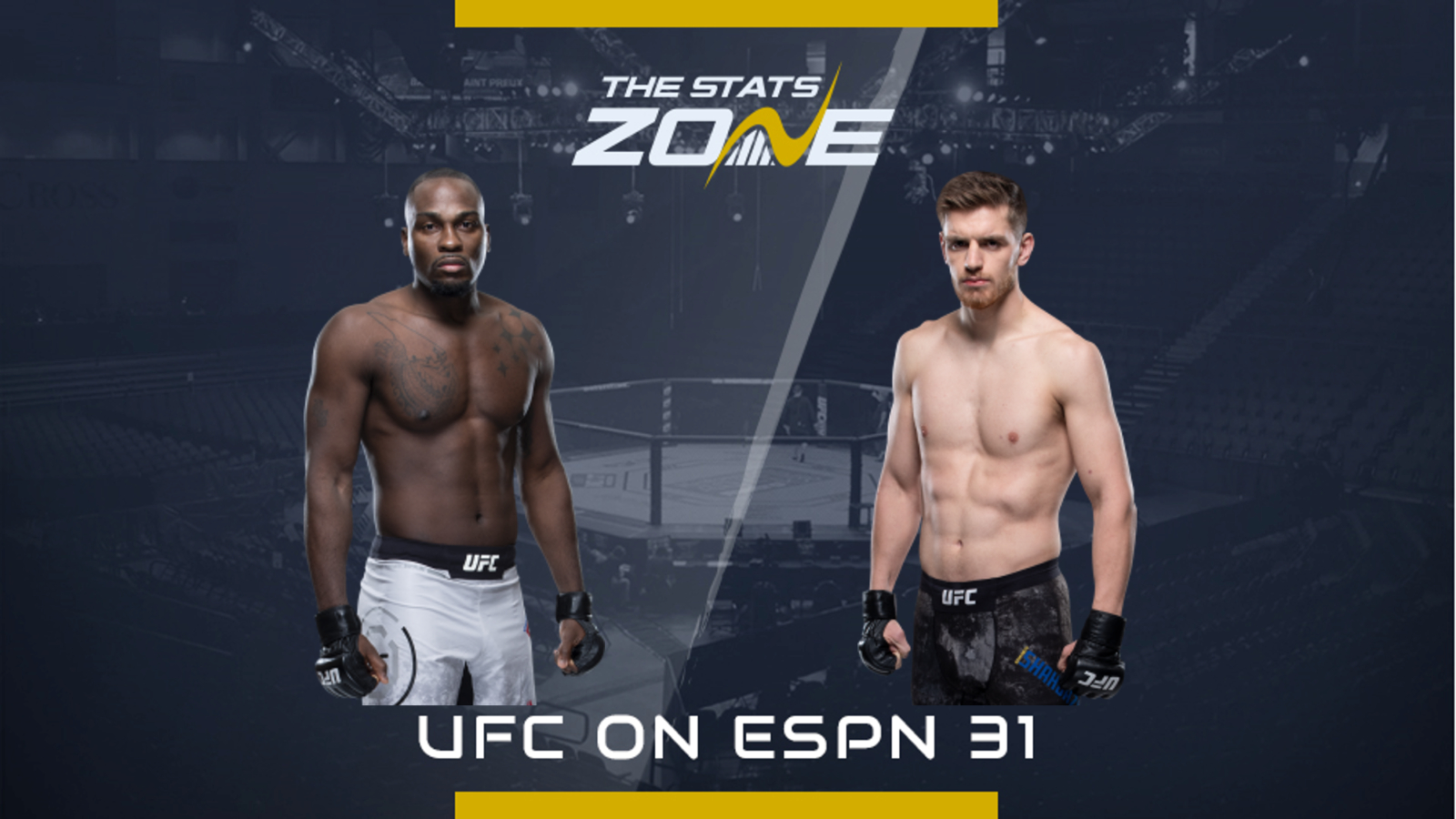 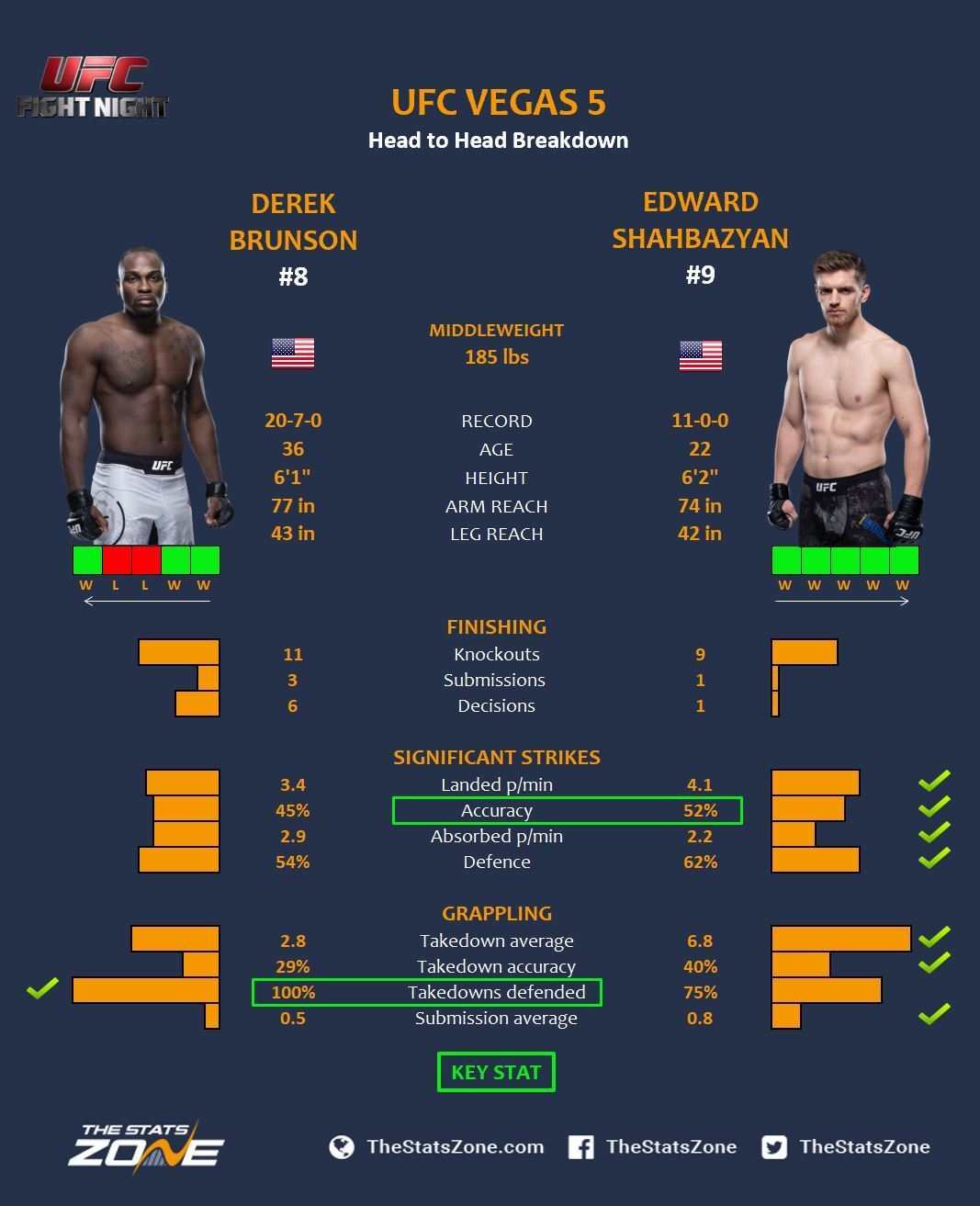 After Irene Aldana tested positive for COVID-19, her fight with Holly Holm has been postponed which has given Edmen Shahazyan the opportunity to headline his first UFC event with veteran Derek Brunson.

Brunson has looked rejuvenated since his back-to-back knockout losses to Jacare Souza and Israel Adesanya. He bounced back with calculated unanimous decisions against the formidable Elias Theodorou and Ian Heinisch adding some much-needed patience and nous to his game.

Shahbazyan is one of the hottest prospects in the UFC right now after entering the game as Ronda Rousey's training partner as a young teenager. He now sits proudly on an unblemished record. Since his UFC debut in 2018 he has continued to raise his stock. He got through that debut with a close decision against Darren Stewart but put everyone on notice with beautiful knockouts over Charles Byrd and Brad Tavares sandwiching another dominant submission victory over Jack Marshman.

Shahbazyan has looked great but this is a giant step-up in competition. The Byrd win was part of a three-fight losing streak, Marshman has weak takedown defence and Tavares was coming off a long layoff. That said, Shahbazyan will be the favourite and rightly so.

He is the most seamless 22-year-old around showing hardly any weaknesses so far. However, this is his toughest test because Brunson is an exceptional wrestler who has never been taken down in the UFC and a seasoned striker known for his knockout power.

This fight will be won on the feet and Brunson could easily pull off the upset but only if he is patient and does not resort to his old reckless ways. The worrying sign is his susceptibility to getting knocked out and Shahbazyan’s power. With how quickly he is improving we are backing him to add his 10th knockout but if you are betting, Brunson is the pick.