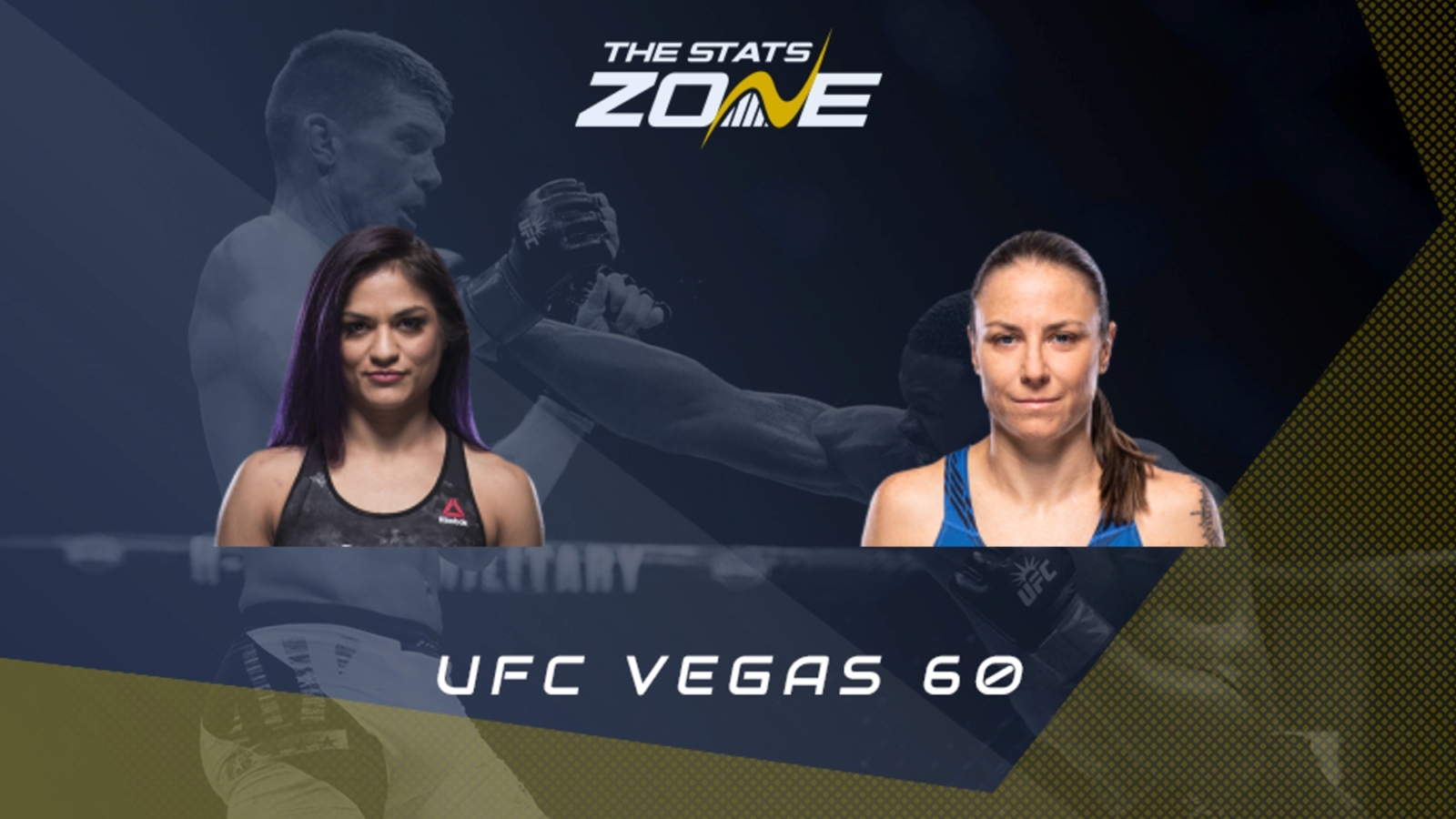 Where is UFC Vegas 60? Pechanga Arena, San Diego, California (US)

Where can I stream UFC Vegas 60? BT Sport subscribers can stream the fight online via the BT Sport website

After her last fight, Cynthia Calvillo (9-4-1) looked like she was ready to check out of the sport all together. She took on Andrea Lee in November last year and it was expected to be very competitive, but she hardly put up a fight and threw the towel in after the second round. That made is three losses in a row after Jessica Andrade also TKO’d her two months prior which came after a dominant unanimous decision loss to Katlyn Chookagian a year before. It is good to see her back and we hope she is motivated.

Nina Nunes’ (10-7) long-awaited return was expected a couple weeks ago at UFC Vegas 58 but she fell ill on the day of the fight. Gutting, especially as she has only fought once in three years. Prior to that, she got fed to one of the best female wrestlers we have seen in Tatiana Suarez who earnt a unanimous decision snapping an impressive four-fight win streak. She eventually returned in April last year against the jiu-jitsu wizard Mackenzie Dern who made short work of Nunes catching her in an armbar in the first round.

Both ladies are at a crossroads with another loss leaving them in limbo. Nunes is 36 years old now and competition is only getting tougher. As for Calvillo, she has a ton of talent as a tough and technical boxer with solid grappling, but heart and fight IQ has let her down so who knows what is next for her if she loses four on the bounce.

She will have the edge here in grappling department, but it would be a surprise if she stuck to that as a game plan. It was a clear path to victory against Chookagian, but after she fended off three attempts, Calvillo stopped trying and then got pieced up on the feet for the rest of the fight.

We can see that happening again here. Nunes does not have the same range, but she has the technique and power to win the exchanges and cause more damage. If this remains standing, you have to back Nunes, but if Calvillo gets her wrestling boots on, this will be very interesting.

That said, it must be incredibly tough to get back to anywhere your best after giving birth let alone fight in the UFC. Considering Calvillo’s inconsistency, Nunes is the value bet as the underdog, but if Calvillo is motivated, she should win this.