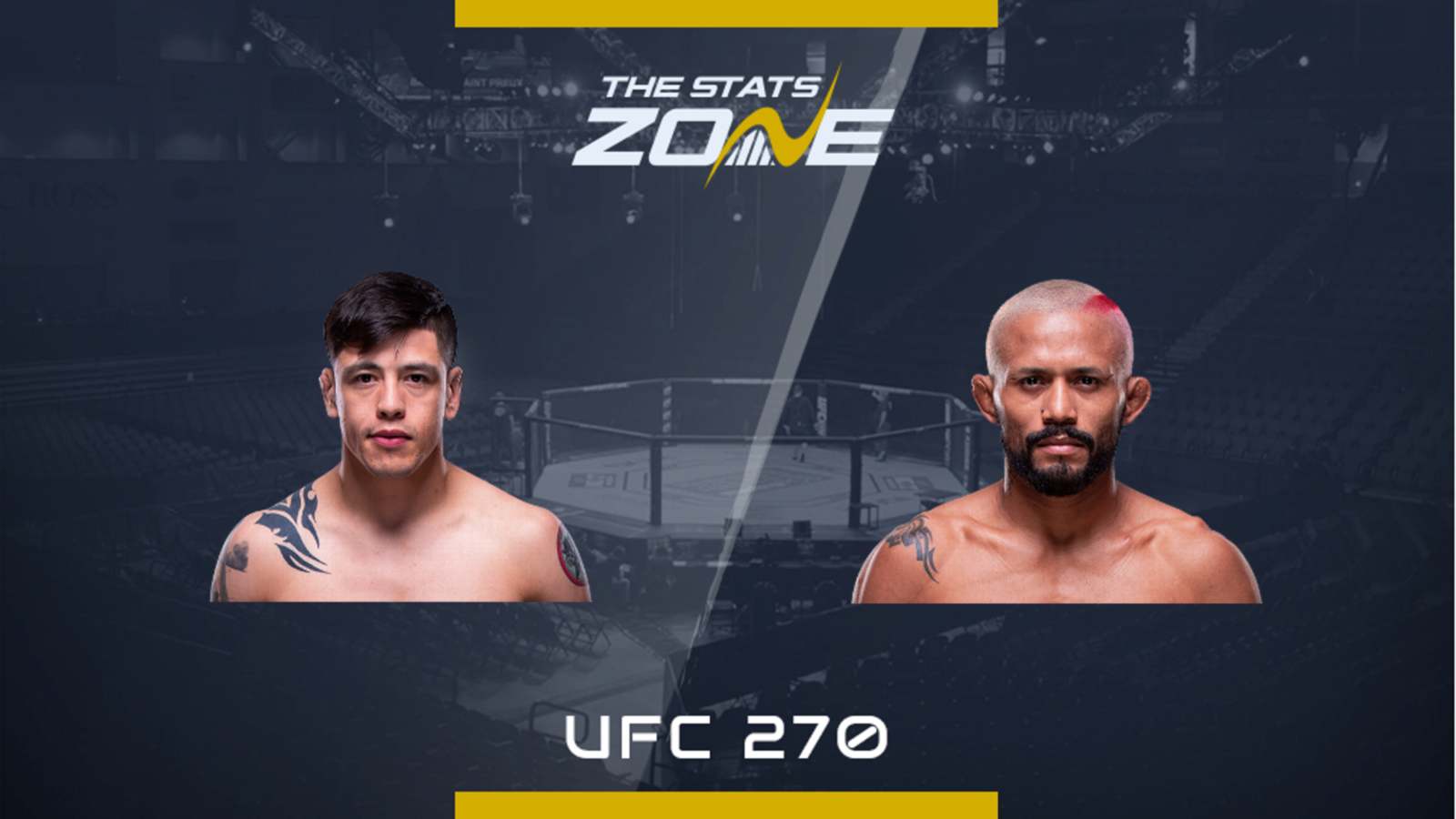 Where is UFC 270? Honda Center, Anaheim, California (US)

Where can I stream UFC 270? BT Sport subscribers can stream the fight online via the BT Sport website

The trilogy fight is upon us as Brandon Moreno (16-3) defends his fresh new belt for the first time. He went into his first fight with Figueiredo off the back off three great wins over Kai Kara-France (2019), Jussier Formiga (2020) and Brandon Royval (2020). It was an epic battle and ‘fight of the night’ with nothing between as the fight ended in a majority draw. The rematch was inevitable six months later in June last year and Moreno made the vital improvements to take home the belt. It was another fierce scrap with Moreno’s grappling and pressure forcing Figueiredo to wilt and he sealed the deal with a rear-naked choke in the third round.

Deiveson Figueiredo (20-2-1) is desperate to get his gold back despite actually looking happy he lost the last fight. He wants revenge on Moreno for inflicting those two blemishes on the extremely impressive record. He was on a five-fight streak including a TKO and submission over Joseph Benavidez (2020) to claim the belt and a submission over Alex Perez for his first defence. If he can earn the belt back, Figueiredo vs Moreno 4 will be on the horizon, but if he losses, a move up to the bantamweight division could be on the cards

In their first fight Figueiredo landed 137 significant strikes to Moreno’s 132. He was also more accurate with 57% accuracy to Moreno’s 53% and two of the judges had him edging it but the point deduction for groin strikes in the third round dragged the result back to a draw.

The second fight was more conclusive with Moreno out landing Figueiredo by 47 significant strikes to 24 and completing both his takedown attempts. Figueiredo started too slow, and Moreno capitalised by rocking him early and then called upon his grappling to find a submission in the third round. It was an incredible performance after the first war and now it is down to Figueiredo to make the adjustments if he wants his belt back.

Figueiredo has to start quicker so he is not chasing the fight. We need to see that trademarked aggressiveness and power to direct the course of the fight. We know Moreno is going to bring that relentless pressure and volume. He also displayed the advantage on the mat, so he is the clear favourite here.

Moreno has never been finished and not many flyweights can go eight rounds with Figueiredo without getting knocked out and submitted and that is why we are also backing the Mexican. We expect an improved version of Figueiredo, but we also expect Moreno’s durability to be able to endure five rounds again.

So, we are leaning towards a Moreno decision, but this is destined to be another ferociously competitive scrap and there are not many outcomes to this fight that would surprise us.