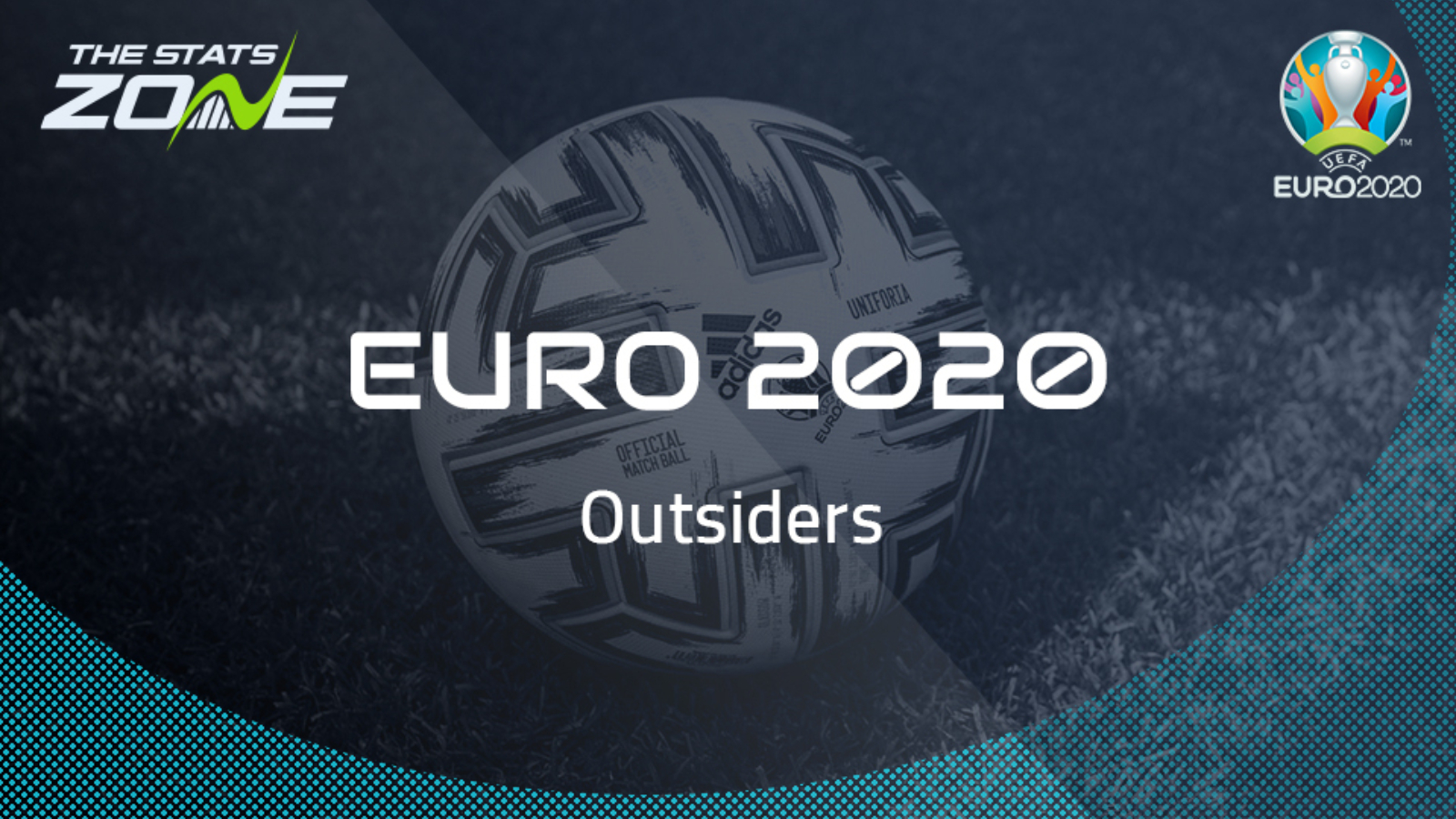 With EURO 2020 drawing ever closer, we take a look at the best outsiders for the competition and argue as to why they could upset the favourites as Greece did back in 2004.

Our first outsider in focus is Group B side Denmark. Whilst they may lack the superstar names within their squad, they do possess an outstanding team unit with a sprinkling of top quality that can give them the edge in close encounters. Kasper Hjulmand’s side are built from a solid defensive foundation and enter EURO 2020 having kept six clean sheets over the course of their last eight competitive matches. Such stability in their backline is led by captain and centre-back Simon Kjaer of AC Milan, with Leicester goalkeeper Kasper Schmeichel between the sticks, who has to be considered amongst the best of all the respective keepers heading into this summer’s tournament.

Going forward, they have 29-year-old Christian Eriksen pulling the strings and the Inter Milan midfielder is more than capable of providing moments of magic either from open play or set-pieces to help conjure a Danish goal at any given time. Denmark should have no trouble getting through Group B, with the likes of Finland and Russia no doubt earmarked for Danish victories although their clash against Belgium will be tough. Should Denmark make it to the knockout stages, anything can happen and victory away at Wembley against heavily fancied England last October in the UEFA Nations League proved what Denmark can do against the stronger countries. Who knows, maybe 1992 can be repeated! If so, those backing the Danes should considers some Betway sign up offers!

Since September 3rd 2019, Turkey have lost just once in 13 international fixtures (including friendlies). Being so hard to beat is a very positive trait to have heading into tournament football and Turkey will be hoping to carry that momentum deep into EURO 2020. Like Denmark, Turkey boasts an extremely strong defensive that shone throughout their qualification campaign, conceding just three goals across ten matches and racking up eight clean sheets. No doubt centre-half Caglar Soyuncu will play a crucial role for Turkey from both a defensive and attacking perspective due to his additional threat from set-pieces.

Just as importantly going forward, Turkey can call upon not only a genuine goalscorer, but also a leader amongst men. Striker and captain Burak Yilmaz is coming off the back of an excellent season that saw him net 16 times for club side Lille, helping them shock French football by beating PSG to the Ligue 1 title. At 35 years old, Yilmaz’s experience and natural leadership skills could go a long way towards helping Turkey exceed expectations throughout EURO 2020.

Back in 2016, Poland exceeded expectations by reaching the quarter-final stages of the European Championships for the first time in their history. They’ll be dreaming of going even further this time, but unsurprisingly considering the standard of opposition, they are not seen as potential winners. However, to write them off completely wouldn’t be the smartest move, just ask the people of Greece! Poland topped their qualification group comfortably, winning eight of their ten matches, losing just once and conceding only five goals. What gives them an outside chance at EURO 2020 compared to other longshots is their captain, all-time record goalscorer and arguably the deadliest striker in world football today.

Robert Lewandowski has enjoyed yet another scintillating season at Bayern Munich, scoring 48 goals in 40 appearances across all competitions - the sixth successive season in which Lewandowski has accumulated 40 goals or more at club level. The 32-year-old has also racked up 66 goals for his country and if given adequate service by his teammates, will find the net multiple times at EURO 2020. The ability to field a player of the quality that Lewandowski possesses is one that many other countries at the tournament simply cannot do and gives Poland not only an excellent chance of getting through Group E, but more importantly an outside chance of pulling off a huge shock by making all the way to the final.

Plenty of other unfancied countries will feel they hold the tools necessary to upset the applecart and win this summer’s European Championship. Netherlands 14/1 may be without the services of Virgil van Dijk, but still contain a number of stars amongst their squad such as defender Matthijs de Ligt, central midfielder Frenkie de Jong and in-form forward Memphis Depay. Croatia (33/1) made it all the way to the 2018 World Cup final back in 2018 and will no doubt believe they can go one step further at EURO 2020 with players such as Real Madrid’s Luka Modric and Inter Milan’s Ivan Perisic within their ranks. Then you have rank outsiders Wales (200/1). Despite being handed some of the longest odds of the countries competing in the tournament, the Dragons reached the semi-finals of their maiden European Championship campaign five years ago, knocking out Belgium in the process. Led once again by talismanic attacker Gareth Bale, could Wales shock the whole of Europe once again this summer?