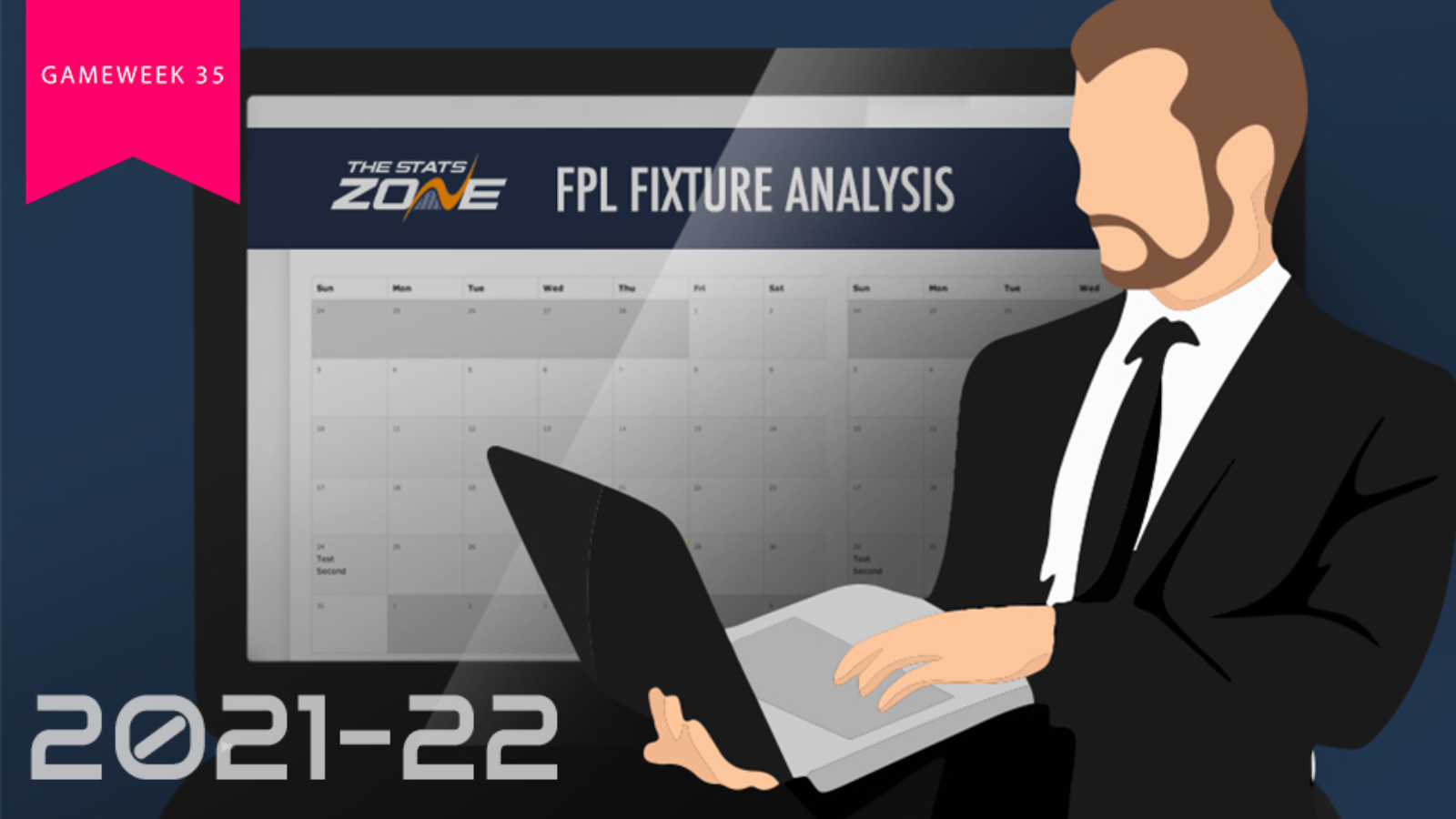 The first fixture of Double Gameweek 34 was dominated by Arsenal and Bukayo Saka (£6.8m) in particular, who scored from the penalty spot and supplied an assist as the Gunners overcame Man Utd 3-1 with Cristiano Ronaldo(£12.2m) netting for the visitors. Man City took the headlines across the Saturday 3pm kick-offs, thrashing Watford 5-1 in a match that saw Gabriel Jesus (£8.6m) steal the show, bagging four goals and an assist. The final fixture of the day however, was a damp squib as Spurs could only draw 0-0 away at Brentford, meaning that the likes of Heung-Min Son (£11.0m), Karry Kane (£12.5m) and Dejan Kulusevski (£6.4m) all blanked for a second straight week.

Over 50,000 of you have already transferred in Gabriel Jesus for Gameweek 35 after his four goals against Watford! 🔄 Do you think he's certain to play against Leeds after that performance? #FPL https://t.co/kokOIuigFr

Sunday was a successful day for Burnley who made it two straight wins and two successive clean sheets as they overcame Wolves 1-0 through a Matej Vydra (£5.2m) goal. To make matters even better for the Clarets, relegation rivals Everton fell to a 2-0 defeat away at bitter rivals Liverpool, although Frank Lampard’s side kept the Reds out for 62 minutes. Defender Andy Robertson (£7.3m) a highly popular FPL asset scored the opening goal. Chelsea meanwhile, left it late to beat West Ham 1-0, Christian Pulisic (£7.9m) scoring the winner.

Props to anyone who has had Robertson in their team last 10-12 weeks. 👏🏼

As it stands, Gameweek 35 is set to consist of the regular ten fixtures as FPL managers gear up for a seismic Double Gameweek 36 immediately afterwards. We highlight those teams who look set to deliver high point returns from an FPL perspective as well as those players who could be in line to bag bumper scores.

CITY LOOKING TO MAKE THEIR MARSCH ON LEEDS

Man City gave a reminder of their FPL potential from an attacking perspective last weekend as they blitzed Watford, beating the Hornets by five goals to one. Gabriel Jesus was the headline story among FPL managers with his 24-point haul and it would be no surprise if he were to feature from the start again in Gameweek 35 as the Premier League champions travel to Leeds. The same side they defeated 7-0 in the reverse fixture, albeit with a different boss in charge with Jesse Marsch having since taken over from Marcelo Bielsa.

KDB has quietly been absolutely phenomenal in this title run in.

One player who is indispensable to this Man City team is midfielder Kevin De Bruyne (£11.8m). With four goals, four assists and 56 FPL points across his last six league appearances, his fantasy potential in Gameweek 35 couldn’t be any clearer. De Bruyne bagged a brace against Leeds at the Etihad Stadium, whilst both Riyad Mahrez (£8.6m) and Phil Foden (£7.8m) picked up a goal and assist each. On the defensive side of things, owners of Joao Cancelo(£7.1m) will be hoping the Portuguese full-back makes up for his measly one point accrued against Watford last time out.

WILL NEWCASTLE PLAY TO LIVERPOOL’S TOON?

With six straight wins at St. James’ Park under their belts, confidence is high at Newcastle Utd. However, none of those wins saw them face an opponent the quality of Liverpool, who are next to make the long journey to the North East in Gameweek 35. Jurgen Klopp’s side can go back to the top of the table at least temporarily with three points here and that should serve as adequate motivation in itself.

Be aware that the Reds are in Champions League semi-final action just three days earlier, but with the Premier League title race so tight, it would be huge gamble if Klopp were to rest any key players in Gameweek 35. Therefore, the likes of Mo Salah (£13.2m) and Sadio Mane should start (£11.7m) as part of their three-pronged attack. In defence, centre-back Virgil van Dijk (£6.8m) is expected to lead a backline that has kept clean sheets in seven of their last eight league games with full-backs Trent Alexander-Arnold (£8.4m) and Andy Robertson as potent going forward as they are in defence. However, those two could perhaps be most at risk of rotation with the likes of Joe Gomez (£4.7m) and Konstantinos Tsimikas (£3.7m) both angling for rare starts.

SPURS TO MAKE IT CONTE AGAINST DISTRACTED FOXES

As risky as it is for FPL managers to put their faith in Spurs’ attacking assets after they have failed to score a goal in each of their last two Premier League matches, a home clash with Leicester in Gameweek 35 is the perfect fixture on paper for them to bounce back with a vengeance. The Foxes will be coming off the back of a gruelling Europa Conference League first-leg tie with Roma just three days prior to this contest and with the second-leg the following Thursday, Leicester’s motivation for this game surely could not be any lower.

Both Kane (£12.5m) and now Son (£11.0m) have dropped this week. Their next game is at home to Leic. Leic play Roma in the Europa, with both legs either side of Spurs away. It has mass rotation for Leicester written all over that Spurs game making Kane/Son ©️ material IMO #FPL https://t.co/yAy6etr68F

It would be no surprise if Brendan Rodgers was to field a weakened team in order to give his key stars a rest ahead of their trip to Rome. With that in mind, FPL managers should seriously consider holding onto their Spurs assets such as midfielders Heung-Min Son and Dejan Kulusevski alongside forward Harry Kane. At the back, Matt Doherty’s injury means that the position of Emerson Royal (£4.5m) as a starter should be nailed on and the cheap budget enabler gained 8 points in Double Gameweek 34 after keeping a clean sheet against Brentford.