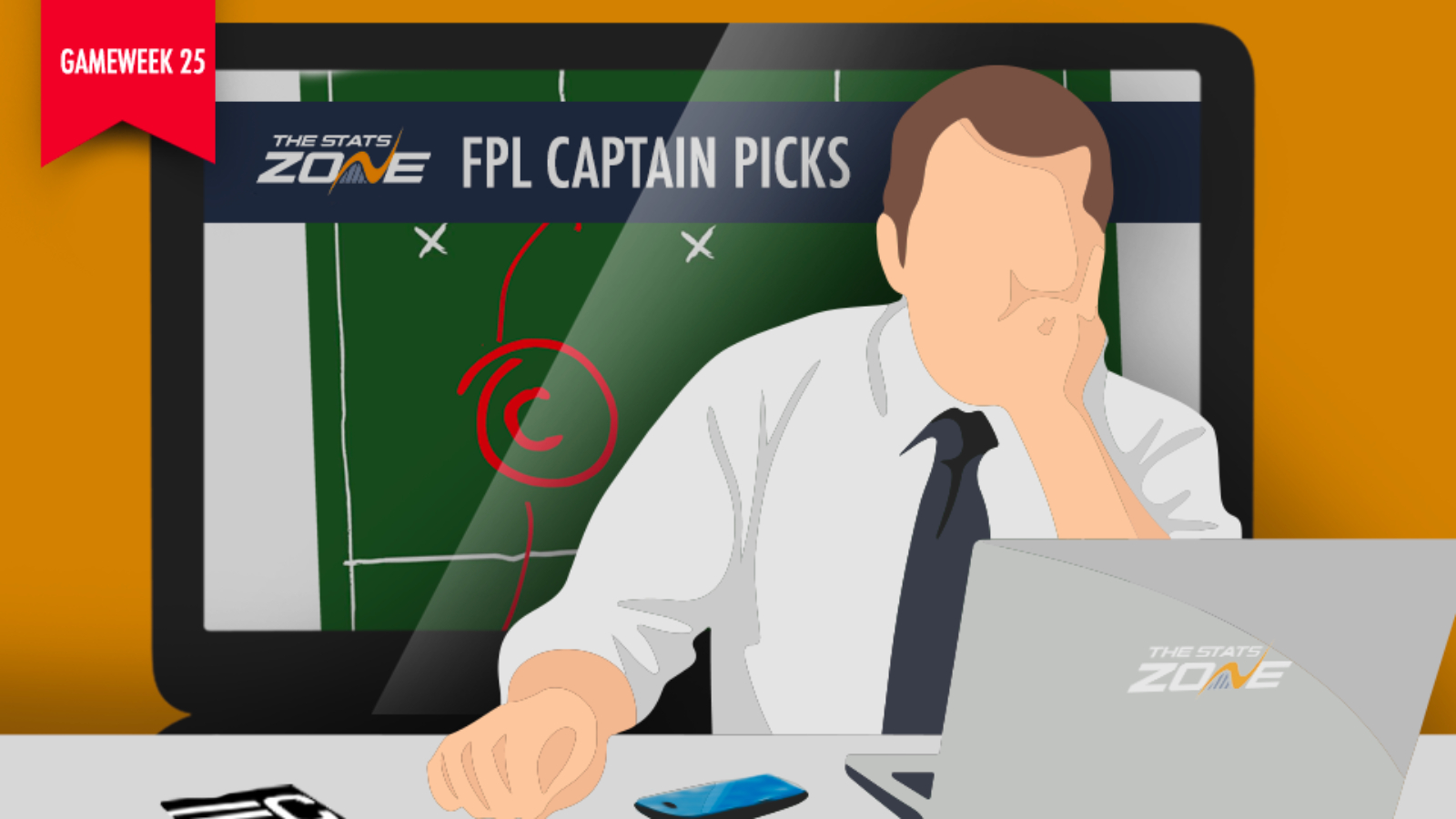 The first double gameweek of the season is almost done in a swirl of at best mediocrity, at worst complete despair. Sadio Mane (£12.4m) became the latest in a long line of failed triple captained players, as the Senegalese international limped off after 32 minutes with a muscle injury. Since then, Mane has been ruled out of the midweek match against West Ham, with his one-point return invoking memories of failed triple captaincy choices from the past – we're looking at you Leroy Sane (£9.3m) and Harry Kane (£10.8m). As the years go, on there does seem to be a growing trend on who not to triple captain – namely those players who have four letter surnames ending in e/é. In the words of @BenCrellin, “Let's not fall into the trap of triple captaining Nicolas Pepe (£9.1m) when Arsenal get a juicy Double Gameweek next season...” Wise words indeed, Ben.

Mane led the way in what was a fairly underwhelming performance for Liverpool captainers. Following the match against Wolves, only Trent Alexander-Arnold (£7.6m), Jordan Henderson (£5.4m) and Roberto Firmino (£9.6m) had any points worth having as Mohamed Salah (£12.5m) blanked and the club conceded for the first time in eight league games. At least those players will have a chance to make up for their blank from the weekend. Hoping for more consistency in the next gameweek, let's look at the captain options for Gameweek 25 ahead of Saturday’s 11:30am deadline.

Top of the pile for this week’s captaincy shout is Liverpool’s right back. At this stage of the season, it has finally reached the point where Trent, not Salah, not Mane, can now be considered the top captaincy choice from the champions elect. The right-back combines the perfect blend of attacking returns, clean sheet likelihood and explosive potential, all of it adding up to a result whereby a gameweek rarely goes past that he doesn’t secure some form of points return.

Trent Alexander-Arnold is the first defender in Premier League history to get 10+ assists in multiple seasons. pic.twitter.com/c9JTJHLy8a

Gameweek 16 was the last time Alexander-Arnold failed to return more than the obligatory two appearances points and this was only because he was brought off early in a 3-0 victory over Bournemouth. From an attacking standpoint, only Kevin De Bruyne (£10.6m) has more assists this season (17) than Alexander-Arnold, while his 14 total attacking returns is better than the likes of Raheem Sterling (£11.7m).

"Through 22 games, Liverpool have dropped zero points from winning positions, and conceded more than one goal only once — against Everton in December. Only Red Bull Salzburg have scored three goals against anything remotely resembling a full-strength Liverpool defence." 🤩 pic.twitter.com/oMxQdjjPxv

At the back, Liverpool currently boast the best defensive record in the league, having conceded just 15 goals this season. They also currently have the most clean sheets of any team in the league, with seven shutouts recorded in their last eight league matches. Furthermore, their opponents this weekend, Southampton, have not scored a league goal at Anfield since the 25th October, 2015. The conclusion of all of this is that TAA is one of the top captaincy options for GW25.

While placing the armband on Sergio Aguero (£12.0m) always carries with it the inherent risk of rotation and subsequent anger, the risks sometimes are far outweighed by the rewards. Since his return from injury, Aguero has been on absolute tear, scoring seven goals in four league appearances, during which time he has averaged 11.25 points per app. The stats are made even more impressive given he played only 23 minutes in one of those matches. Of the 12 league matches he has started this campaign, there have been 14 goals and 103 FPL points returned.

Players with the best goal contribution rate (minutes played for every goal or assist) in Europe's top 5 leagues among those who have played over 1000 minutes in their respective leagues - Sergio Aguero at #1 @OfficialFPL #FantasyPL #FPL https://t.co/YzllqXpomG

While the risk of rotation does tend to encourage managers to err on the side of caution, an away match against Mourinho’s Spurs does seem the type of fixture Guardiola will call upon his premier marksman. Aguero has a decent record against Tottenham, having scored 11 goals in 15 league appearances against them, though many of these came at the start of his City career. Plus, the Argentinian is always just one match away from his next four-goal haul and he does have form in this fixture, having netted four back in the 2014-15 season.

Having served out the remainder of his suspension during Arsenal’s FA Cup win against Bournemouth on Monday night, Pierre Emerick-Aubameyang (£10.7m) is once again available for selection ahead of Arsenal’s GW25 matchup against Burnley. Fully rested and no doubt chomping at the bit to get back into the action, the Gabonese forward is expected to come straight back into the starting line-up given that Alexandre Lacazette (£9.3m) has thoroughly underwhelmed during Aubameyang’s absence.

Aubameyang was in a rich rein of form before his red card, with three goals in four matches, and could hardly have asked for a better opponent than a Burnley side he has already scored against earlier this season. Indeed, since his arrival at Arsenal, Aubameyang’s record against The Clarets is as good as any in the league. Four appearances against the club have resulted in four wins, seven goals scored and one assist. In fact, the eight FPL points secured earlier in the season represents the least amount of points he’s ever scored against Sean Dyche’s men.

With the uncertainty surrounding Mane’s availability for the weekend, Salah becomes the go-to captain option from Liverpool’s attacking players. His record against Southampton isn’t too shabby either as in five league appearances against the Saints, Salah has only failed to secure attacking returns once – the home match this season. In the four other appearances, there have been five goals and an assist.

Is it a bird? Is it a plane? Nope, it’s Mo Salah’s #FPL ownership ahead of GW25 #FPLCommunity pic.twitter.com/iHGAlSsogX

Despite blanking in the first of his two fixtures during GW24, the Egyptian still has four goals and two assists over his last eight matches and appears to be returning to something like his best form after a slightly slower start to the season. While his conversion rate is down, his chance percentage has been up and it would seem only a matter of time before those chances start resulting in goals. His record when Mane doesn’t start is also excellent. In the two matches where Mane began on the bench (GW1 vs Norwich and GW16 vs Bournemouth), Salah scored and assisted in each of them.

After the relatively safe pick of Roberto Firmino (£9.6m) in the differential section last week, GW25 sees a return to form as the 4.8% owned Callum Wilson (£7.4m) is put forward for those FPL managers willing to roll the dice. Indeed, the stats make dire reading for even contemplating transferring Wilson into the side, let alone captaining the forward. One goal, no assists and an average of 2.00 points per appearance since Gameweek 8, doesn’t exactly scream CAPTAINCY APPEAL.

After blanking for 15 GWs in a row Callum Wilson has finally scored @OfficialFPL #FantasyPL #FPL https://t.co/AHakEUnh9h

The stats behind the stats don’t exactly make for good reading either. As it stands, Wilson has missed seven big chances this season and has currently had just 31 shots on goal. To put that into perspective, 31 is the same amount as Douglas Luiz (£4.4m) and one less than Pierre-Emile Hojbjerg (£4.8m). That said, the talent is certainly there as evidenced by his 14-goal, 12-assist campaign last year. There were signs of life also in Gameweek 24’s fixture against Brighton.

It's more like one week punt, Bournemouth will be facing Aston Villa's fragile defence.

The pick is also very much one of fixture over form, as Bournemouth welcome Aston Villa to the Vitality Stadium in what is a massive relegation clash between the two teams. The Villains currently boast the worst away defensive record in the league (along with Newcastle) and have not kept a clean sheet away from Villa Park this season. Simply put, the chances will be there for Wilson, it’s just whether he can take them.