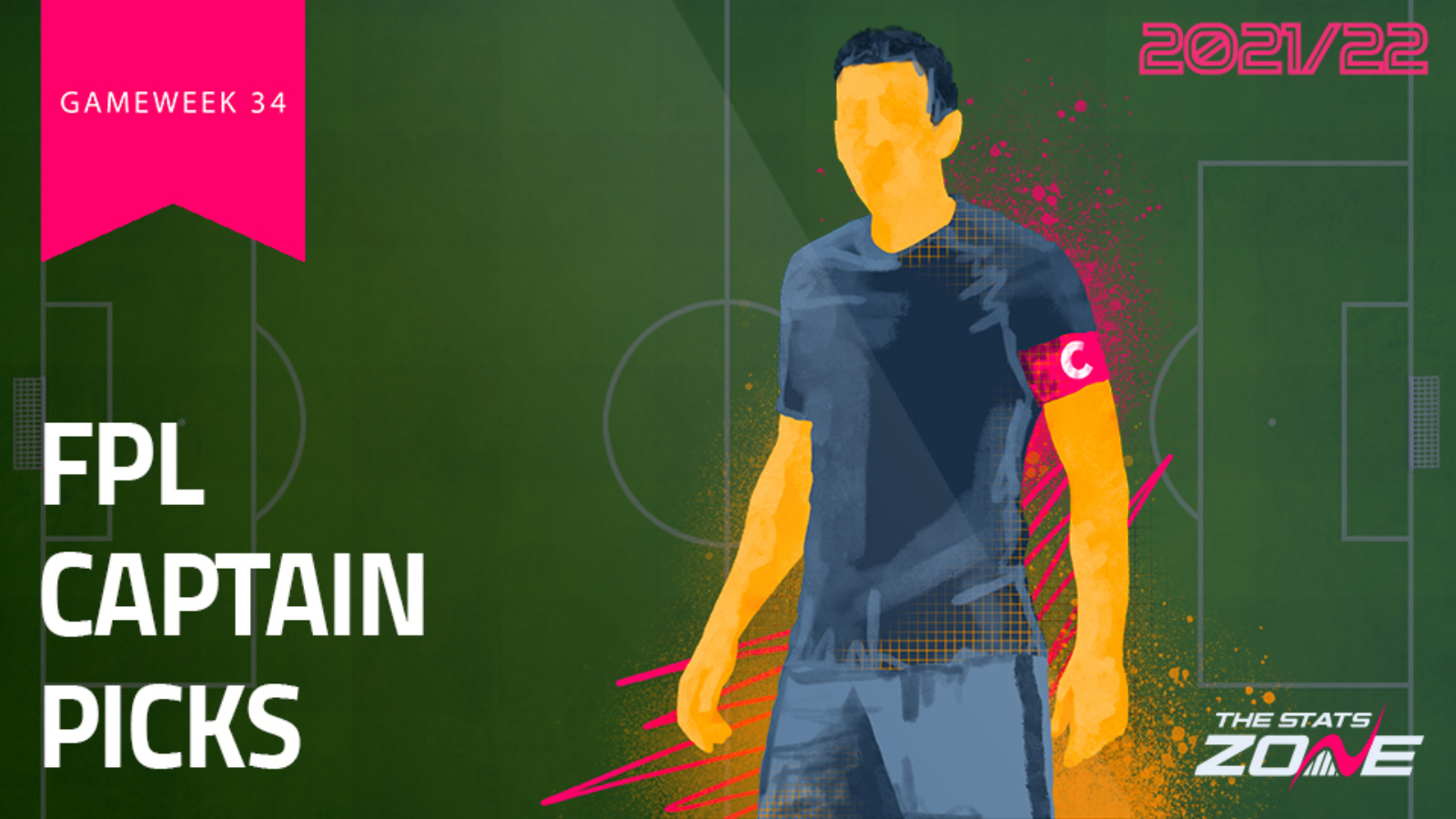 If you held your nerve and captained Mo Salah (£13.2m) in Double Gameweek 33 despite the Egyptian not playing two fixtures, you were officially celebrating come the end of Tuesday night. Salah racked up two goals and an assist in Liverpool’s 4-0 demolition of Man Utd, picking up a whopping 19 FPL points, his second highest individual score of the season so far.

Elsewhere, our differential selection in Martin Odegaard (£5.6m) gained 7 points thanks largely to an assist against Chelsea, although Heung-Min Son (£11.1m) drew a blank in Spurs’ 0-1 defeat at home to Brighton. A clean sheet for Joao Cancelo (£7.1m) against the same opponent earned the Man City full back 6 FPL points, whilst Cristiano Ronaldo (£12.2m) stole the show last Saturday with a brilliant hat-trick against Norwich.

Another double gameweek awaits with Chelsea and Man Utd the two sides to double up and we cast our eye over the most enticing premium captain picks across all 20 Premier League clubs competing in Double Gameweek 34, alongside a differential candidate ahead of Saturday’s 11:00 deadline.

Back in the goals and back in the FPL points, Mo Salah will no doubt prove the most popular Double Gameweek 34 captain. Motivation will be high for Salah against an Everton side who are fighting for their lives at the bottom of the table, but in a Merseyside derby you would expect Liverpool to put in an extremely strong performance going forward.

Liverpool vs Everton next. Liverpool trashed Man Utd Everton beat Man Utd So it's safe to say that for Liverpool, Everton will be a little more difficult than Man Utd, right? 😬 Planning to Triple Captain Salah here 👀 #FPL

Salah’s number currently stand at 22 goals and 13 assists across this season’s Premier League with 249 FPL points in total. He is comfortably the highest scoring asset among the entire FPL player-base this season and it would be no surprise to see him build on that 19-point haul against Man Utd with another bagful of points here.

On the back of a healthy 6 points against Brighton, Joao Cancelo owners will be hoping that he can increase on that tally in Double Gameweek 34 against a defensive fragile Watford, who appear very much doomed in terms of the relegation battle. Cancelo missing Man City’s Champions League semi-final first-leg against Real Madrid should see him guaranteed to start this one despite Pep Guardiola’s rotational tendencies.

Surely Cancelo has got to be a captaincy shout. - Nailed on 100% after injuries to Walker, Ake, Stones - Attacking threat - High chance of clean sheet - City have scored at least 2 goals in their last 14 vs Watford - Talk me out of it

A total of 26 points across the last four gameweeks including three clean sheets and an assist bodes well for those planning to place the armband on Cancelo, who will no doubt provide a constant attacking threat vs such a defensively weak unit in Watford. Man City are expected to rack up a few goals in this one alongside a clean sheet and the flying full-back could be worth his weight in captaincy gold.

Whilst attacking midfielder Heung-Min Son endured a frustrating Double Gameweek 34 after blanking at home to Brighton, his recent form cannot be discounted and it would be no surprise if he was to bounce back in a big way away to Brentford. The reverse fixture between Spurs and the Bees saw Son find the net in a 2-0 win and the last time he featured in a Saturday tea-time kick-off was memorable for his FPL ownership as the South Korean bagged a hat-trick away to Aston Villa.

Across the last three gameweeks, Son has accumulated a whopping 51 FPL points including six goals and one assist and in what is a must-win match from a Spurs perspective, it would be no surprise to see him afforded chances to find the net once again in this one, which bodes well for those choosing to place the captaincy on his shoulders.

Whisper it quietly, but Chelsea forward Timo Werner (£8.6m) may just be starting to find his feet in front of goal in the Premier League. The German international has endured a torrid time since joining the Blues from RB Leipzig in the summer of 2020, but Werner has shown signs of a renaissance since being afforded a succession of starts under Thomas Tuchel, accruing three goals and an assist across his last two Premier League appearances.

Interesting comments from Tuchel on Werner, for anyone brave enough to go there for DGW34 👀 xMins 📈 https://t.co/ieGxykbbWr

From an FPL perspective, Werner has picked up 23 points over the course of gameweeks 32 and 33 and with two fixtures to try and gain further attacking returns in Double Gameweek 34, taking a gamble and opting to captain the miserly owned Werner could yet turn out to be a masterstroke for those FPL managers looking for a late surge up their respective mini-leagues.