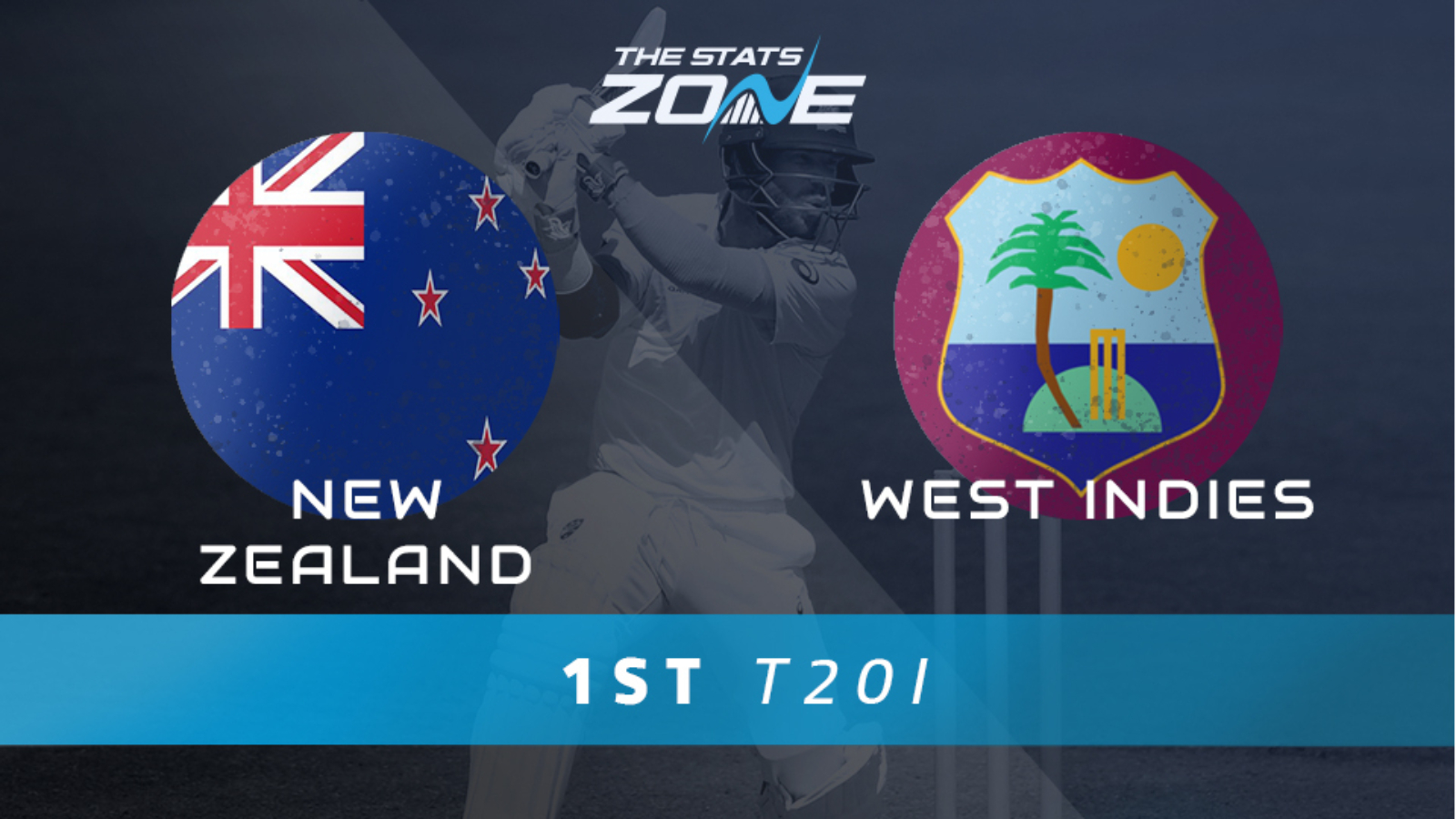 What is the expected weather for New Zealand vs West Indies? 19c with sunshine and cloudy intervals

What channel is New Zealand vs West Indies on? The match will not be televised live in the UK

Where can I stream New Zealand vs West Indies? The match will not be streamed live in the UK

Where can I get tickets for New Zealand vs West Indies? Tickets for this match can be purchased here!

It is fair to say that neither New Zealand nor the West Indies are at full strength for this T20 international series but there is still plenty of quality on show in what should be three entertaining games. The home side are significantly weakened without arguably their best two players in Trent Boult and Kane Williamson but they still have plenty of talent on show. The key could well come down to the bowling and that is where Southee and Ferguson are favoured to acclimatise to conditions quicker than the Windies pace attack. That should give the home side the edge but approach this opening game with caution as there may be a little rust in this format from a number of players.