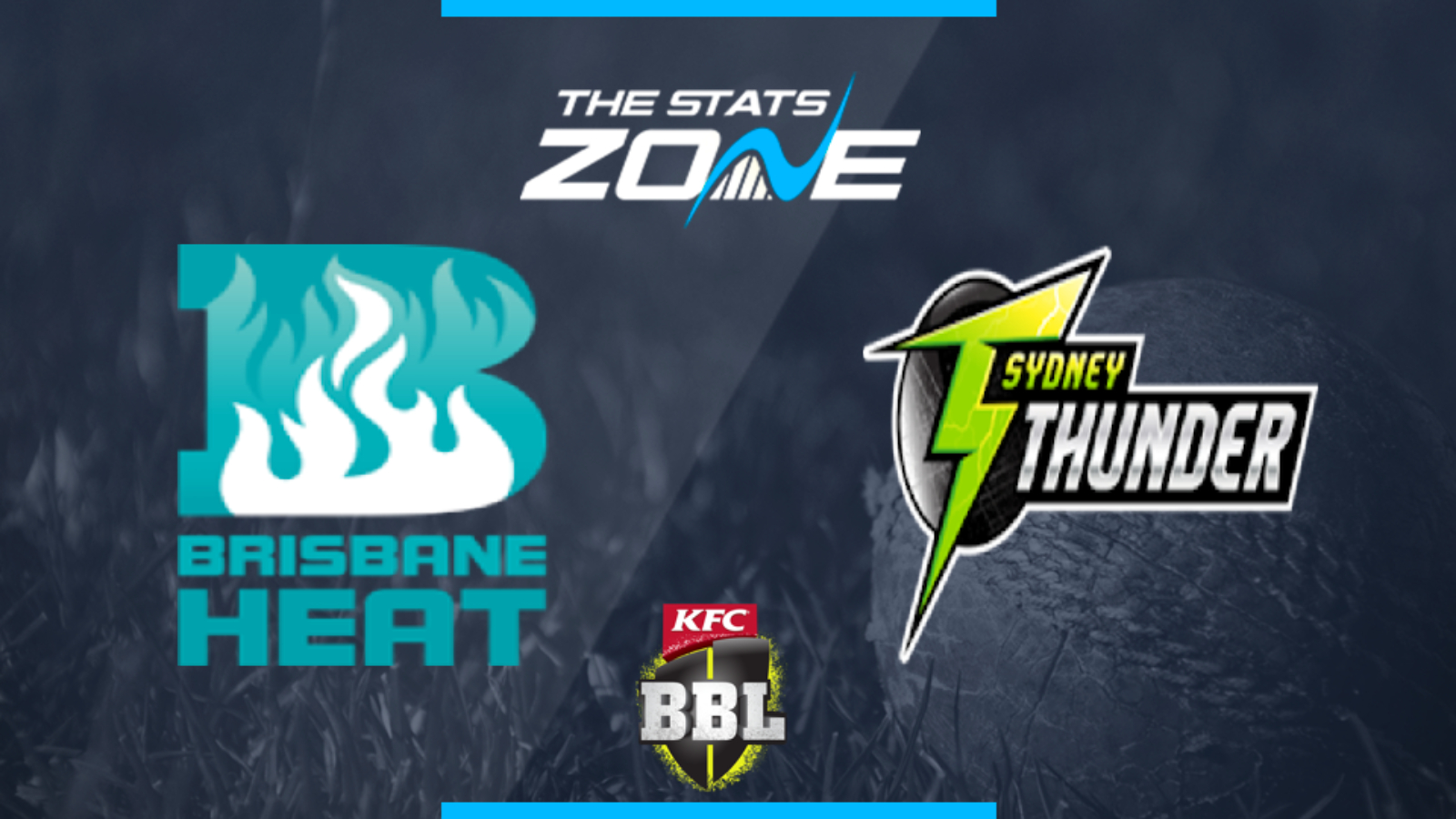 What is the expected weather for Brisbane Heat vs Sydney Thunder? 29c with cloud but no rain forecast

What television channel is Brisbane Heat vs Sydney Thunder on in the UK? BT Sport have the rights to BBL09 matches so it is worth checking their schedule

Where can I stream Brisbane Heat vs Sydney Thunder in the UK? If televised, BT Sport subscribers will be able to stream the match live via the BT Sport website & app

Where can I get tickets for Brisbane Heat vs Sydney Thunder? Visit the official BBL website for ticket information

So much depends on which of the teams hit the ground running in these opening matches of the Big Bash League but it is difficult not to get excited by Brisbane Heat’s batting line-up for this tournament. The arrival of Banton will give them another big-hitter at the top of the order while talented young hitter Max Bryant will be even more dangerous with another season under his belt. The bowling unit is much-improved with Ben Laughlin in it but, as proved last season, they will struggle to be competitive if the bowling attack cannot produce the goods. The Thunder look to have marginally less quality for this opening match, especially with Chris Morris missing this first game, but they will be extremely competitive. Their top three batsmen are as good as any in the competition although their bowling attack looks a little light after Sams and Green. There is little to pick between the two teams but home advantage and the greater depth in batting sees us marginally favour the Heat to get off to a winning start.