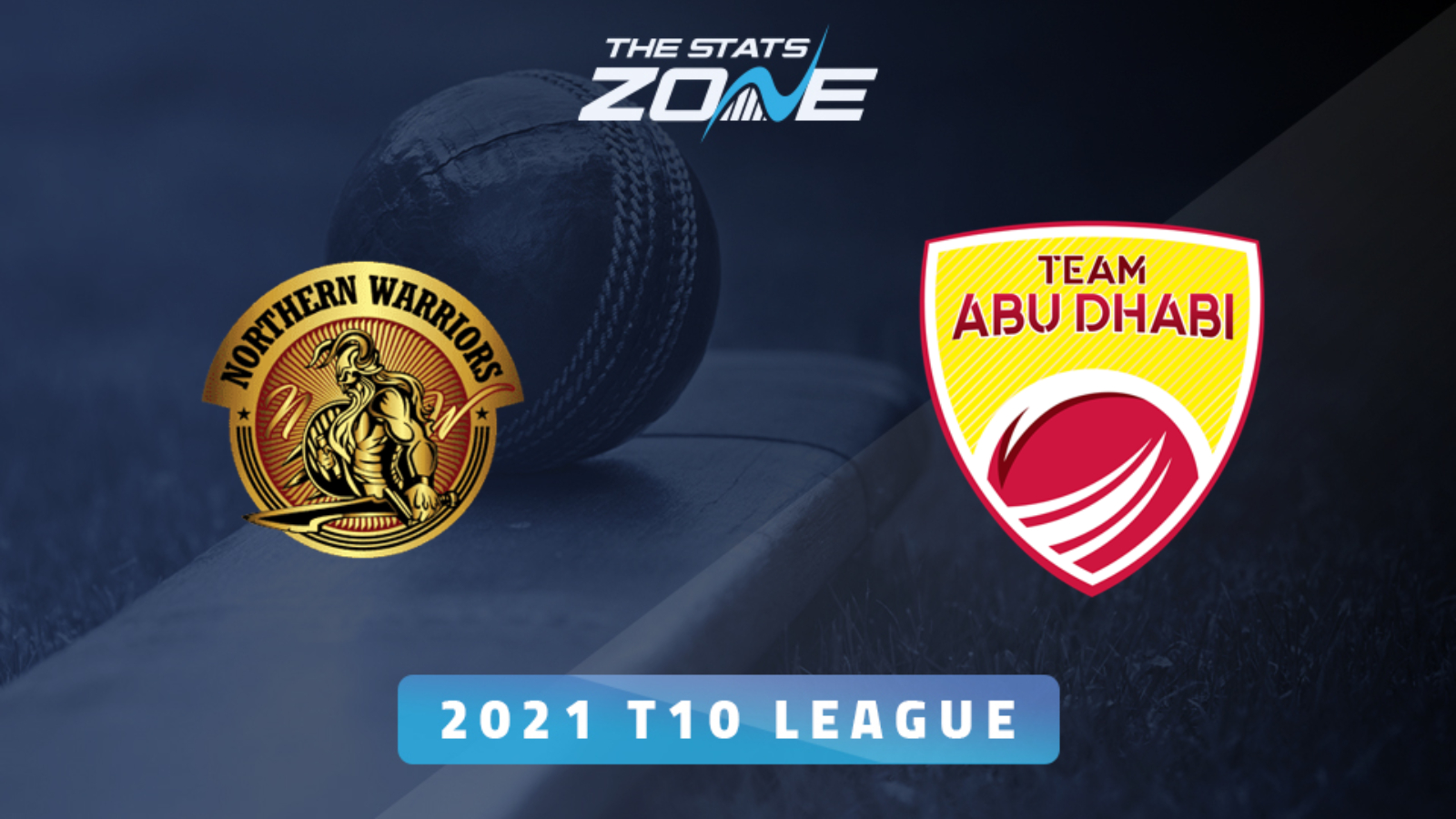 What is the expected weather for Northern Warriors vs Team Abu Dhabi? 29-30c with sunshine and a gentle breeze

After a narrow 10-run defeat at the hands of Bangla Tigers last time out, Team Abu Dhabi are expected to react positively against Northern Warriors, who currently sit in fifth-place having lost five of their six matches played. There is no doubt the Team Abu Dhabi contain the stronger depth of big-hitting batters when comparing the two sides and a bowling unit and despite taking some punishment against the Tigers, complement each other well and will look to tighten up significantly here. Ultimately though, it is that top order firepower that should wind up the crucial factor here and lead table toppers Team Abu Dhabi to a sixth win of the tournament.