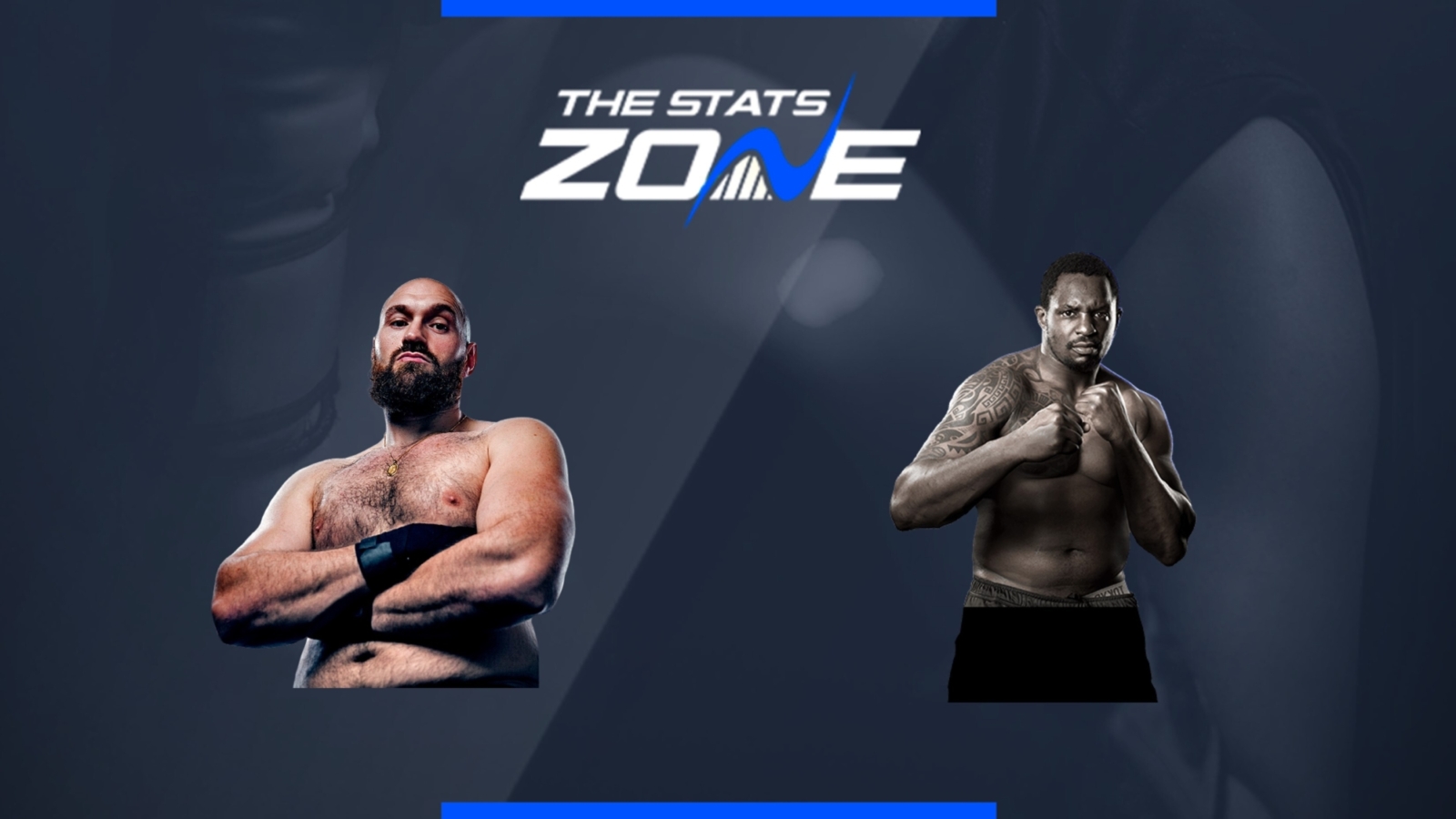 Where can I get tickets for Tyson Fury vs Dillian Whyte? Visit this link for the latest ticket information

What channel is Tyson Fury vs Dillian Whyte on? This fight will be shown live on BT Sport Box Office

Coming off of three wars against Deontay Wilder, Tyson Fury (31-0-1) is back on home soil this weekend. Fury’s last outing was the trilogy outing with Wilder. Despite being knocked down twice early, Fury went on to secure a late finish to retain his WBC heavyweight title. Now, he is preparing for yet another tough fight against a top contender as he looks to keep his unbeaten record intact.

As for Dillian Whyte (28-2), the Brit has the opportunity to shock the world in this weekend’s heavyweight showdown with Fury. Coming off of a knockout win over Alexander Povetkin, Whyte certainly has the ability to cause an upset as he looks to dethrone ‘The Gypsy King.’ If Fury shows any sign of slowing down, Whyte will no doubt be ready to pounce.

It’s fair to say that Tyson Fury is the favourite this weekend, but to say that Dillian Whyte doesn’t stand a chance is foolish. Since training with Sugar Hill Steward, Fury has become more of an aggressive boxer who will look for the finish. However, if he leaves himself exposed to Dillian, it could be a tough night at the office. Whyte’s body shots and left hook are second to none. There’s no doubt that Fury is the more technically skilled boxer with more of an unorthodox style, and his height and reach advantage could pay dividends this weekend.

We suspect that Fury will maintain the range and control proceedings from the outside. Even though he will look for the finish, he will look to pick his attacks and not get clipped by Whyte. In the end, Fury may get dropped, but we believe that his elite IQ and tremendous heart will be enough to get the job done this weekend.