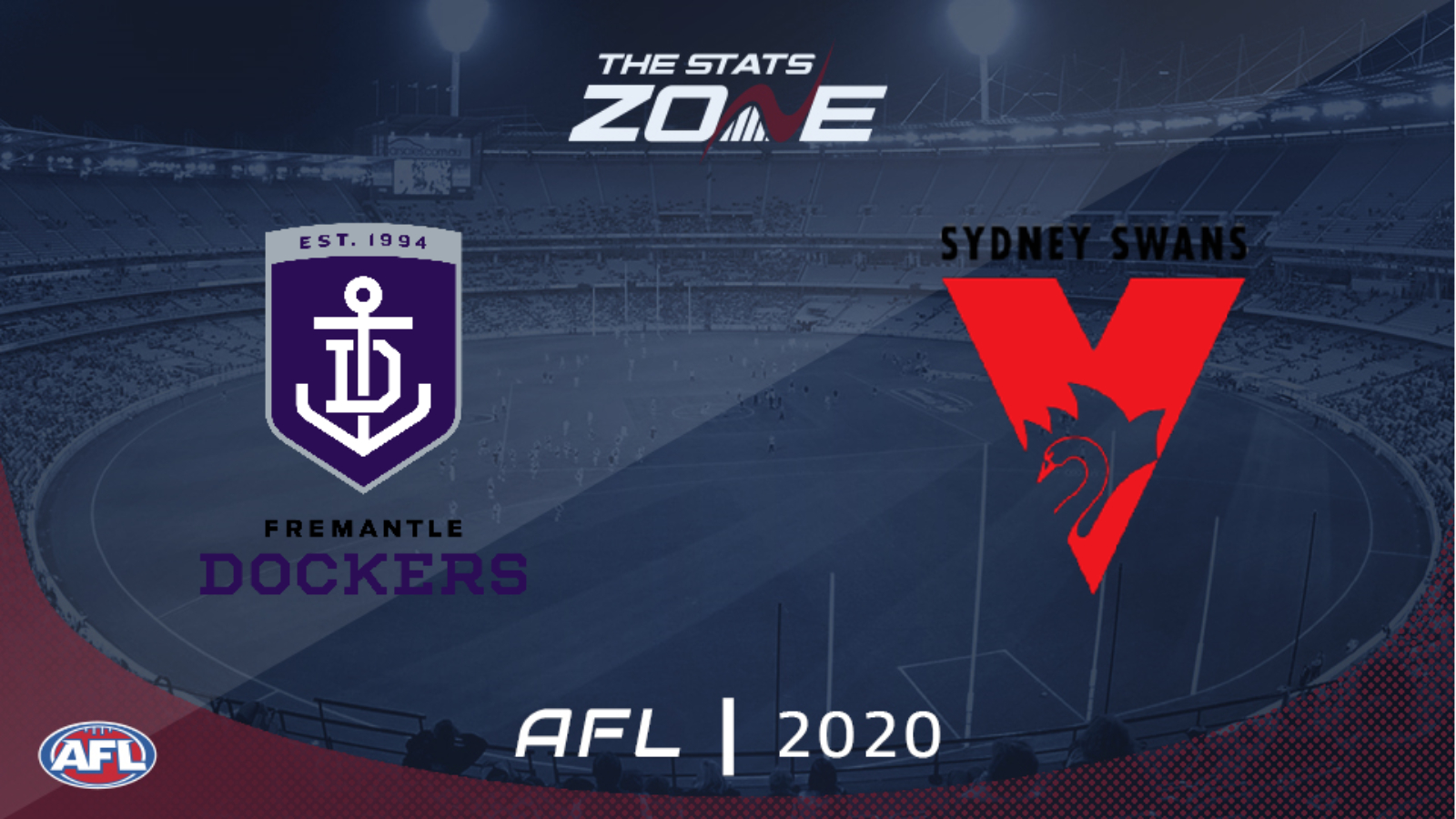 What television channel is Fremantle vs Sydney Swans on? In the UK, five matches each week will be televised on BT Sport and you can see their schedule here. For the TV channel in Australia, visit this link

Where can I stream Fremantle vs Sydney Swans? If the match is televised in the UK, then BT Sport subscribers will be able to stream it live via BT Sport Player. Additionally, those with a Watch AFL subscription can stream any 2020 AFL match live (outside of Australia). Those in Australia can stream any match live via AFL Live Pass

Where can I get tickets for Fremantle vs Sydney Swans? Click here for ticket information on 2020 AFL matches

Fremantle and Sydney Swans come into this with 4-7 records and it seems highly unlikely that they will be able to challenge for the finals with games running out for them to gather enough points to climb up the ladder. That will be frustrating for the pair who have shown glimpses of what they can do but have lacked consistency this season and what was particularly evident in their latest matches. The Dockers lost out in the dying seconds against Carlton while the Swans were brilliant in a win over last year’s Grand Finalists GWS Giants. There is likely to be just pride on the line in this clash but after such a dominant victory last week, the Swans can build on that with the aid of a +9.5 start.