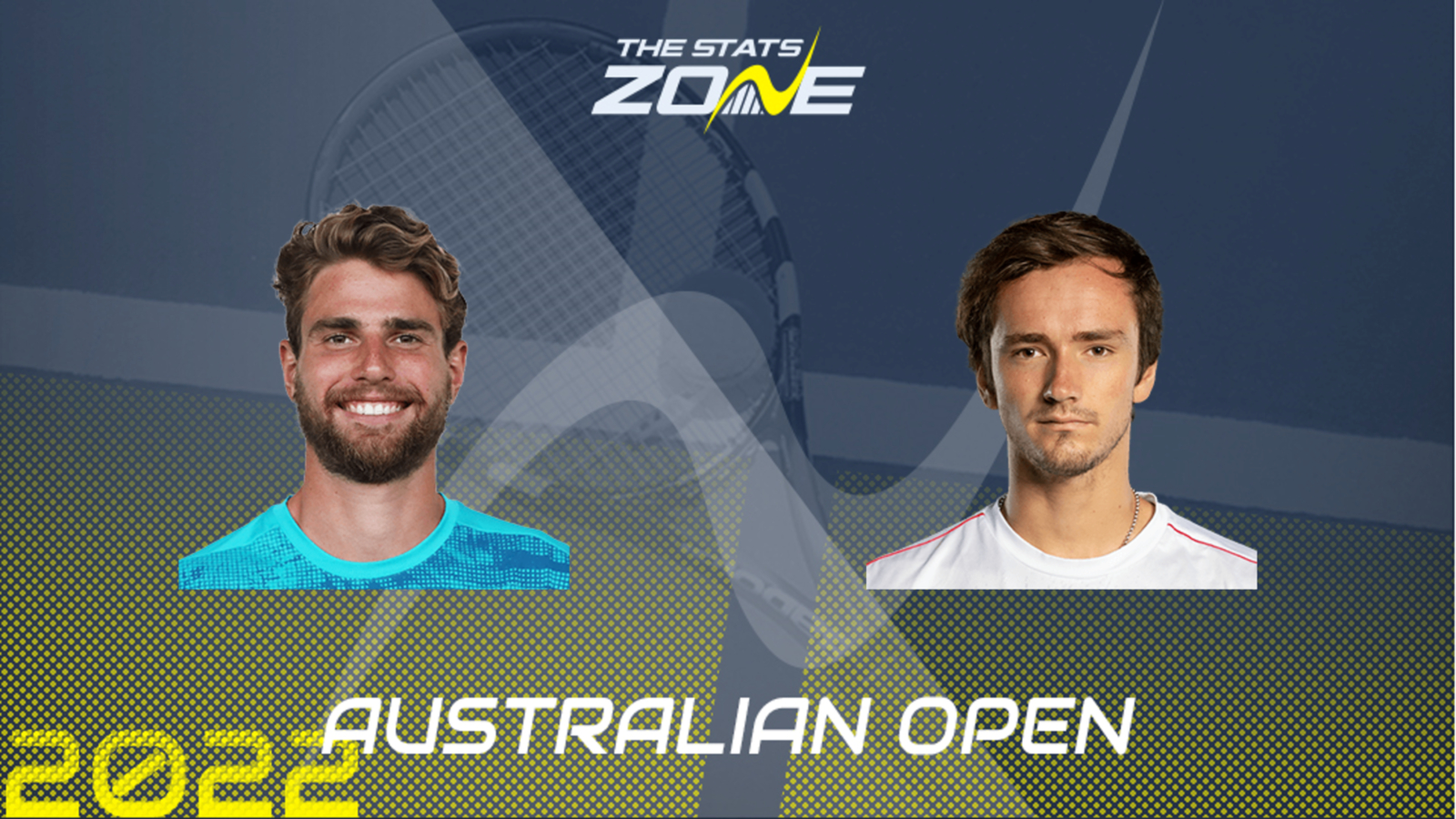 24-year-old Maxime Cressy will set a new career-high ATP world ranking of at least 59th no matter the outcome of this, his first round of 16 match at a Grand Slam. The serve-and-volley revivalist overcame Aussie wildcard Christopher O’Connell on Saturday in four sets, with a five-set victory over John Isner in the first round his most impressive result so far in Melbourne. The American finished runner-up to Rafael Nadal at Melbourne 1 two weeks ago in his first ATP tour final and he already has three top 30 wins in 2022.

World number two Daniil Medvedev beat Botic van de Zandschulp in comprehensive straight sets on Saturday. The 25-year-old won a first Grand Slam at the US Open last season and his chances at winning a second got a huge boost on Sunday when Alexander Zverev lost to Denis Shapovalov in the round of 16. Medvedev finished runner-up to Novak Djokovic here last season but amongst the players left in the draw only Rafael Nadal has a positive head-to-head record against him.

This looks like the end of the road for the vastly impressive Maxime Cressy, whose retro playstyle is winning a lot of nostalgic fans around to his cause. However, his game is likely to be picked apart by Daniil Medvedev, especially in some quite likely tiebreakers, as big servers have often struggled against the Russian’s almost impossible angles. Nick Kyrgios took a set off the US Open champion this week with some intricate shots behind one of the most powerful serves out there and Cressy is capable of snatching one too here. It remains too much of a risk to include a set for the American here but his chance at doing so also makes taking Medvedev to win in straight sets unsafe. You can add some value here by opting for at least a tiebreak in the match but the sensible, unimaginative pick is for the Russian to win outright.