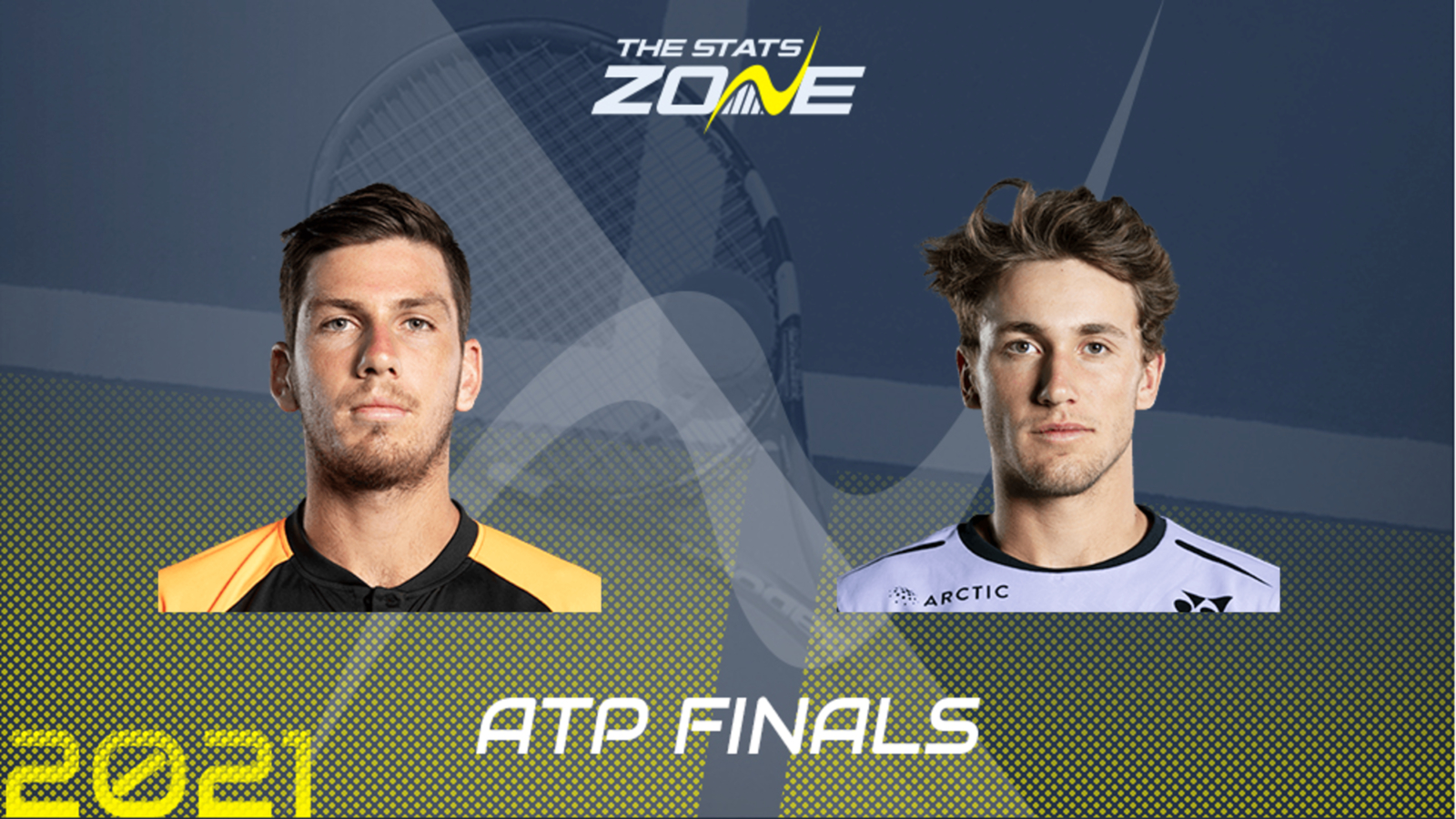 World number eight Casper Ruud challenged Novak Djokovic all the way to a first-set tiebreak but after losing that there was really no way through. The 22-year-old was due to face Stefanos Tsitsipas for what would have been a very intriguing meeting with both players coming off a loss but the Greek was forced to withdraw just a day after Matteo Berrettini did the same. Ruud became the first Norwegian to qualify for the ATP Finals after a stellar year in which eh won five ATP titles, including three on his favoured clay in a row over three weeks.

World number 12 Cameron Norrie has jetted in on short notice as the ATP Finals’ second alternate to face Casper Ruud on Wednesday evening. The 26-year-old has been the ATP’s most-improved player in 2021, with two titles won at the Los Cabos Open and a simply astounding run to the Indian Wells Masters title last month. His 50-22 win record on tour is bested only by Novak Djokovic (50-6), Alexander Zverev (56-15), Daniil Medvedev (56-12), Stefanos Tsitsipas (55-19) and next opponent Ruud (53-16).

Casper Ruud should be feeling more confident in facing Cam Norrie than Stefanos Tsitsipas here after the Greek was forced to follow in Matteo Berrettini’s footsteps and retire from the tournament. Ruud won his first hardcourt title early last month via a total dismissal of Norrie in the San Diego Open for a pretty convincing first meeting with the British number one, Still, there have been enough instances of lucky losers, or in this case alternates, coming in and grabbing their second chances with both hands this season to make this a fascinating rematch to consider Norrie’s chances of vengeance. Since their first meeting the 26-year-old has won a first Masters title at Indian Wells and set a career-high of world number 12, with his uber-fitness limiting the effect a lack of practice will have on his physicality at least. It could be quite a nervy game as a result, with Ruud still the favourite to win. The cautious option is for the Norwegian to take at least a set as the likelier victor but Norrie snatching at least one of his own here would not be a surprise at all.