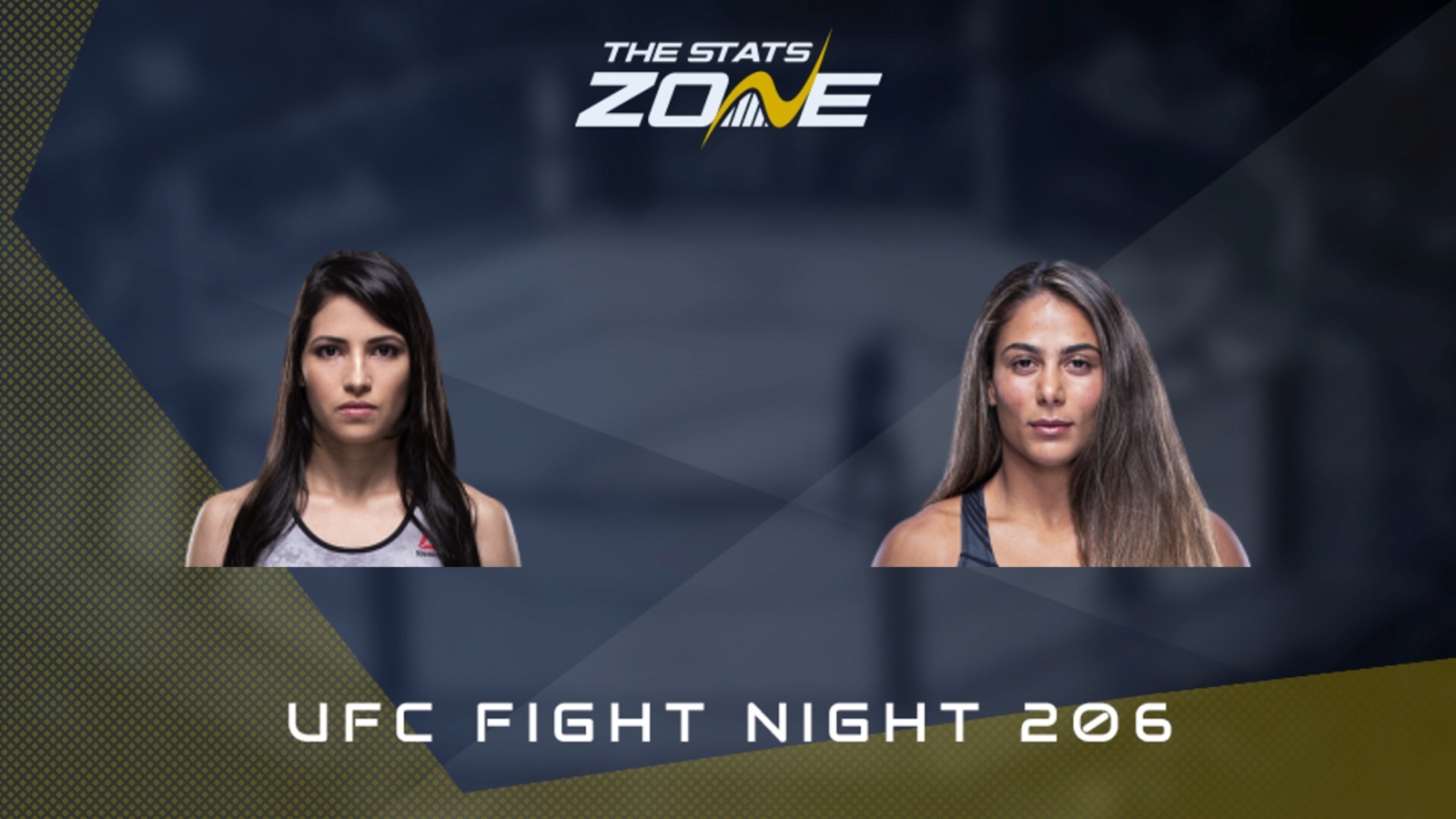 Where is UFC Fight Night 206? UFC APEX, Enterprise, Nevada (US)

Where can I get tickets for UFC Fight Night 206? Click here for the tickets at the O2 Arena

What channel is UFC Fight Night 206 on? BT Sport 1

Where can I stream UFC Fight Night 206? BT Sport subscribers can stream the fight online via the BT Sport website

After six UFC fights, Polyana Viana (12-4) is getting her first streak going which are hard to come by in the competitive strawweight division. She submitted Maia Stevenson (2018) on debut but went on a three-fight skid with losses to JJ Aldrich (2018), Hannah Cifers (2019) and Veronica Macedo (2019). However, she has bounced back in style with two more submissions over Emily Whitmire (2020) and Mallory Martin (2021).

Tabatha Ricci (6-1) received a baptism of fire on her UFC debut last year. She was feeling confident sitting proudly on her 5-0 record and stepped up to flyweight on short notice to fight one of the most dangerous strikers in the division in Manon Fiorot. She got TKO’d in the second round but responded with a unanimous decision over Maria Oliveira four months later.

These two kick off the main card for more reasons than just their skill set. They are both very good grapplers with Ricci holding black belts in Brazilian jiu-jitsu and judo. Viana is a brown belt in Brazilian jiu-jitsu, but already has eight submissions so it would be a spectacle to see these two duke it out on the mat.

Their striking still needs improvement. Ricci is raw and aggressive, but if she launches herself into the pocket, Viana should be able to pick her apart especially with a six-inch reach advantage. We can see large portions of this fight being a striking battle which will not be great viewing, so let’s hope to see them put their strengths on display.

Any grappling exchanges will be fiercely competitive with both trading positions. We would back Ricci to look better in the first round, but as the fight goes on, we would favour Viana’s experience, weight and length to finish stronger.

A submission is possible either way, especially late in the fight and if this goes the distance, a decision could easily fall to either fighter with Viana being the smart bet as the underdog.