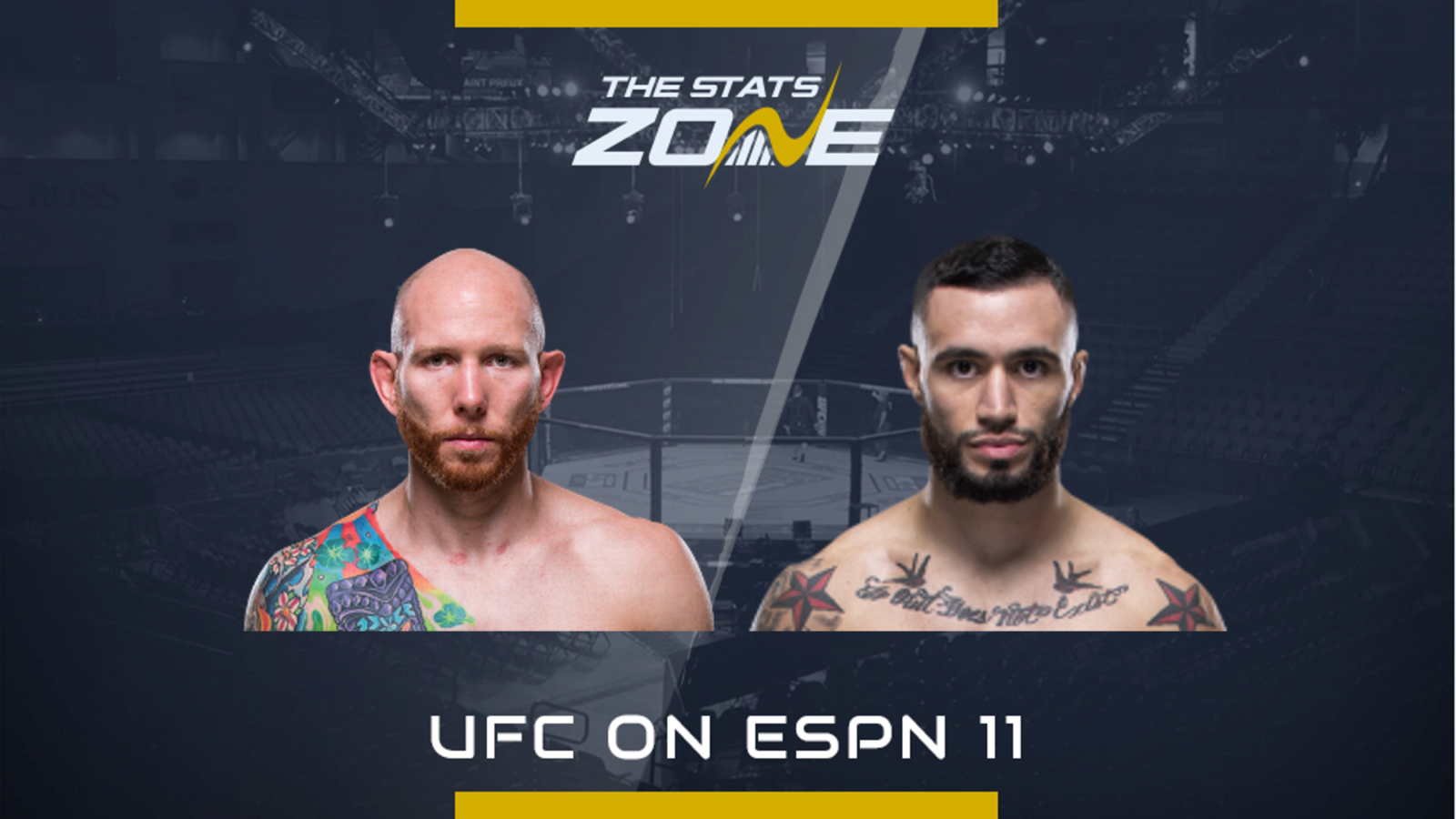 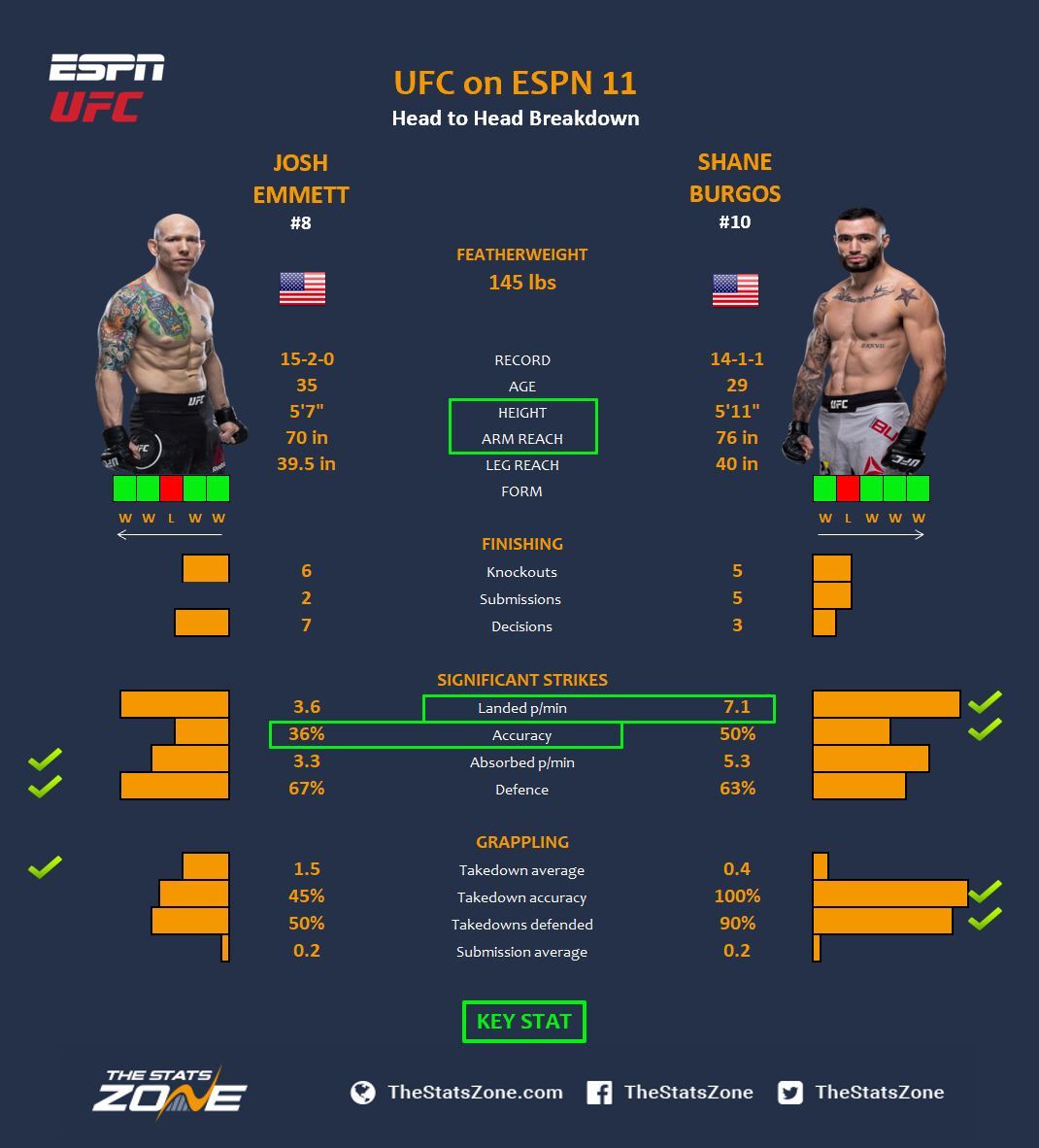 Two absolute weapons making a dent in the stacked featherweight division clash as Josh Emmett and Shane Burgos eye up the top five.

After quickly dispatching Ricardo Lamas, Emmett received a taste of his own medicine by getting mercilessly knocked out by Jeremey Stephens. But after patching his jaw back together, he has got back to his own ruthless ways in knocking out Michael Johnson and Mirsad Bektic.

Burgos is also looking more dangerous with each fight. He suffered his first defeat after Calvin Kattar knocked him out in the third round back in January 2018, but he has responded brilliantly with three wins. He submitted Kurt Holobaugh, earned a split decision over Cub Swanson and finished Makwan Amirkhani with a third round TKO back in November.

This is expected to be a fast-paced scrap. Both men are well-rounded, but this will most likely take place on the feet with Emmett’s one-punch knockout power and Burgos’ cardio and output being the deciding factor.

Burgos has an ungodly engine on him which will be complimented by a significant height and reach advantage and, if he can avoid the power of Emmett, he can out-work and really turn it on in the third round to clinch the decision and even a late finish if he puts everything together.