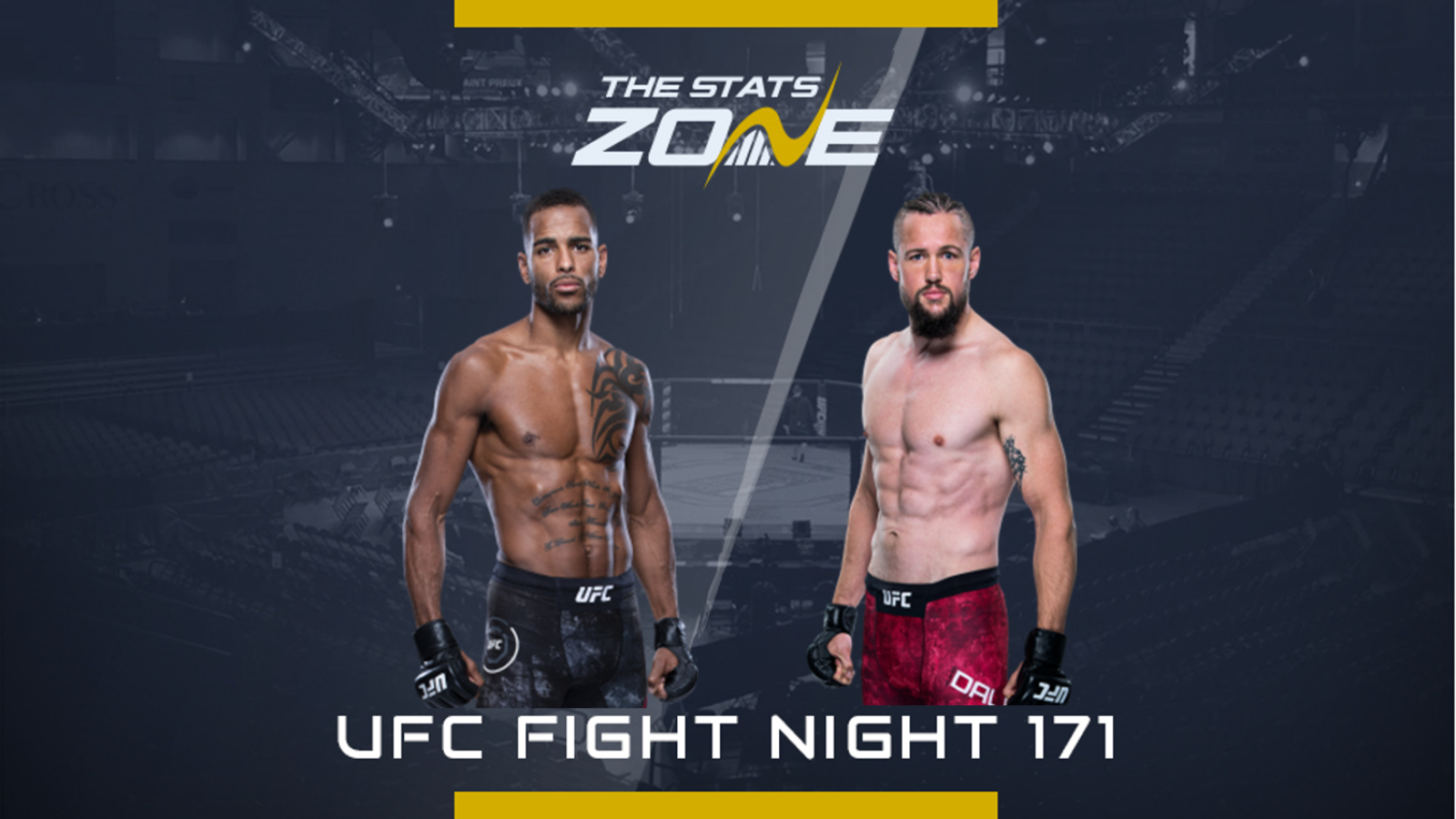 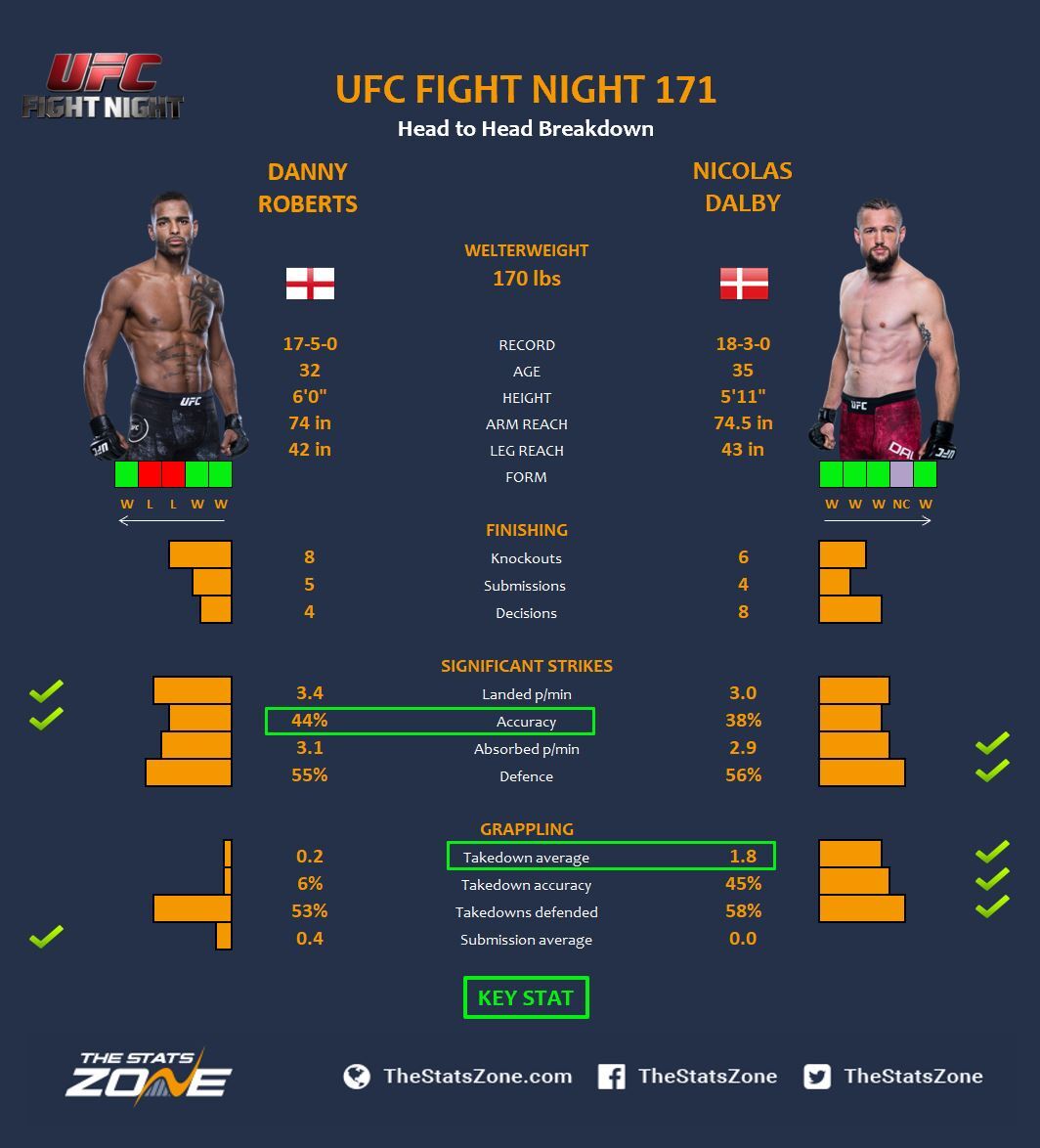 Danny Roberts and Nicolas Dalby represent two of Europe’s most exciting welterweights but one man must fall in what should be a thrilling battle.

Danny Roberts is coming off a vintage performance and his eighth knockout. He took on the Russian Zelim Imadaev on enemy territory and abruptly ended the competitive scrap with his trademarked left hand. This fantastic win came with great relief, breaking a two-fight losing streak after getting submitted my Claudio Silva and brutally knocked out by Michel Pereira.

Dalby is also coming off a huge win, earning a unanimous decision over UFC veteran Alex Oliveira. This was his welcome back party to the UFC after getting released off the back of two decisions to Zak Cummings and Peter Sobotta in 2016. He went back to Cage Warriors where he lost again to Carlo Pedersoli Jr but picked himself up mentally as well as physically, going on to win his next three and pick up an interim belt to earn the recall.

These guys are very evenly matched, particularly stats-wise. They are both aggressive strikers but Roberts has that extra firepower in his hands which he will be waiting to offload.

Dalby will happily engage in trading shots but he is a strong grappler and he will be wise to close the distance with clinches and takedown attempts considering Roberts' knockout power. The stand-up exchanges will be fascinating and Dalby’s durability will be crucial in weathering the storm and grinding out a decision but you can’t count out Roberts with his skill set – this will be a close one.