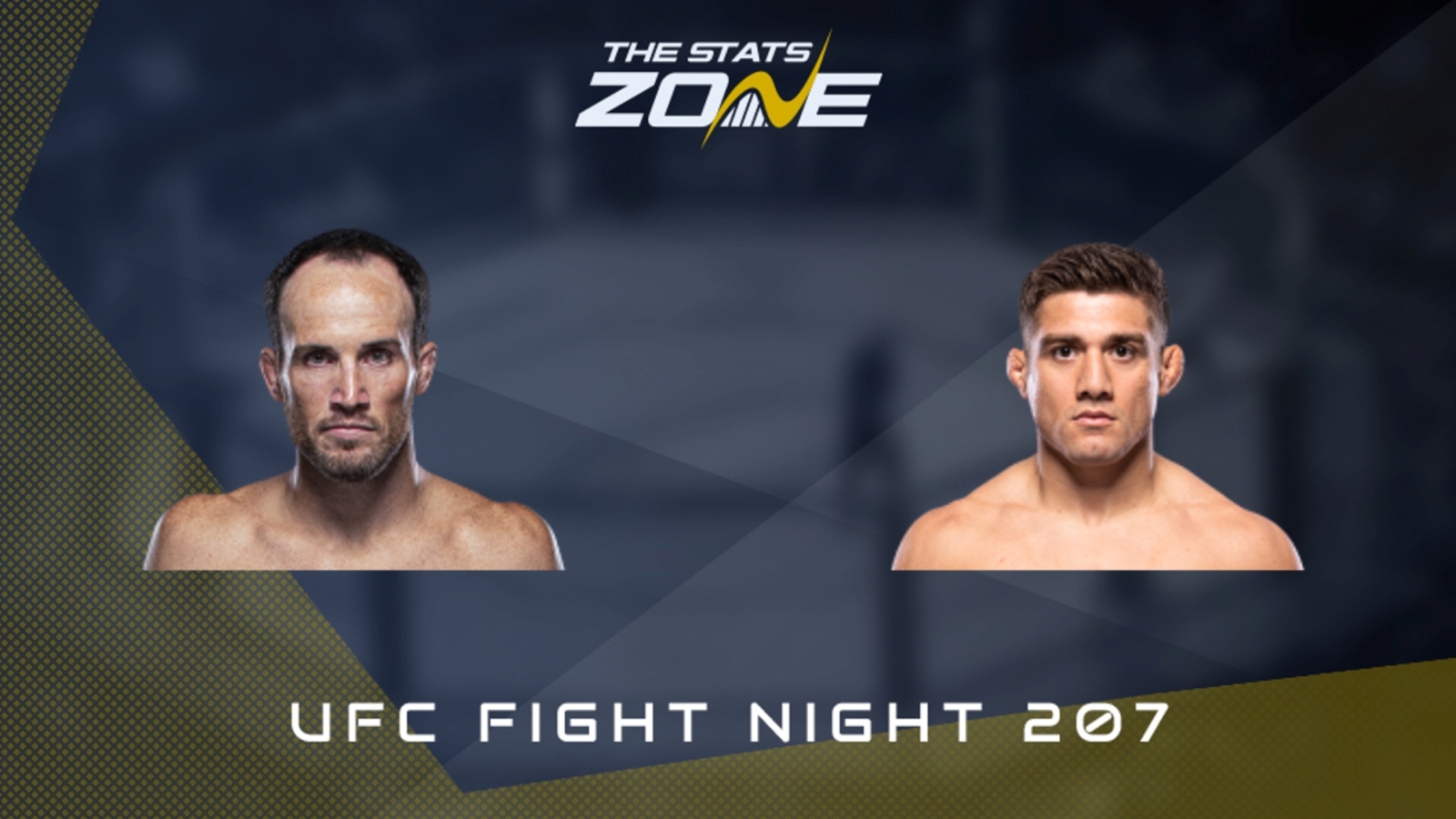 Where is UFC Fight Night 207? UFC APEX, Enterprise, Nevada (US)

Where can I get tickets for UFC Fight Night 207? Click here for the latest ticket information for UFC events

What channel is UFC Fight Night 207 on? BT Sport 1

Where can I stream UFC Fight Night 207? BT Sport subscribers can stream the fight online via the BT Sport website

Damon Jackson (20-4-1(1)) is is 3-1 in his second UFC stint and he clearly has a lot more to offer in the big time. After submitting Mauro Chaulet (2020) for LFA, he returned to the octagon to rack up another submission, this time over Mirsad Bektic (2020). However, he then ran into the surging Ilia Topuria (2020) who claimed the second knockout of his career. He has been less active since but picked up a solid unanimous decision win over Charles Rosa (2021) and notched up the 15th submission of his career tying Kamuela Kirk (2022) up in a beautiful arm triangle.

He was originally scheduled to fight fellow submission wizard Darrick Minner who has had to pull out giving Dan Argueta (8-0) the opportunity to make his debut. He is coming in hot with two wins already this year to extend his unbeaten record. He TKO’d Mairon Santos Alves in February and made a quick turnaround a month later to scrape past Diego Silva in a split decision to become the bantamweight LFA champion.

This is a huge opportunity for Argueta fell at the final hurdle of The Ultimate Fighter 29.. He is a strong and explosive athlete with quality grappling. He has brilliant reactive takedowns and loves nothing more than to get the fight to the deck to offload ground-and-pound and work on a submission.

However, he is moving up to featherweight to take on someone with a wealth of experience and some of the most underrated grappling in the division who will welcome getting taken down.

We expect to see a mixture of grappling and striking here. Argueta is arguably the better striker so he will be wise to keep this onto the feet. It will be interesting to see how he looks up at featherweight. He is very strong but will be giving up four inches in height and three in reach.

The length will play into Jackson’s hands on the feet and on the ground. Argueta can overwhelm Jackson with his explosiveness, but if he decides to test his ego on the mat, he may get a humbling. We fancy Jackson’s experience, reach and jiu-jitsu should earn him a decision or submission here.