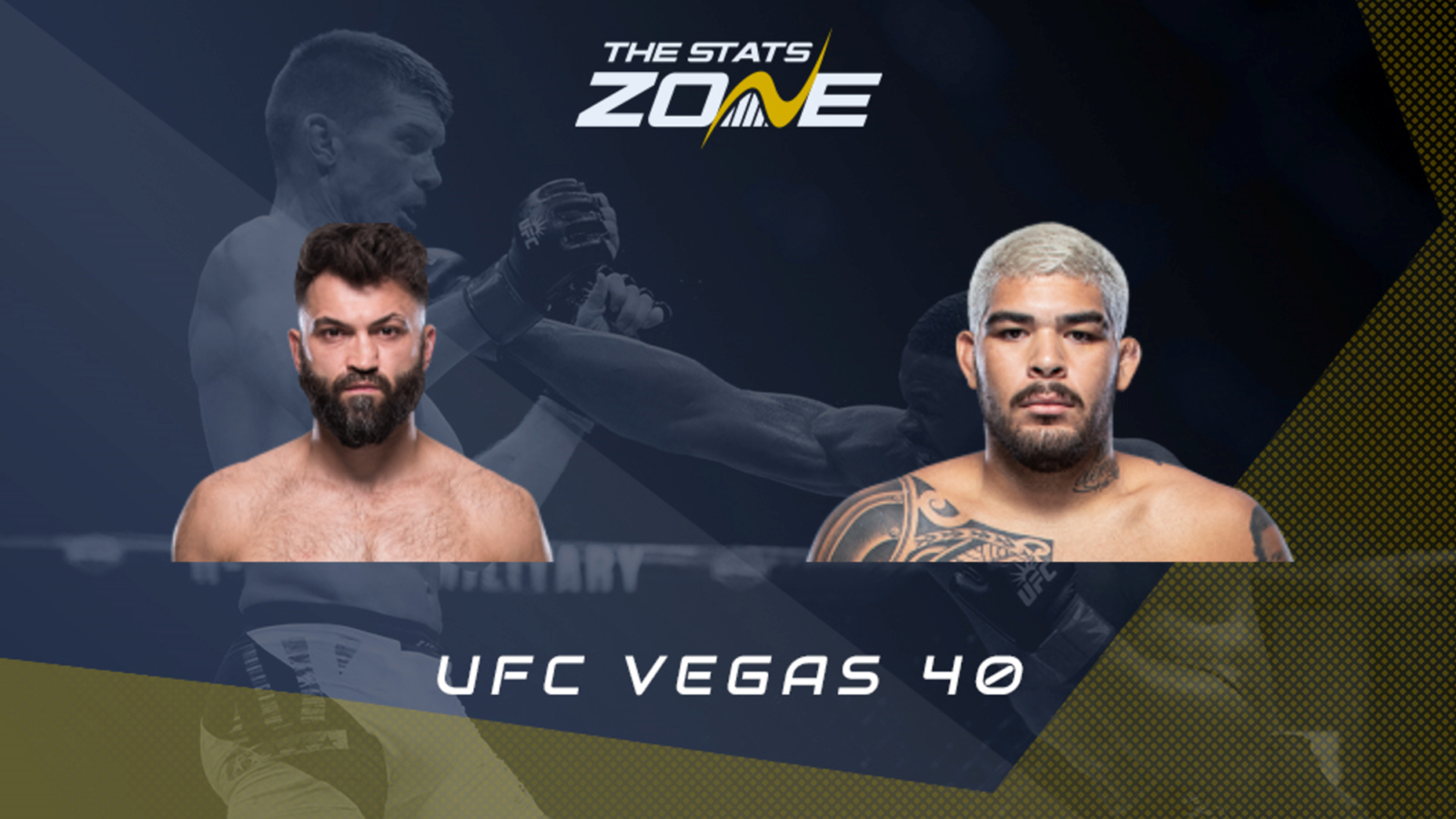 Where is UFC Vegas 40? UFC APEX, Enterprise, Nevada (US)

Where can I get tickets for UFC Vegas 40? Click here for the latest ticket information for UFC events

Where can I stream UFC Vegas 40? BT Sport subscribers can stream the fight online via the BT Sport website

Andrei Arlovski (31-20(2)) walks out for his 36th UFC fight and is thriving in gatekeeper status welcoming every young and upcoming heavyweight to the division. Augusto Sakai squeezed through the gate with a split decision back in 2019 and the door was closed on Ben Rothwell making any kind of resurgence three months later. Jairzinho Rozenstruik blasted his way in with a knockout with Philipe Lins and Tanner Boser were denied entry with unanimous decisions. There was no stopping Tom Aspinall who submitted Arlovski in the second round and Chase Sherman was also stopped in his tracks with a unanimous decision.

Carlos Felipe (11-1) is the next heavyweight hopeful trying to get past the veteran and announce himself as a legitimate contender. He lost his UFC debut against Sergey Spivak who won the majority decision, but he has responded well after his sole loss by earning a unanimous decision over Yorgan de Castro and two split decisions over Justin Tafa and Jake Collier.

It is safe to say Arlovski is not manning the gate for the next UFC champion. Felipe has one loss on the record, but his wins are not very impressive. If he could only scrap past Tafa and Collier, you would not fancy his chances against Arlovski even though he is way past his prime.

We know MMA maths does not add up but, if he cannot knock the veteran out, he will have a tough time navigating around the experience of Arlovski who has turned from a scary knockout artist to calculated tactician.

This should be a slow-paced stand-up contest and for the simple fact that the only two fighters to knock Arlovski out in the last five years are Francis Ngannou and Rozenstruik and the Brazilian has not knocked anyone out in the UFC, we are backing Arlovski.

With the number of miles on the Belarussian’s clock, Felipe just needs to land one clean punch to tear up the script, but we are leaning towards another decision for the Pitbull.