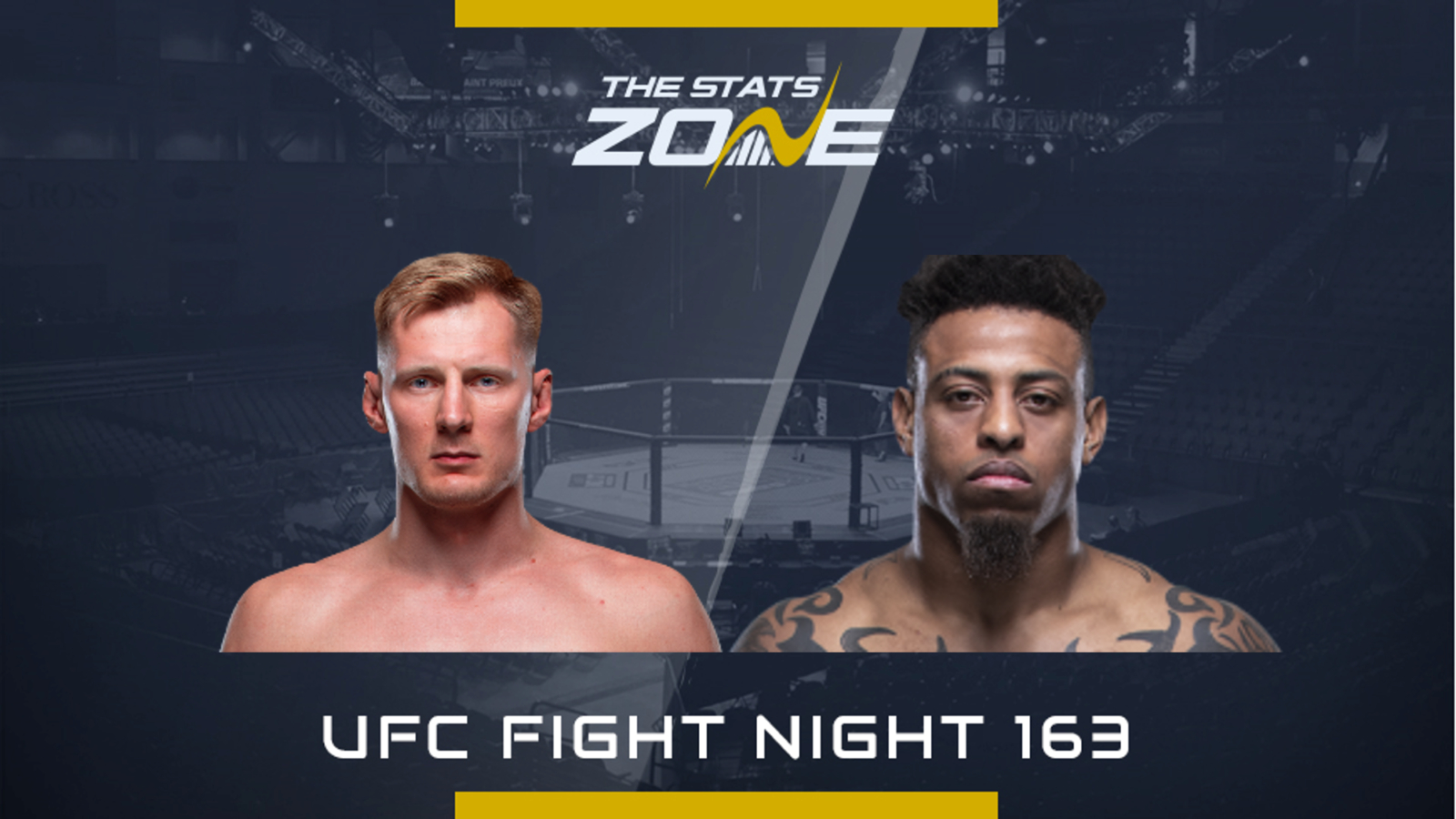 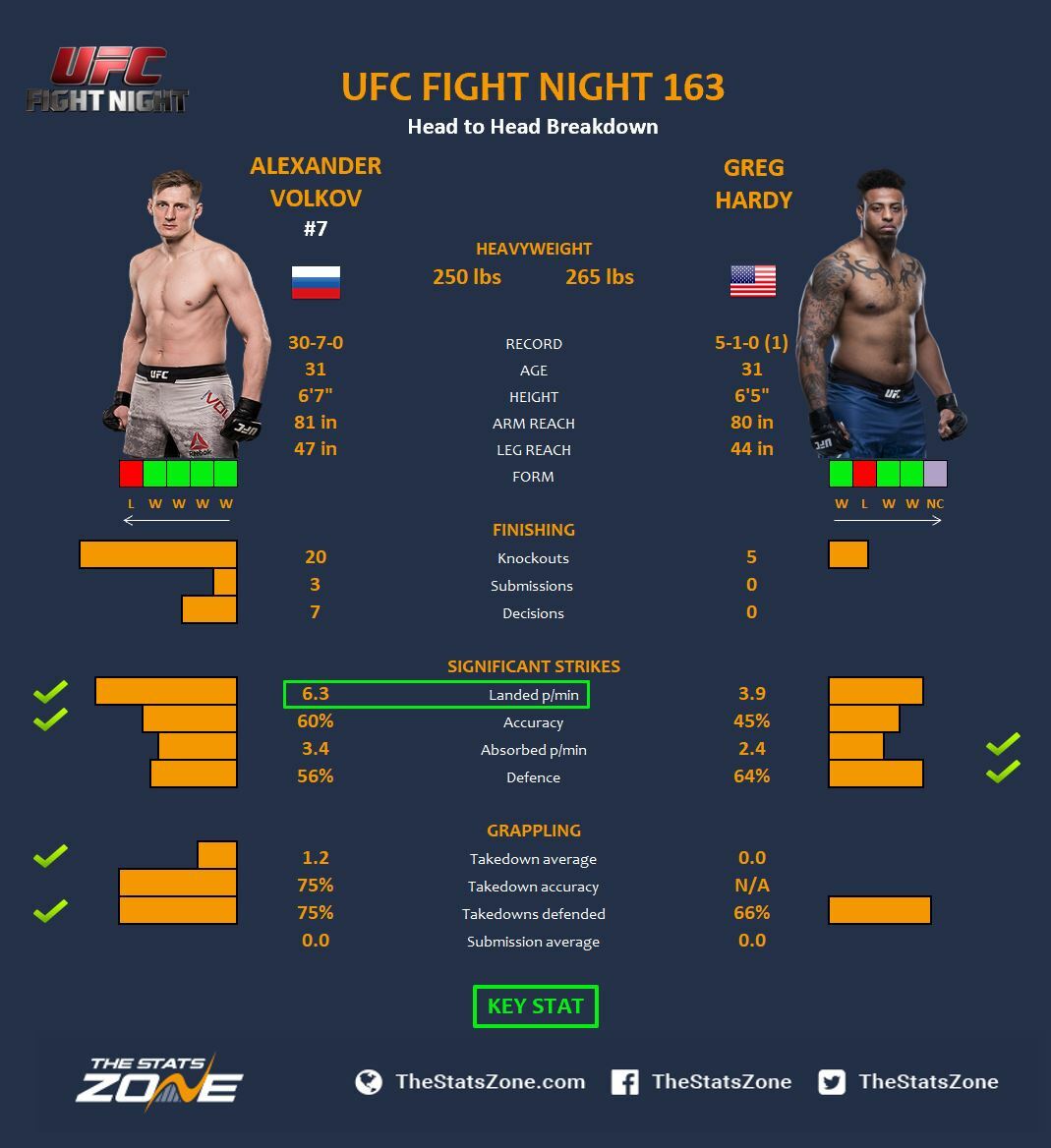 Junior dos Santos unfortunately pulls out of his clash with Alexander Volkov but up steps Greg Hardy only three weeks after his last fight. Let’s hope there is no controversy in this one.

Volkov has not fought since his knockout loss to Derrick Lewis a year ago. Lewis snapped his six-fight winning streak but Volkov really let a win slip away. He controlled the fight, peppering Lewis with shots, and despite knowing that Lewis was only waiting to throw his monster right hand he got caught with it seconds before earning the decision.

Only three weeks after another controversial fight, Hardy is back in action. He earned a unanimous decision over Ben Sosoli but decided to use an inhaler between rounds which turned the win into a ‘no contest’. The former NFL star cannot evade controversy but you can’t argue with his determination to be a success in MMA as he steps up against the former Bellator champion and one of the most experienced and seasoned strikers in the division.

Hardy has the physical attributes to threaten any fighter plus he must be difficult to prepare for as he is evolving so quickly at American Top Team, bringing new tools to the octagon in each appearance.

That said, his tools do not compare to Volkov’s and his lack of cardio will make him a sitting duck if he gets past the first round. Volkov is expected to weather the early storm and once settled with the distance, he will pick Hardy apart with combinations until he topples.