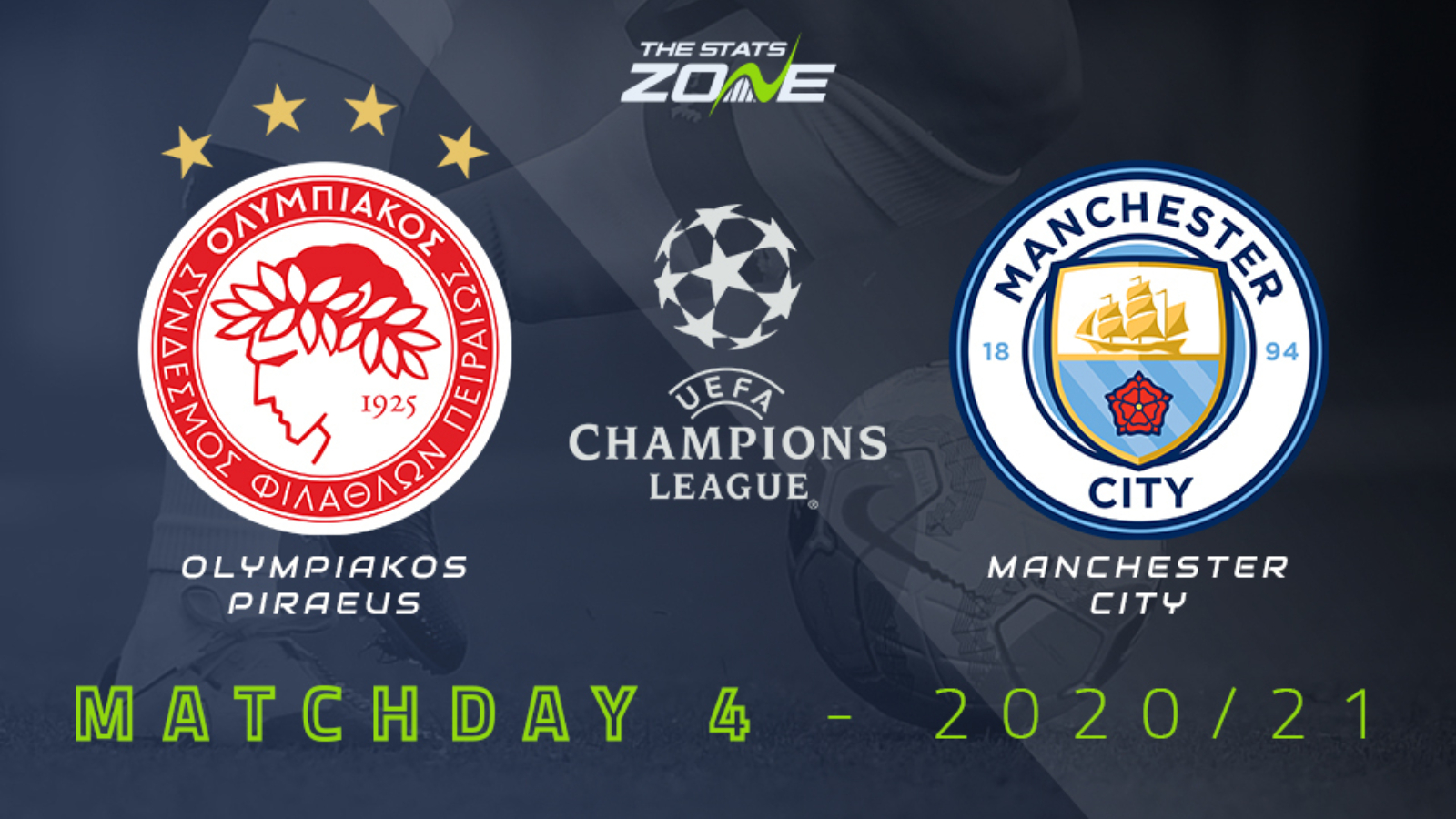 Where is Olympiacos vs Man City being played? Stadio Georgios Karaiskáki, Piraeus

Where can I get tickets for Olympiacos vs Man City? A lot of Champions League games are being played without spectators but the situation is changing rapidly so it is worth checking official club websites for updates

What TV channel is Olympiacos vs Man City on in the UK? BT Sport have the rights to UEFA Champions League matches in the UK, so it is worth checking their schedule

Where can I stream Olympiacos vs Man City in the UK? Subscribers can stream the match live on the BT Sport website & app

Man City have already secured three wins from three games in Group C and victory here over Olympiakos would guarantee Pep Guardiola’s side a place in the UEFA Champions League Knockout Stage. After being the Greek side 3-0 at the Etihad Stadium on Matchday 3, City are not likely to have it as easy this time round, with Olympiakos a very strong side at home having won their only group game played so far in Greece 1-0 vs Marseille. However, Man City are smarting having been beaten at the weekend by Tottenham Hotspur in the Premier League and will be aiming to prove a point here against the hosts, who may show signs of fatigue following a hard-fought victory over fierce rivals Panathinaikos just four days ago. Ultimately, the superior attacking quality of Guardiola’s men should see them triumph here by at least two clear goals and secure their knockout qualification.