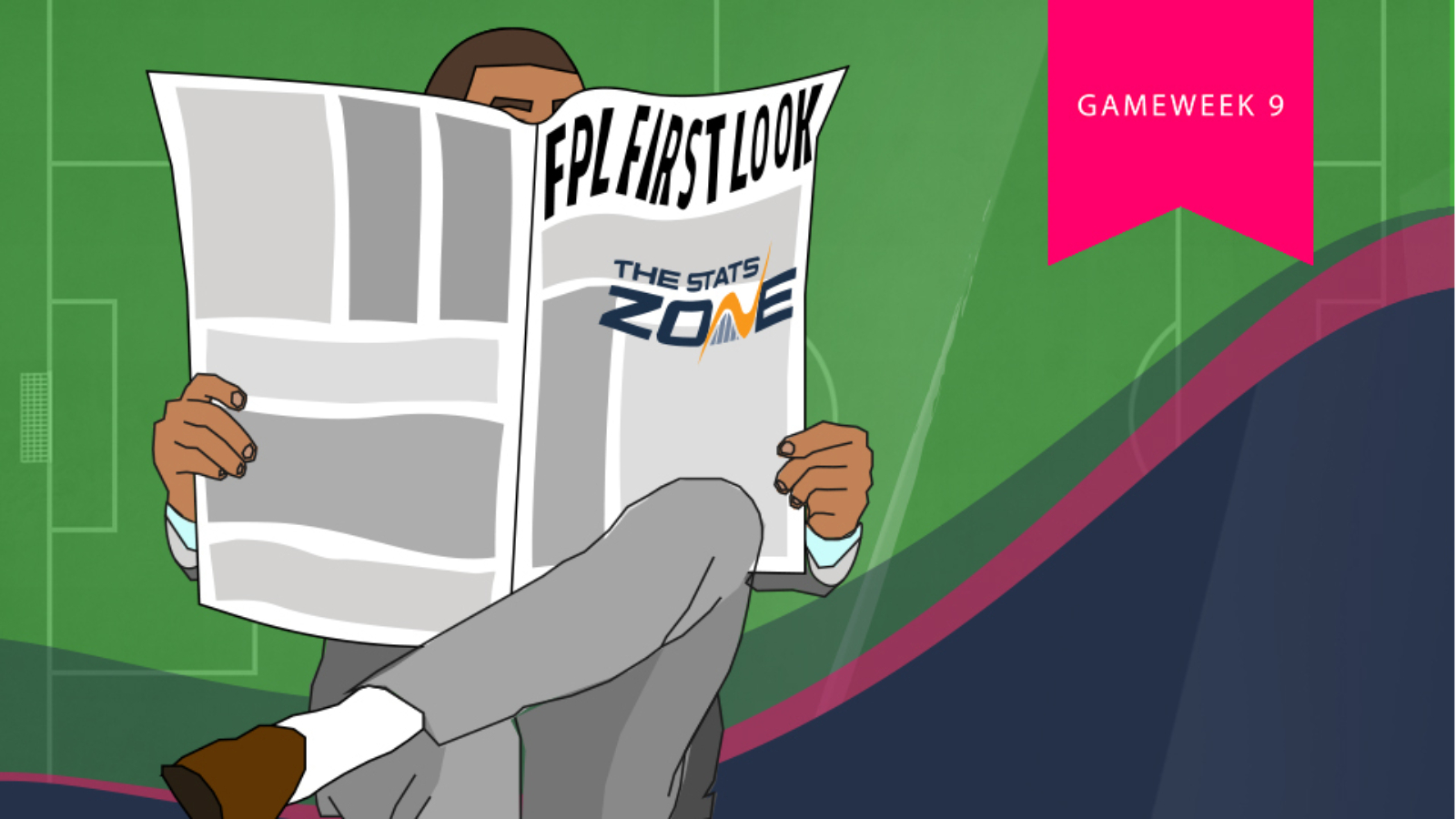 Gameweek 8 saw the loss of Kevin De Bruyne (£9.9m) hit more than just FPL managers as Man City suffered defeat at the hands of Wolves. Without De Bruyne offering up assists for his fellow teammates, City failed to score in front of their own fans for the first time since May 6th 2018 – 25 home Premier League matches ago against Huddersfield. The side have now lost both Premier League matches in which De Bruyne hasn’t started this season.

Games that Man City have lost this season ⛔️

City’s blank against Wolves will have largely contributed to Gameweek 8’s average point score of 36 – the lowest so far this season. No goals also meant a first blank of the season for Sergio Aguero (£12.2m), while FPL’s latest bandwagon Riyad Mahrez (£8.7m) scored a single point after a disappointing display saw him subbed after 59 minutes.

Mahrez subbed off at 59.50. Pep is out here destroying #FPL manager's careers. pic.twitter.com/38umYY7d1n

Raheem Sterling (£12.1m) also failed to register attacking returns for the fourth time in five gameweeks. The Englishman’s Premier League form is becoming quite alarming, with his points total skewed from the three goals scored against West Ham in Gameweek 1.

Now eight points adrift of Liverpool at the top of the league, the return of KDB cannot come soon enough for both FPL managers and the club itself.

Somewhat overlooked in the match between Man City and Wolves was the performance of the Midlands club, who are starting to get over their early-season struggles. Following a six-game winless streak to start the season, a period that saw just four points gathered, Wolves have now won their last two league matches. This winning streak stretches to four when taking into account their Europa League and League Cup victories as the side is now unbeaten in their last five in all competitions.

Wolves have five players with more than 30 #FPL points this season. The only teams with more are Liverpool and Man City.

Key to this revival has been their improving defensive record. A clean sheet against Watford in Gameweek 6 was followed by the shutout against Man City last weekend. Rui Patricio (£5.1m) is now the top-scoring keeper in FPL, while defensive assets Willy Boly (£5.0m), Matt Doherty (£6.0m) and Conor Coady (£5.0m) will start to garner attention, particularly given Wolves’ next two fixtures – Southampton (H) and Newcastle (a).

Wolves looked at their perilous best today and this after a tiring EL tie 3 days back. Anyone tempted by this fellow? Those fixtures are 😍 pic.twitter.com/d7PWWxb0bU

Further forward, Raul Jimenez (£7.1m) registered two assists against City and is starting to look like the forward we all knew and loved last season. Adama Traore (£5.0m) could also be an excellent budget midfield option. Costing just £5.0m, the winger has now started each of the last three Premier League fixtures and has two goals and an assist during that time period.

Looking at Wolves fixtures and I'm very interested in their assets.. Traore has started the last 5 and has returned 30 points in that time and is only 5.0m (potential Cantwell replacement) and Boly looks a bonus point magnet when Wolves keep clean sheets. A team to watch! #FPL

Who knows where Chelsea would be if the transfer ban at the club had never come into effect but the loss of potential signings has been the gain of not only Chelsea but also FPL managers. Tammy Abraham (£7.7m), preferred to Olivier Giroud (£6.7m) and Michy Batshuayi (£6.6m) since day one, netted again in Gameweek 8 – his eighth Premier League goal of the campaign – and has now risen £0.7m in total. Such is his form and low price at the start of the campaign, Abraham is still undervalued at £7.7m.

Tammy Abraham gets his 8th Premier League goal of the season

Mason Mount (£6.8m), another who may not have been given a chance if things had been different, scored his fourth at the weekend and continues to demonstrate the sort of consistency FPL managers can only dream of for a £6.8m asset.

Fast and fluent going forward, a third member of Chelsea’s young players is starting to make an impression after being injured at the start of the campaign. Costing £5.9m, Callum Hudson-Odoi (£5.9m) now has an assist in each of his two matches this season and will be one to monitor moving forward.

Hudson Odoi starting and looking good. Lanzini leaving my team quicker than you can say "CHO will be £7M by Christmas" #FPL

It had long been assumed that despite the side's struggles away from home, a fixture against fellow newly-promoted side Aston Villa at Carrow Road would be the cure to Norwich’s poor run of form and in particular Teemu Pukki’s (£7.1m) goalscoring record. Sadly what followed was Norwich’s worst performance of the season, a match in which they were dispatched 5-1, with Pukki looking nothing like the player who had won our hearts in the opening five gameweeks of the season.

A booking compounded Pukki’s insipid display and the striker was hooked on 83 minutes with his replacement Josip Drmic (£5.4m) scoring Norwich’s lone goal. After being the most transferred out player in Gameweek 7, Pukki has already lost 200,000 owners (as of writing) and has dropped £0.1m in value already. Another price drop is likely to come over the international break.

Live scenes from the Pukki Party. The morning after the night before has arrived. #FPL pic.twitter.com/3pTGbNmksW

Defeat to Newcastle on Sunday afternoon condemned Man Utd to their worst league start in 30 years and their worst away run since the beginning of the Premier League era. While the state of the club is beyond the scope of this article, the performance of their FPL assets is not. Simply put, all Man Utd assets should be avoided by FPL players.

Apps without a goal for Man Utd’s entire midfield and attack:

Instead, FPL managers should be looking to bring in players who face the Red Devils rather than looking at assets from the squad itself. With just nine goals scored and two clean sheets so far this season, Ole Gunnar Solskjaer's side welcome Liverpool next week, before games at Norwich and Bournemouth. Mo Salah (£12.5m) and Pukki will be looking to find some form in these matches.