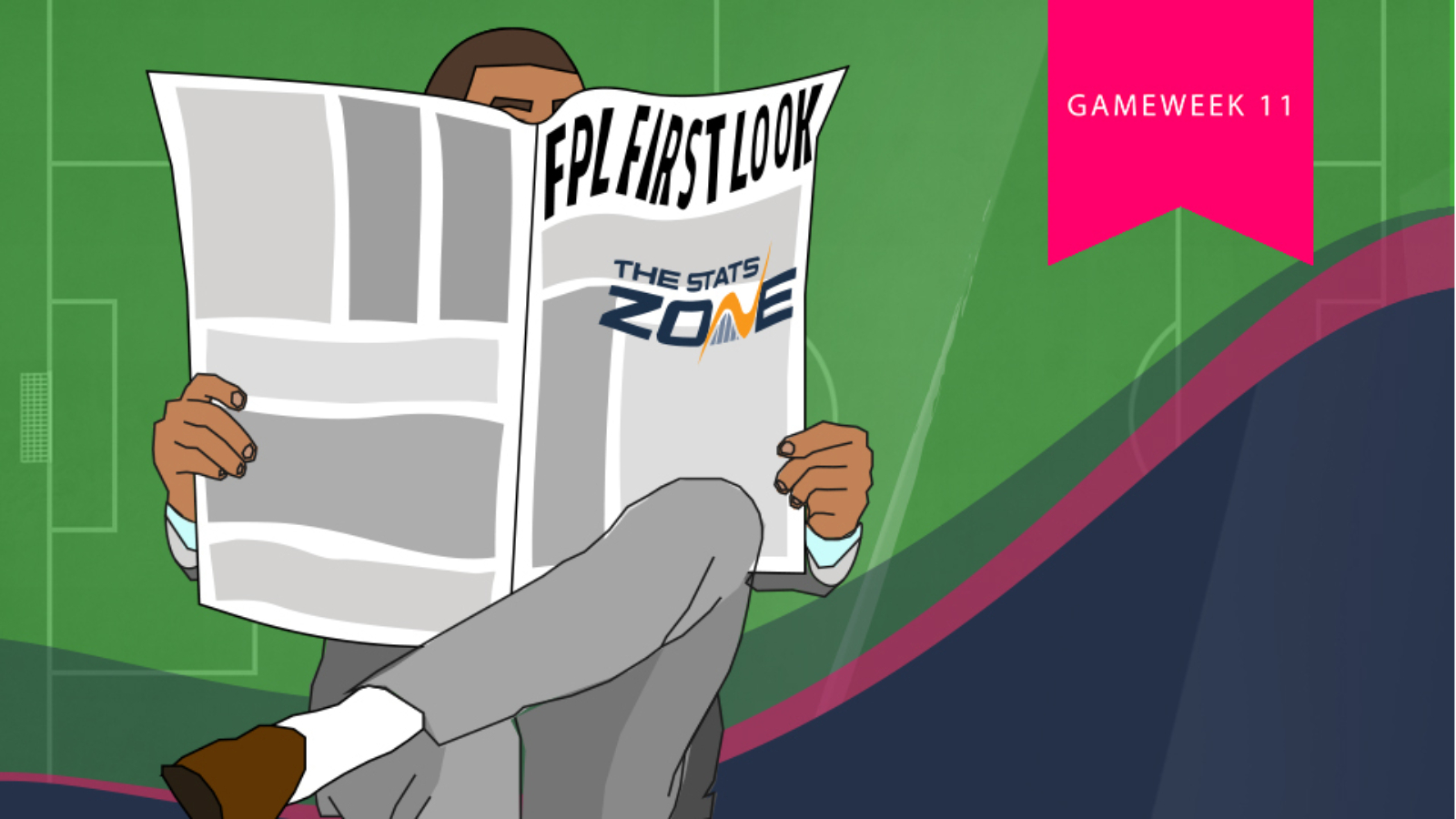 1. SERGIO AGUERO CAN NO LONGER BE CONSIDERED AN FPL ASSET

The first lesson learnt may seem a little drastic given that we are talking about the second highest scoring forward and fifth highest scoring player currently in FPL. Having said that, the last few weeks have not made for pretty viewing. Sergio Aguero (£12.1m) has now not started four of the opening ten fixtures this season and has seen just one start and 128 minutes of Premier League action in the last four gameweeks. During that time period, he has recorded just one assist along with seven FPL points. That’s an average of 1.75 points for a player that currently costs £12.1m to own.

Despite his 62 points, FPL managers are unsure whether they are going to be burnt on a weekly basis. The form of Gabriel Jesus (£9.5m) means Pep no longer has to solely rely on the Argentinian and given he won’t play both at the same time, Aguero is going to miss a lot of matches this season. Essentially, there are four reasons why Aguero can no longer be considered an FPL asset:

2. AN FPL TEAM ISN’T COMPLETE WITHOUT SOME LEICESTER PLAYERS

Leicester’s form and favourable upcoming fixtures were first highlighted back in our GW7 first look article. Since then, the Foxes have beaten Newcastle, Burnley and Southampton, scoring 16 goals and conceding just twice in those wins. There was also a credible 2-1 loss away at Anfield in GW8. Friday night saw the side put NINE past a truly woeful Southampton side as they set the record for the biggest away win in Premier League history. The 9-0 also equalled the record for the biggest ever win in the Premier League – an honour they now share with Man Utd.

Leicester secure the biggest away win in #PL history#SOULEI pic.twitter.com/cCUNck49Qh

In addition to the record scoreline, Leicester’s GW10 victory also saw them set a remarkable FPL record. By the end of the 90 minutes, every single one of their starting XI had secured some form of FPL points return above the standard two points for 60 or more minutes played.

Who did you have in your #FPL? pic.twitter.com/ULxoNIoONv

The scoring was led by known FPL asset Jamie Vardy (£9.2m) and forgotten FPL asset Ayoze Perez (£6.0m), who both scored a hat-trick in addition to 20 FPL points. The form of Vardy under Rodgers has been nothing short of incredible since his arrival at the King Power stadium and it is that form that has led to the Englishman’s place atop the FPL scoring charts. At just £9.2m and a 20.4% ownership, Vardy is quickly becoming a must-own.

THE VARDY PARTY IS BACK!! #FPL pic.twitter.com/Tz6HBaVh8S

There were also goals for James Maddison (£7.3m) and Youri Tielemans (£6.5m). The appeal of James Maddison is already fairly well documented but the potential of Tielemans has flown somewhat under the radar this season. The Belgian currently has four more points than his more highly owned teammate, while last season he registered 63 points in just 13 appearances – an average of 4.84 points per app. Costing just £6.5m, there are few players in the whole of FPL who offer that sort of value at that price range.

Tielemans is a better FPL option than Maddison

At the back, Ben Chilwell (£5.5m) continued to show the benefit of having attacking full-backs in your FPL squad. The English left-back chalked up a goal, two assists and a clean sheet and is £0.8m cheaper than his right-sided teammate Ricardo Pereira (£6.3m).

Ben Chilwell's 19 points will please his 4.6% ownership who have their sights set on strong upcoming fixtures for Leicester 🦊#SOULEI pic.twitter.com/58e30w2d85

The return of Anthony Martial (£7.5m) to the starting XI for Man Utd may not only act as a catalyst for his side's form but also their FPL appeal. Simply put, this team are a different proposition when the Frenchman is on the pitch, with his and Marcus Rashford’s (£8.4m) link-up play particularly devastating. Admittedly, a victory over Norwich at Carrow Road is no longer the statement result it would have been back in August or September, but stats don’t lie. Under OGS, Man Utd score more and win more when Martial is in the side.

What a difference Anthony Martial makes for Man Utd.#MOTD2 pic.twitter.com/s73VtlYC3c

After starting the season with two goals and an assist in the opening three gameweeks, the Frenchman has picked up right where he left off. The return of Martial is also doing wonders for the form of Rashford. No longer having to play as the out-and-out striker, Rashford can return to the inverted left forward role – a position in which he scored two goals and an assist at the start of the season before Martial was injured.

Man Utd is a team when front 3 of Martial, Rashford and James is fit. All 3 look good options for the next 4. And don't say "it was only Norwich" #FPL #FPLCommunity

Much was written following GW9 of the latest FPL bandwagon Callum Hudson-Odoi (£6.0m). His three assists in three appearances led to the winger being transferred in by just over 120,000 FPL managers ahead of Chelsea's GW10 fixture against Burnley. For those managers, GW10 must have been a difficult watch as Hudson-Odoi was benched before registering zero points in an 18-minute cameo.

Feel for all those who bought Hudson-Odoi this week😐#FPL https://t.co/zD7w8iZduz

Even more concerning though will be the form of his replacement that match. It has taken a while for Christian Pulisic (£7.1m) to adapt to life in the Premier League but the game against Burnley saw the American announce himself to the Chelsea faithful. A man of the match performance saw ‘Captain America’ tear Burnley apart on his way to a first hat-trick in England football. The performance of Pulisic may have been a welcome sight for Chelsea but for FPL managers, all this has done is put doubt in the mind over which of the two wingers will start on a week-to-week basis. While the rewards for owning the correct player are obvious, both Hudson-Odoi and Pulisic are perhaps best avoided until the situation becomes clearer.

Before you include CHO in your team, consider this:
With Pulisic looking better and better CHO represents a rotational risk as the season goes on. Can’t se Mount being benched anytime 🕵🏻♂️🚨

The return of Alexandre Lacazette (£9.3m) to the first team following his recent injury lay-off was mentioned last week, in addition to the potential affect it could have on the future outlay of Pierre-Emerick Aubameyang (£11.1m). Unlike in GW9 when Lacazette’s 21 minutes on the pitch saw Aubameyang relegated to the left-hand side of an attacking three, in the match against Palace Emery played the two as a pair up front.

🔴Lacazette £9.3m
1.5% tsb
Back from injury🚑
Good fixtures🗓️✅
2 goals in his 2 starts🔥✅
Did play 75min midweek but if he starts this weekend he will be a great punt going forward🎯 pic.twitter.com/4Z52cDxbbk

While this is good news for Aubameyang owners, the bigger question is whether the Gabonese striker is actually worth the £1.8m more than Lacazette to acquire his services – particularly if both are going to play regularly moving forward. Last season, Aubameyang averaged 5.69 points per appearance compared to Lacazette’s 4.74. With an ownership of just 1.6%, if the Frenchman can maintain his spot in the starting XI over the coming weeks, he could offer excellent differential value moving forward, particularly for those FPL managers wanting an Arsenal asset but unable to afford his more expensive strike partner.