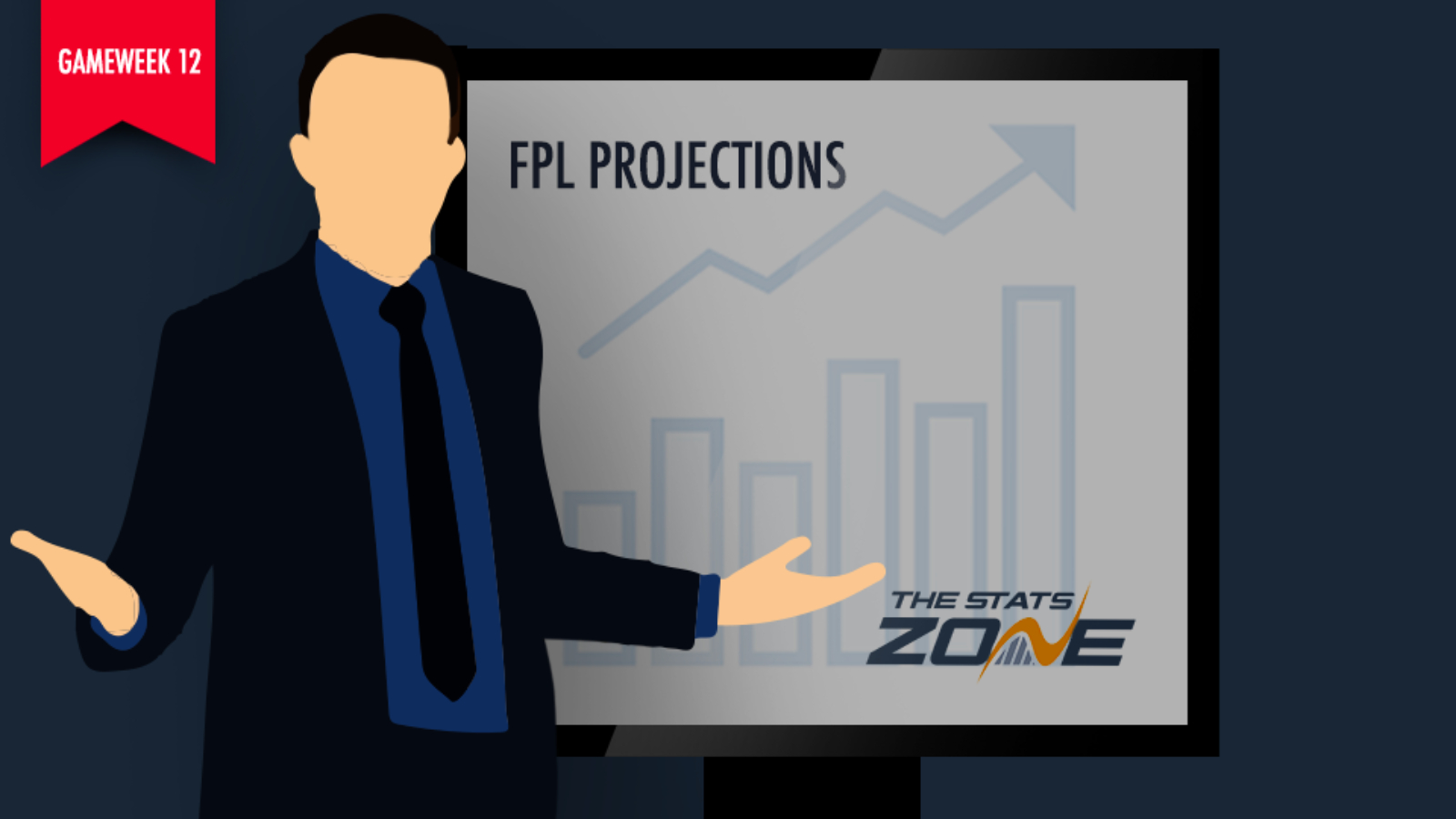 Bournemouth kept a third successive clean sheet by beating Man Utd 1-0, making Aaron Ramsdale (£4.6m) the week’s top-scoring goalkeeper with nine points. There were goals for Christian Pulisic (£7.3m) and Jamie Vardy (£9.4m), whose late strike for Leicester at Crystal Palace prevented another algorithm captaincy blank – the first to score since Gameweek 5. However, there was nothing from Mo Salah (£12.3m), Raheem Sterling (£12.1m), Wesley (£6.0m), Youri Tielemans (£6.6m) and David Silva (£7.7m). Managers must remember to get substitutions done by Friday evening, as Norwich and Watford start proceedings at 8pm. 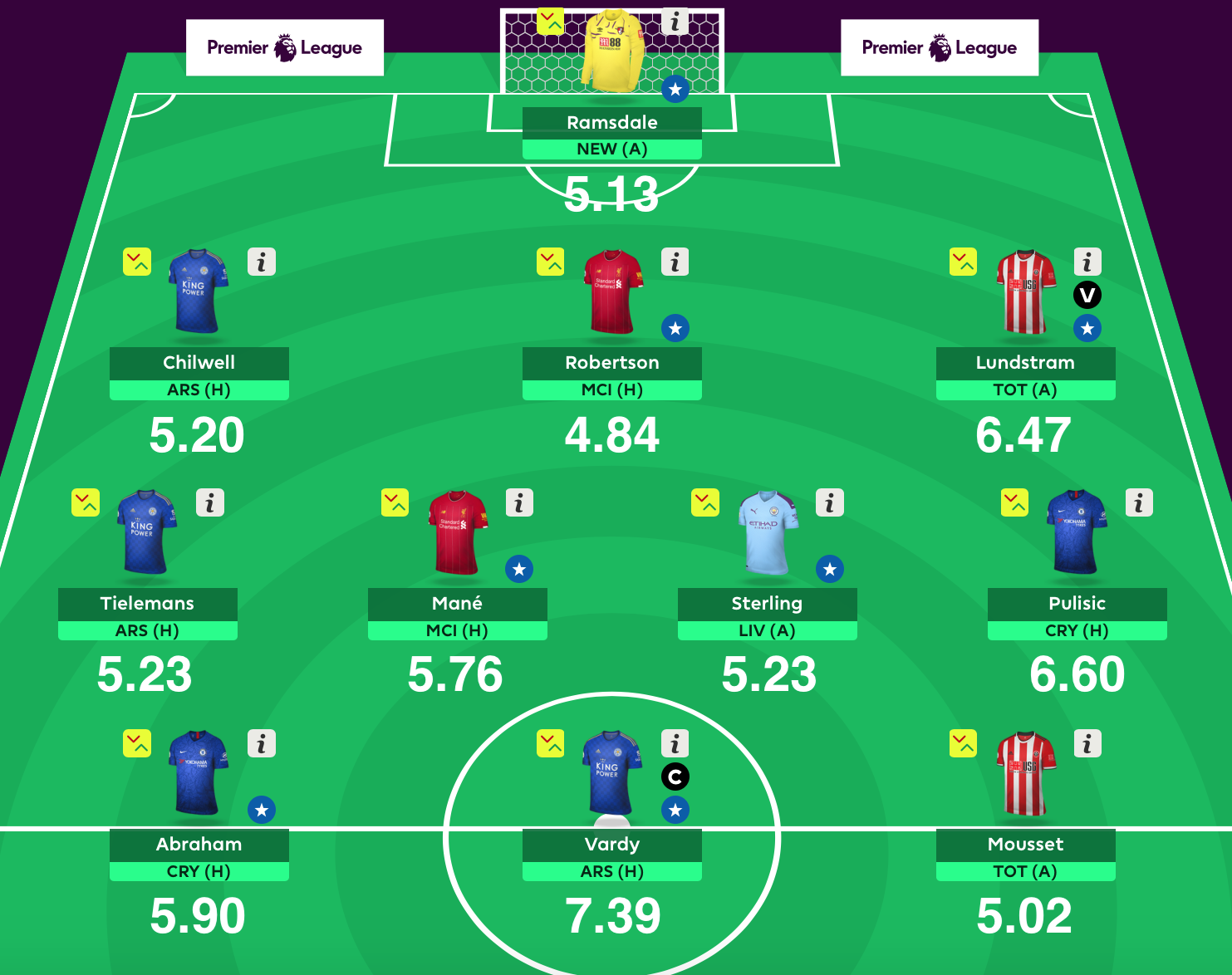 Six of this week’s team were also there last week, while the other five scored nine, 21, 12, 12 and 13 points. Those with Ramsdale will be confident of a fourth consecutive shut-out for Bournemouth’s trip to Newcastle, despite the Magpies finally discovering what goals are at West Ham. Still the league’s second-lowest scorers, their 3-2 win saw them score multiple goals for the first time this season and it should have been 5-0 by half-time. Owners of Ramsdale, Nathan Ake (£5.0m) and Diego Rico (£4.3m) will hope this was a freak result.

Alongside Sheffield Utd, Leicester’s defence has conceded a league-low of eight goals and attacking full-back Chilwell has added a goal and three assists to these clean sheets. Lord Lundstram continues to make a mockery of not just his price tag but his classification as an FPL defender and managers won’t be afraid to start him, even though the newly-promoted side travel to Spurs. Trent Alexander-Arnold (£7.2m) made the first nine algorithm sides this season but Andrew Robertson’s (£6.9m) recent attacking returns have seen him replace his teammate. The duo are the third and fourth top-scoring defenders in the game, yet have only kept two clean sheets so far.

When Leicester beat Arsenal 3-0 in April’s corresponding fixture, Tielemans scored the opener. His start to this season felt slow but he scored in both Gameweek 8 and Gameweek 9, gaining 240,000 managers since the 0-9 win at Southampton. Pulisic is selected again, tipped to continue his scoring streak. The American has never scored more than four league goals in a season but has already matched that over the past fortnight, although playing against Ajax on Tuesday could mean Callum Hudson-Odoi (£5.9m) starts instead.

Two midfielders play in Sunday’s headline match, as Liverpool and Man City meet. Whereas two seasons ago these gave us a 5-0, a 4-3 and two thrilling Champions League quarter-finals, last October’s Anfield match resulted in a 0-0 between two tactical managers who would have prepared for the match in excruciating detail. Mane is now just 0.3m cheaper than Salah, thanks to scoring twice and setting up three goals in the last five games. In comparison, Salah has just one goal and no bonuses. Form is definitely with the Senegal star, with ownership swinging heavily in his favour.

Sterling’s form isn’t as impressive, having only once delivered more than eight points since the opening weekend. He has one goal from ten meetings with his former club and that was in the Community Shield. 1.5 million managers trusted him with their captaincy for the Southampton match and were rewarded with just one point, having collected his fourth yellow card of the season.

MOTD2 stats for current conversion rates. Best last season by anyone in PL was 26% #fpl https://t.co/DqEd3KuN77

Up front, it’s hard to look past Vardy for this week’s armband. The league’s top scorer already has 80 points and is up against an Arsenal side who he loves facing. He has more goals against the Gunners than any other opponent, with eight strikes in eight games. Chelsea follow the remarkable 4-4 draw with Ajax by hosting Crystal Palace on Saturday lunchtime. Abraham is FPL’s most selected player and will be heavily-captained, although only two of his nine goals have been in home matches. His Champions League own goal takes him up to two for the season. An in-form cheap striker is Lys Mousset (£4.9m), who assisted all three goals during Sheffield Utd’s 3-0 win over Burnley. Attacking returns have been delivered in three consecutive games. 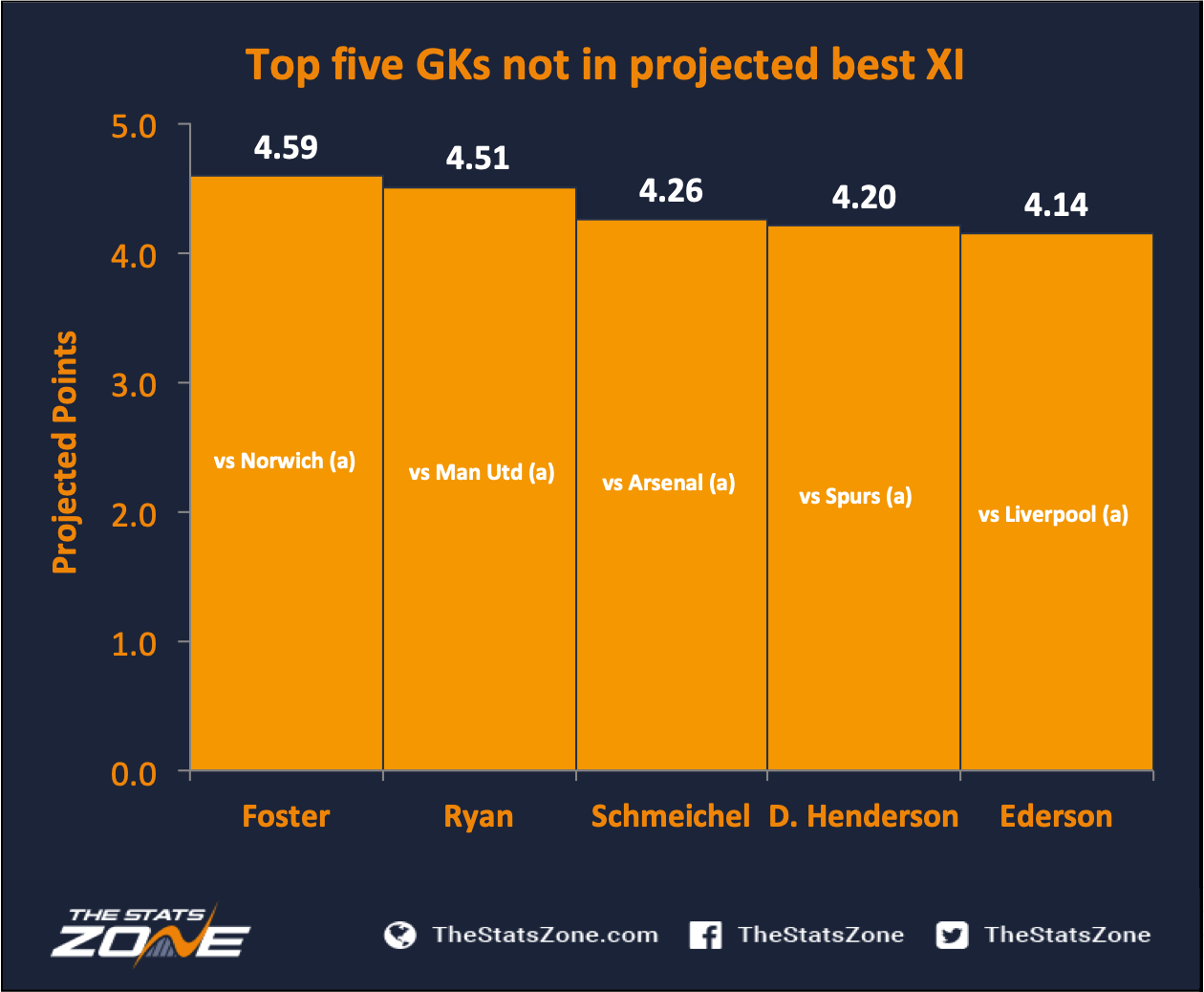 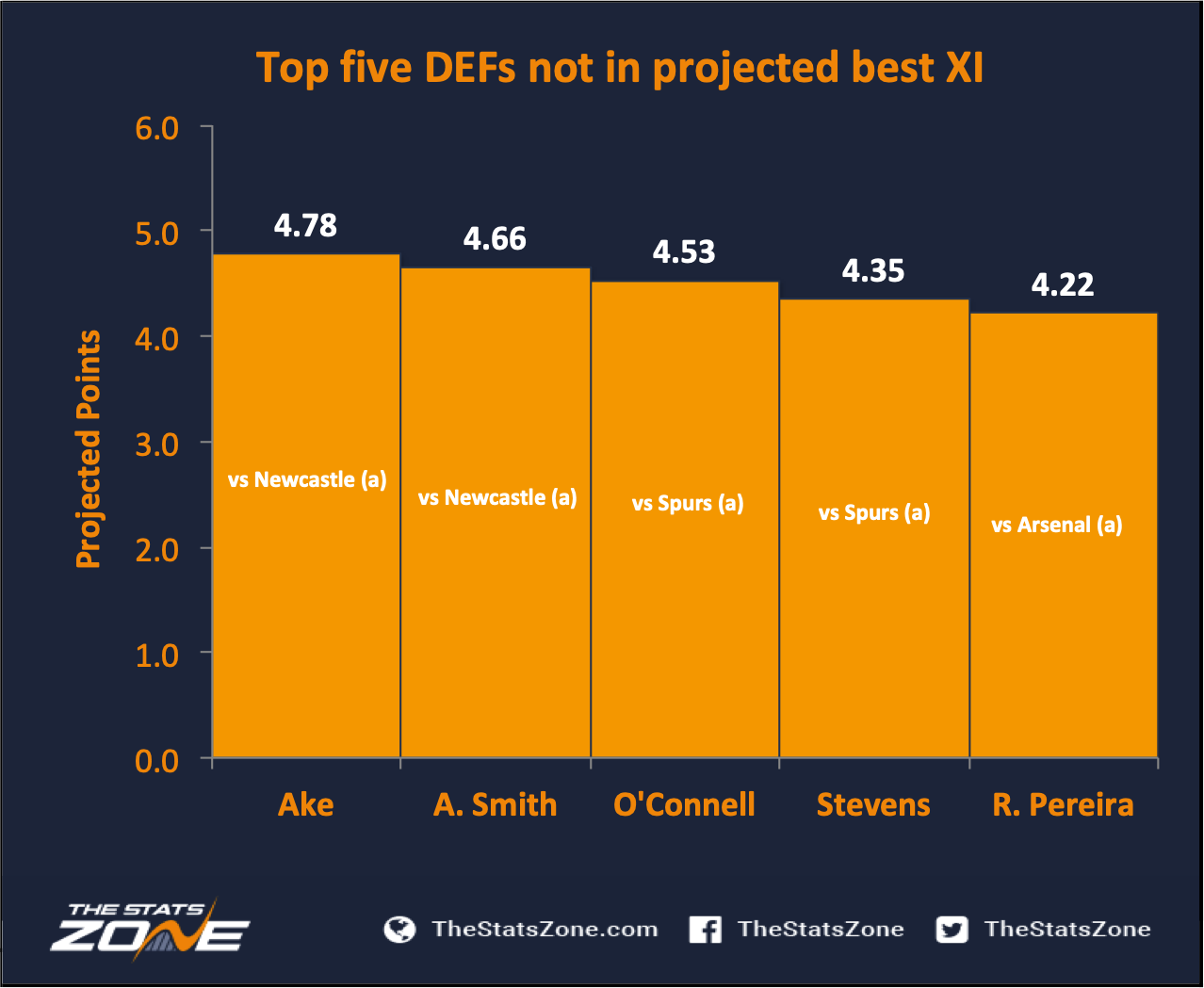 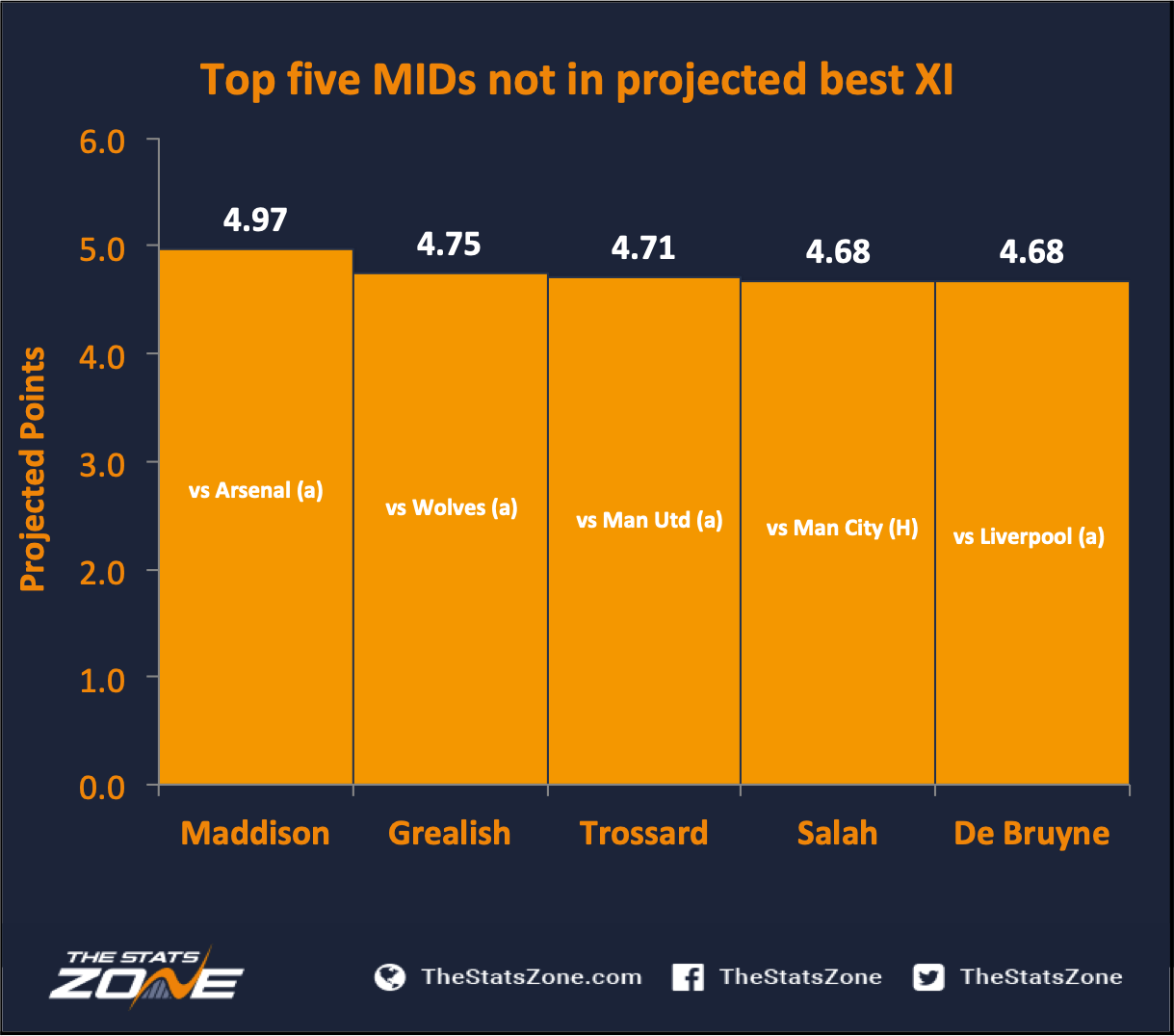 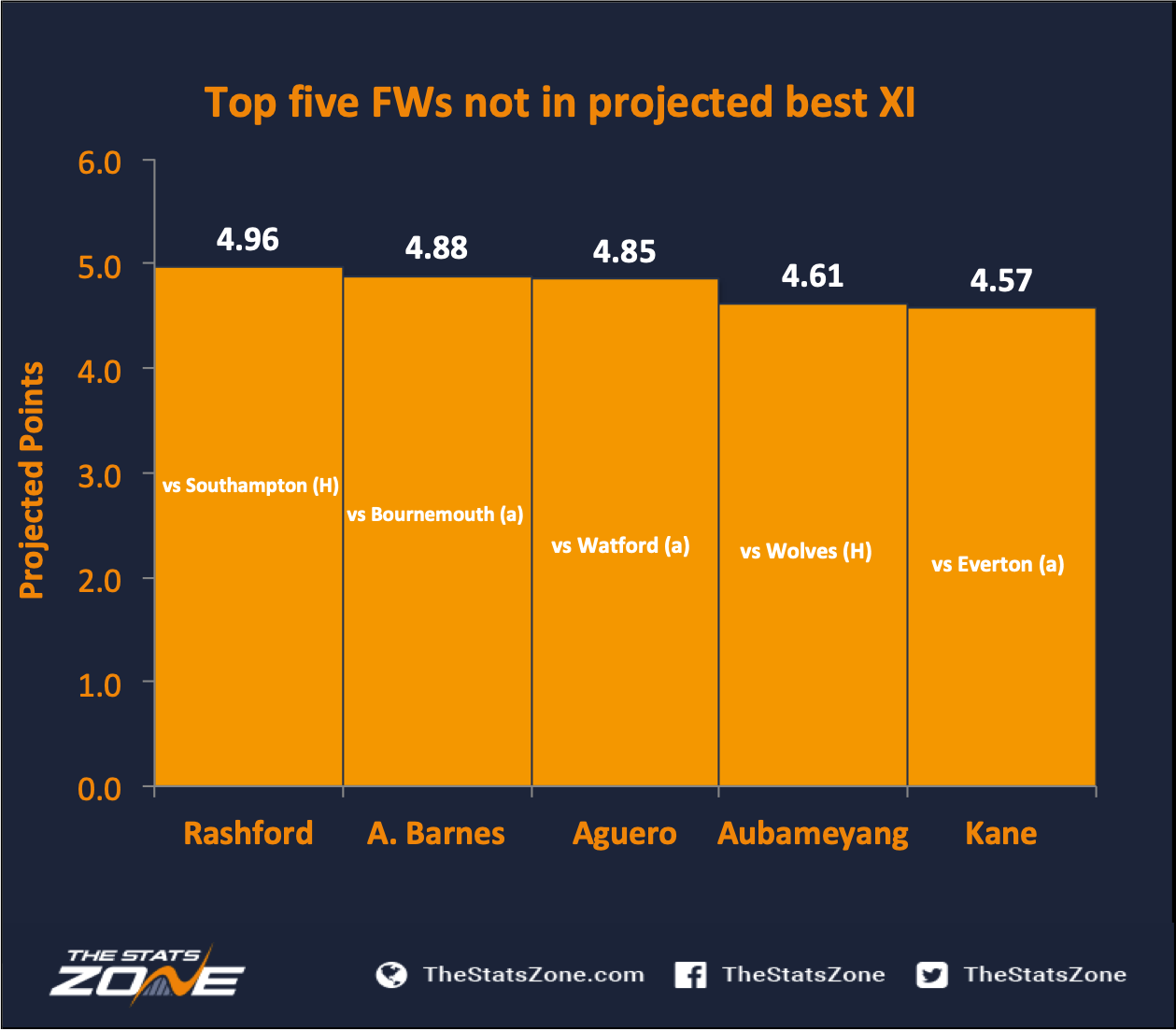