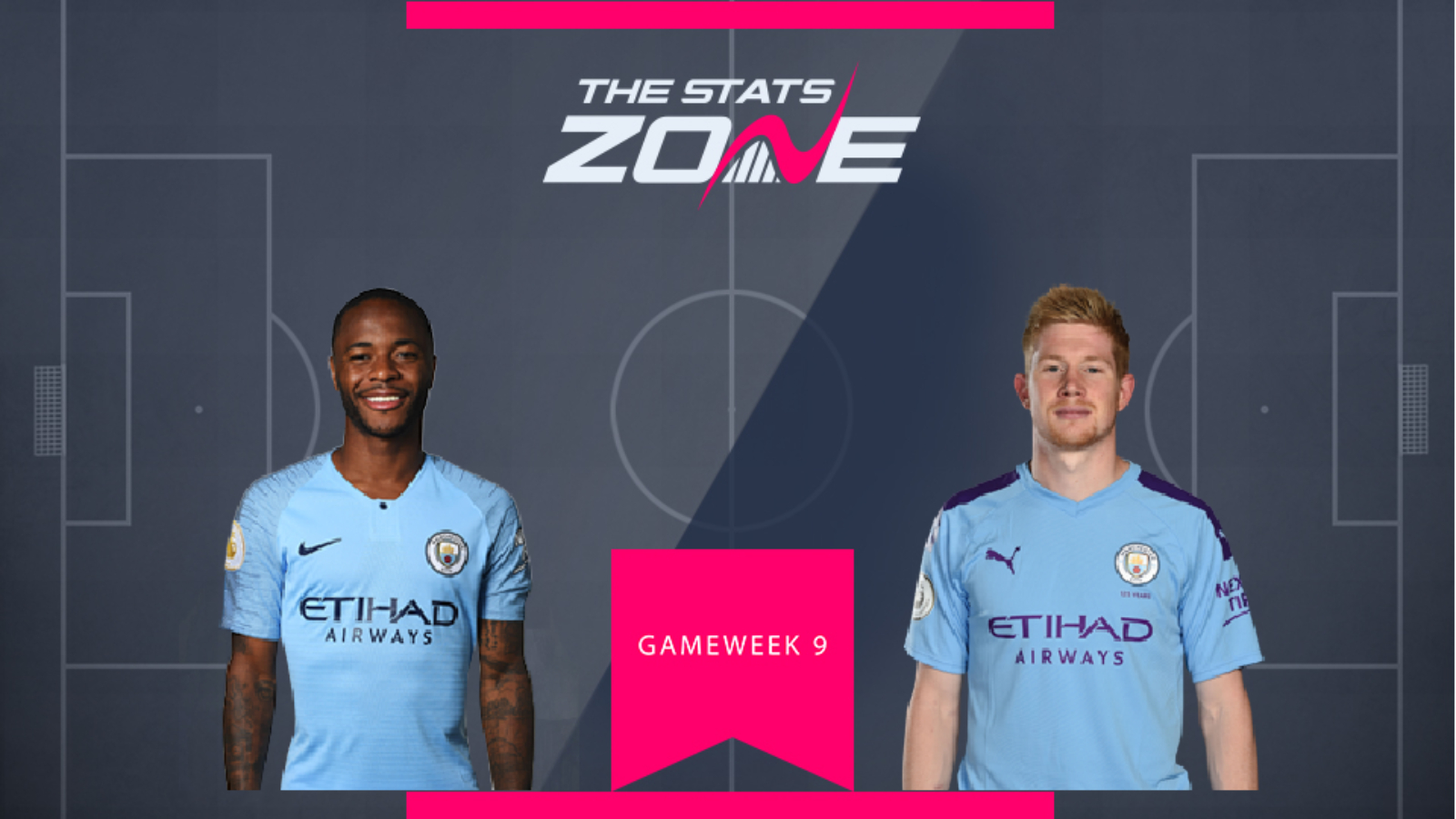 Man City will travel to Selhurst Park to play Crystal Palace off the back of a second Premier League defeat of the season against Wolves. Their last game following defeat saw them crush Watford 8-0 and whilst the scoreline may not be that high against a Palace side well drilled in defence, you’d still expect them to bag a few goals against the South London outfit. Hopes will be high for both Raheem Sterling (£12.1m) and Kevin De Bruyne (£10.0m) to register FPL returns in the form of goals and assists. Sterling has not shown his best this season, only scoring one goal in the past five gameweeks, whilst De Bruyne in that time has scored two goals to go with five assists. With a £2.1m cheaper price tag than Sterling, it seems a no-brainer to go with the Belgian if choosing between the two, although he will need to prove his fitness after missing Gameweek 8 through a groin injury. 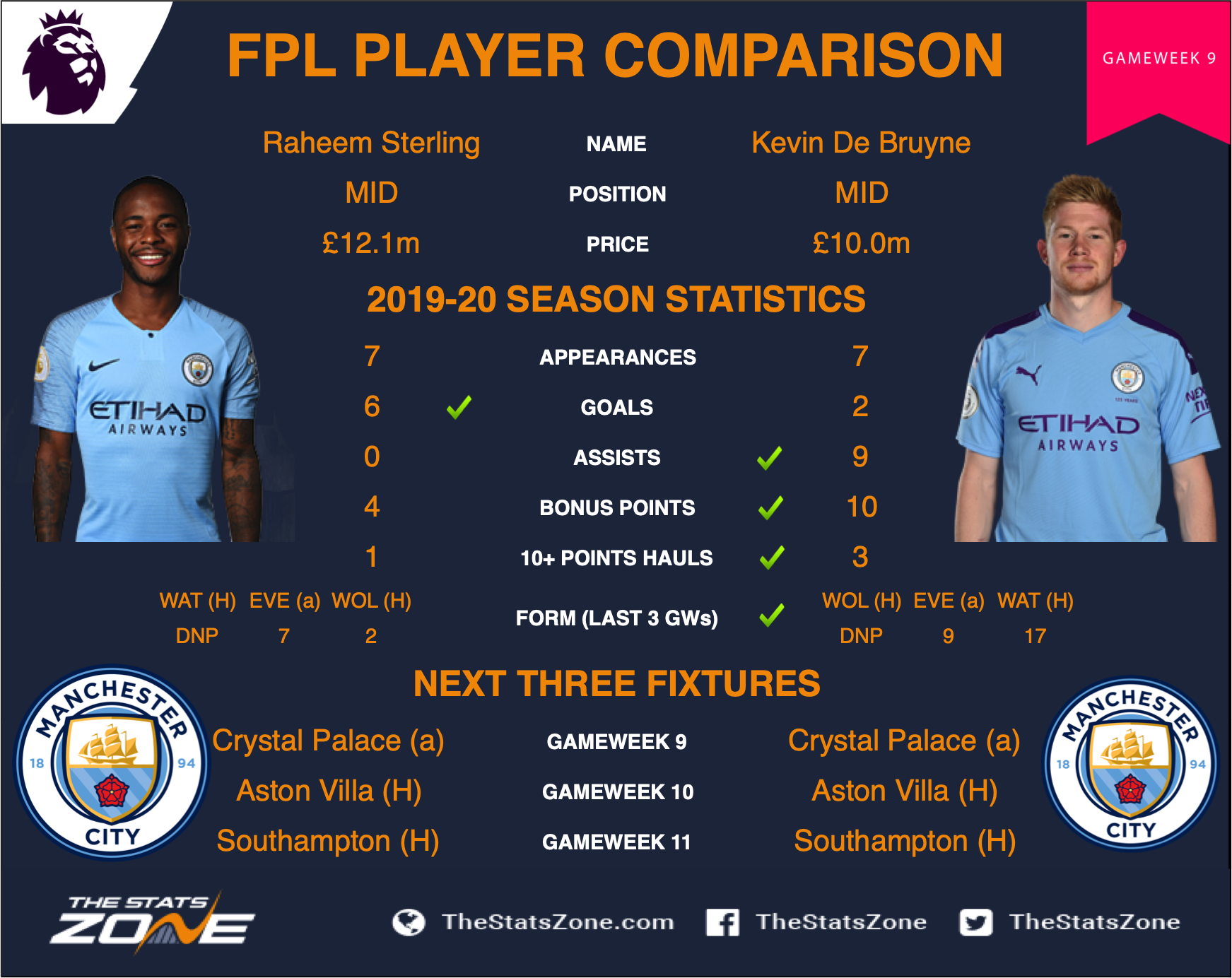