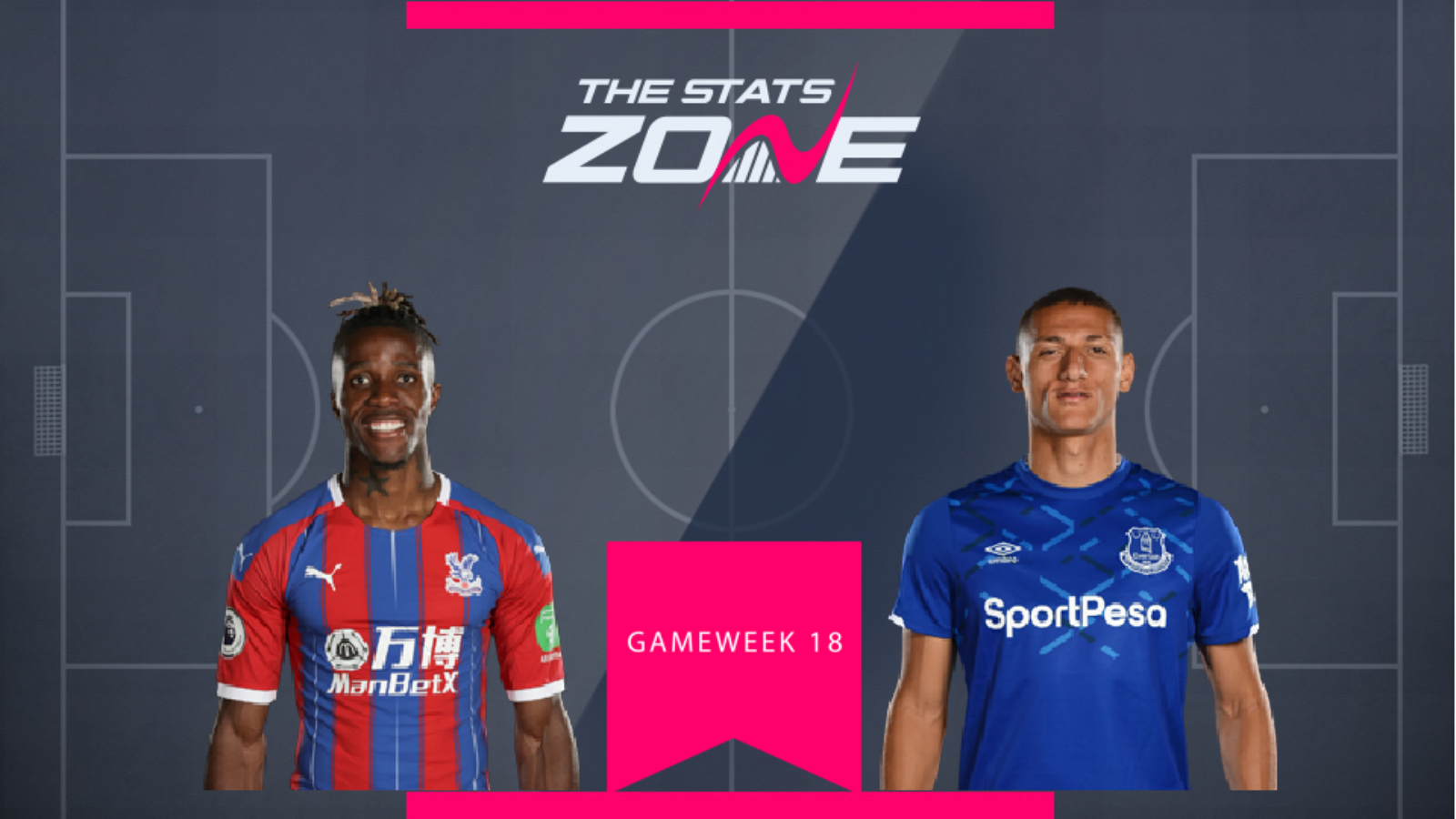 After going two gameweeks without a goal, Wilfried Zaha (£6.8m) burst back onto the scene for Crystal Palace against old enemies Brighton, whom Zaha boasts a strong record against which stretches to their battles back in the Championship. Zaha equalised for Crystal Palace which led to him accruing 8 FPL points from the fixture.

Having previously scored in three successive gameweeks, Richarlison (£7.9m) failed to grab a goal or assist against Man Utd in Gameweek 17. However, the Brazilian worked hard whilst playing as part of a front two and gave his owners lots of hope going forward, with Everton enjoying a resurgence until caretaken boss Duncan Ferguson.

Gameweek 18 sees Zaha’s Crystal Palace travel to Newcastle which could bode well for the winger seeing more of the ball on a big St James' Park pitch. Everton, meanwhile, host an Arsenal side in disarray and Richarlison looks an exciting asset to own ahead of kick-off. Arsenal have conceded 12 goals in their last six Premier League matches and the Brazilian could be set to pile on the misery come Gameweek 18. 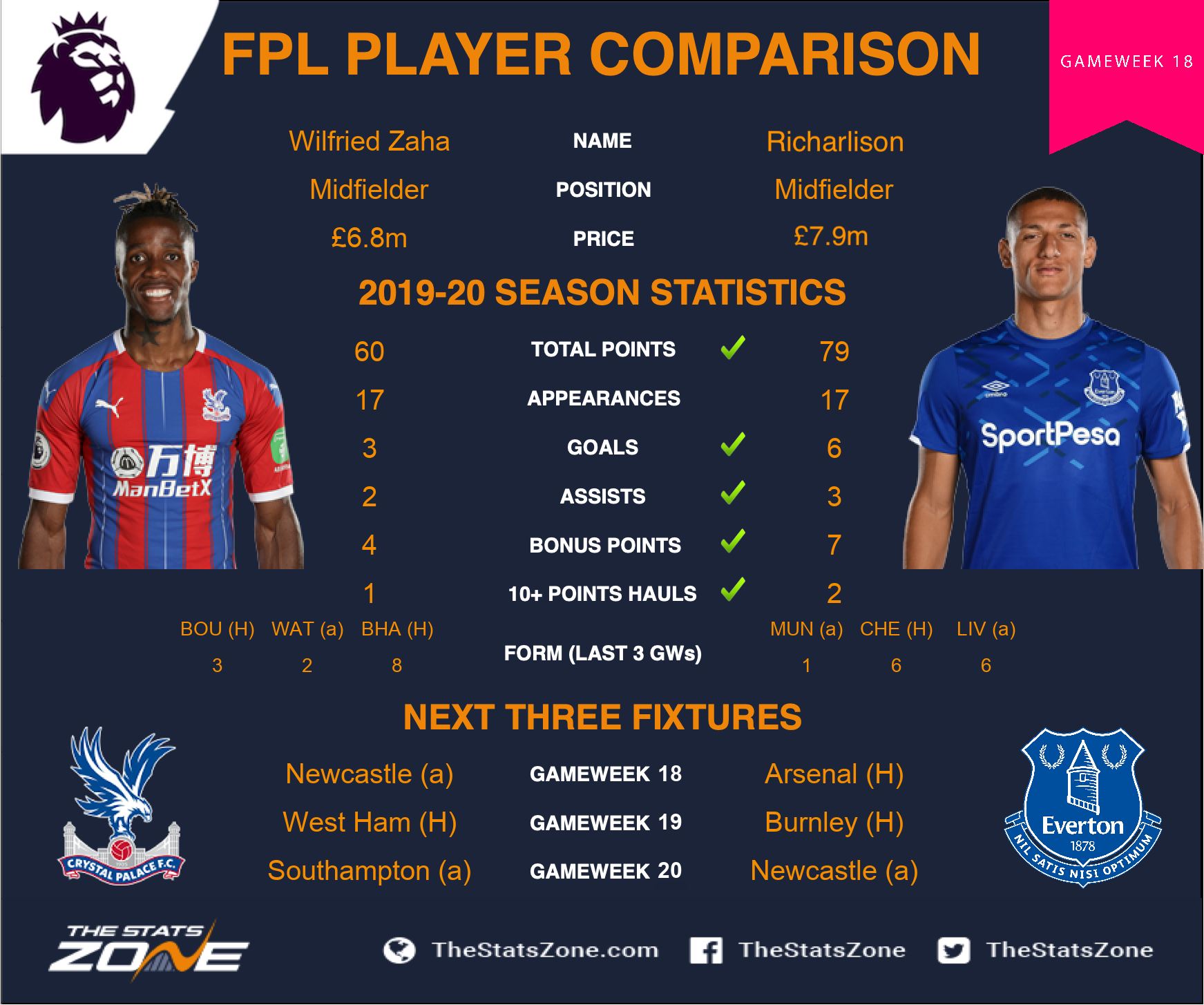