Wolves' Raul Jimenez (£7.2m) netted his fourth league goal of the season in Gameweek 11 away at Arsenal to earn himself 9 FPL points following the awarding of bonus points. In comparison, it was a poor weekend for Man Utd's Marcus Rashford (£8.5m) who failed to find the net away at Bournemouth after scoring in his two previous Premier League games. Despite the disappointing blank, Rashford still has five league goals so far this season and has shown signs that the best is yet to come from the Englishman.

Gameweek 12 sees both strikers play at home against teams they will be hoping will afford them opportunities to add to their respective goal tallies. Jimenez faces Aston Villa at Molineux, whereas Rashford takes on Brighton at Old Trafford. Of Rashford's five Premier League goals, four of them have come at the 'Theatre of Dreams' and that stat tips the scales in Rashford's favour in this particular head-to-head. 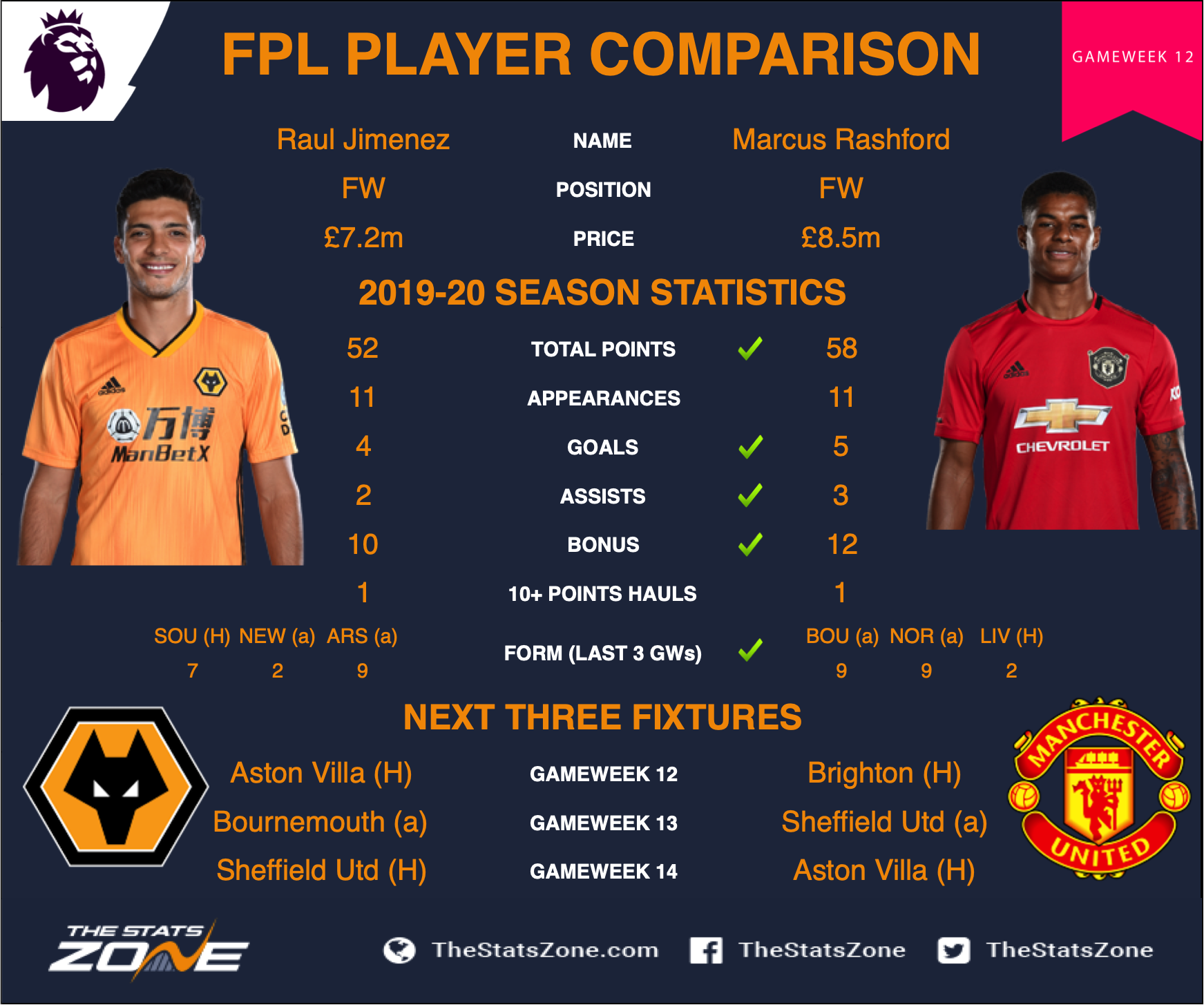