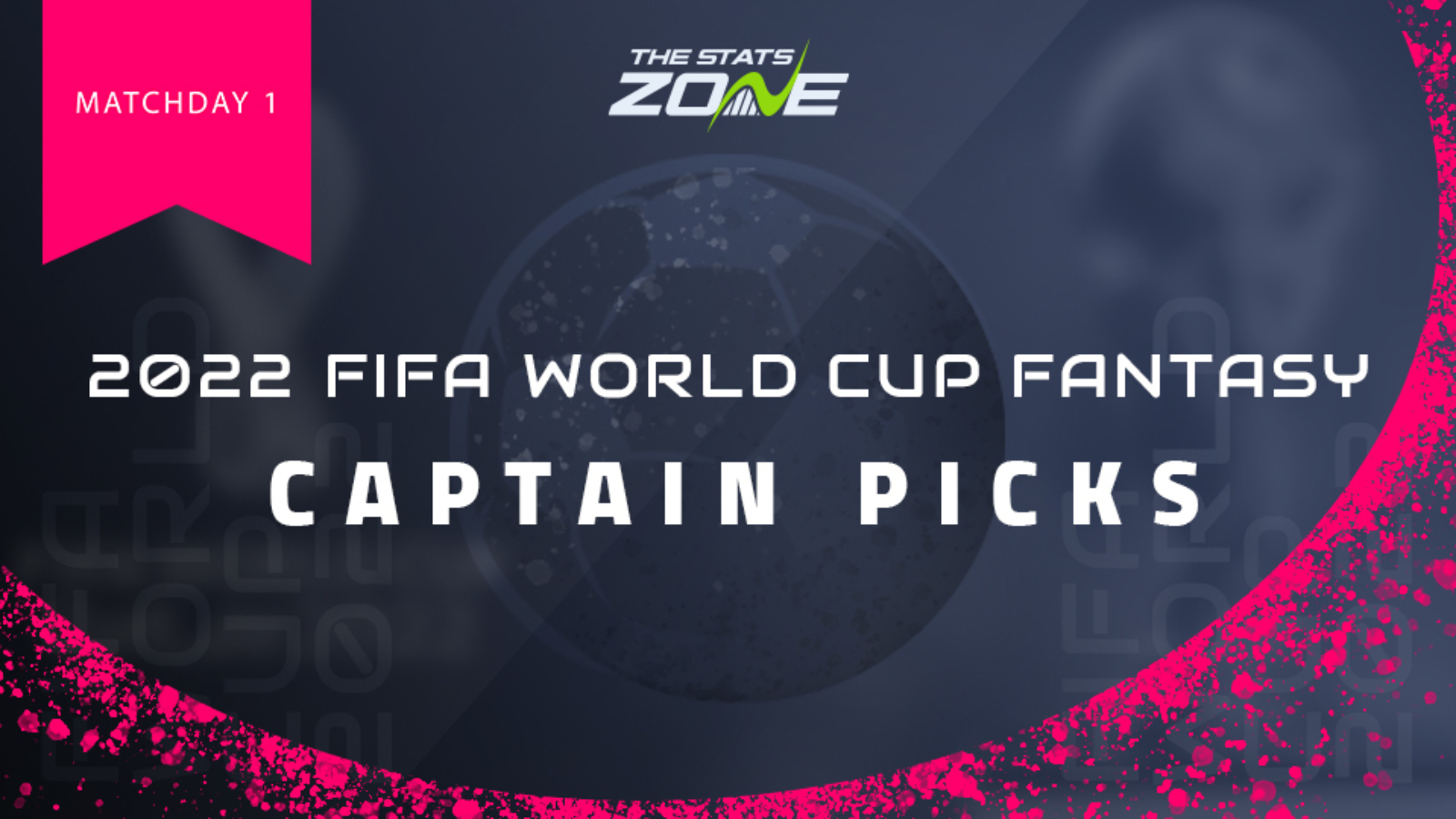 As Fantasy Premier League goes on sabbatical, World Cup Fantasy takes centre stage, with the group stage beginning this Sunday. Tournament hosts Qatar open up the 2022 FIFA World Cup against Ecuador, before the next day sees the likes of England, United States and Netherlands all in action.

Whilst fantasy football fans across the world scramble to put together their respective squads, one important factor remains. As is the case in any competition, whether it be FPL, UCLfantasy or World Cup Fantasy, choosing the right captain on any given gameweek/matchday will be crucial to your success. That player’s score is automatically doubled, leading to the potential of monster point-hauls. Choose correctly and it can parachute you up your respective mini-leagues in no time. Choose incorrectly though and it can have the opposite effect.

With that said, we at TSZ Towers are on hand to help our readers and World Cup Fantasy managers choose the best possible captain. With the ability to change your skipper once across each matchday, we’ve picked out three premium options for the armband, alongside a differential selection.

The 2018 FIFA World Cup Golden Boot winner, England’s Harry Kane ($11.0m) will want to replicate or even improve on that performance in 2022 as the Three Lions chase a first World Cup triumph since 1966. This bodes well for those considering the Tottenham striker as their Matchday 1 captain. His record in an England shirt speaks for itself, having scored 51 goals over the course of his 75 international caps. Another four goals would see him overtake Wayne Rooney as England’s all-time record goalscorer.

The 2018 World Cup Golden Boot winner 🤩 Like this tweet if the England captain is in your current Fantasy draft! 🏴󠁧󠁢󠁥󠁮󠁧󠁿 ♥️ https://t.co/2SQyF54QW6

Kane has enjoyed a fruitful 2022-23 season for his club, scoring 12 goals in 15 Premier League appearances for Spurs. England’s opening game in Group B sees them play Iran on Matchday 1. With this match taking place on the second day of the World Cup, this gives fantasy managers the opportunity to hand Kane the armband initially, but also safe in the knowledge that if he does not accrue a high enough fantasy score for their liking, they can choose to switch the captaincy to another asset who plays later on in the week as part of Matchday 1. One such asset would be our second premium captaincy option below.

Argentina’s skipper and talisman, many see this tournament as the last chance for Lionel Messi ($10.5m) to lift the World Cup for the first time in his glittering career. He is the all-time top goalscorer in Argentina’s football history, having netted 91 times for his country. His best World Cup performance from a goalscoring perspective, was when he scored four times across the 2014 World Cup in Brazil. Argentina lost to Brazil in the final that year, whilst Messi was named winner of the Golden Ball award.

The PSG superstar heads to Qatar having scored 12 goals in 19 appearances for his club this season, whilst Argentina’s last major tournament appearance saw Messi win the Golden Boot award, scoring seven goals as his country lifted the 2021 Copa America. Messi and Argentina face Saudi Arabia on Matchday 1 in Group C and will be expected to create plenty of goalscoring opportunities. With that in mind, the captaincy credentials of Messi from a fantasy perspective are obvious.

If Belgium are to finally crown the era of their golden generation with a major trophy at the 2022 World Cup, they will need talismanic midfielder Kevin De Bruyne ($11.0m) to be at his very best. The attacking potential of De Bruyne is vast such is his importance to the Red Devils from an offensive perspective. Set pieces are also likely to fall under his domain for a country who racked up 25 goals across their qualification campaign for this tournament.

Canada provide Belgium’s Matchday 1 opposition in Group F, a contest which Belgium need to win and win well when considering the difficulty of their group, which also includes Morocco and 2018 World Cup runners-up Croatia. De Bruyne being a midfielder means any goal for him is worth an extra point compared to that of a forward, which enhances his appeal as a potential captain.

Subject to a big money club move to Liverpool from Benfica this past summer, Uruguay forward Darwin Nunez($8.0m) is ready to announce himself on the international stage at the 2022 World Cup. The 23-year-old averages a goal every two games for Liverpool so far in 2022-23, but his final season at Benfica was prolific, as he scored 34 goals in 41 appearances for the Portuguese giants.

Darwin Nunez and Luis Suarez are expected to start up front together for Uruguay at the World Cup. That, right there, is complete and utter chaos.

Uruguay’s Matchday 1 fixtures sees them go up against South Korea and with both Portugal and Ghana also in Group H, starting off on a winning note will be vital for the two-time World Cup winners. So often, the World Cup provides a perfect stage for a new star to break out, as we saw with Kylian Mbappe back in 2018. Nunez could well be that player this time round and from a World Cup Fantasy point of view, he offers a shrewd differential captaincy option.