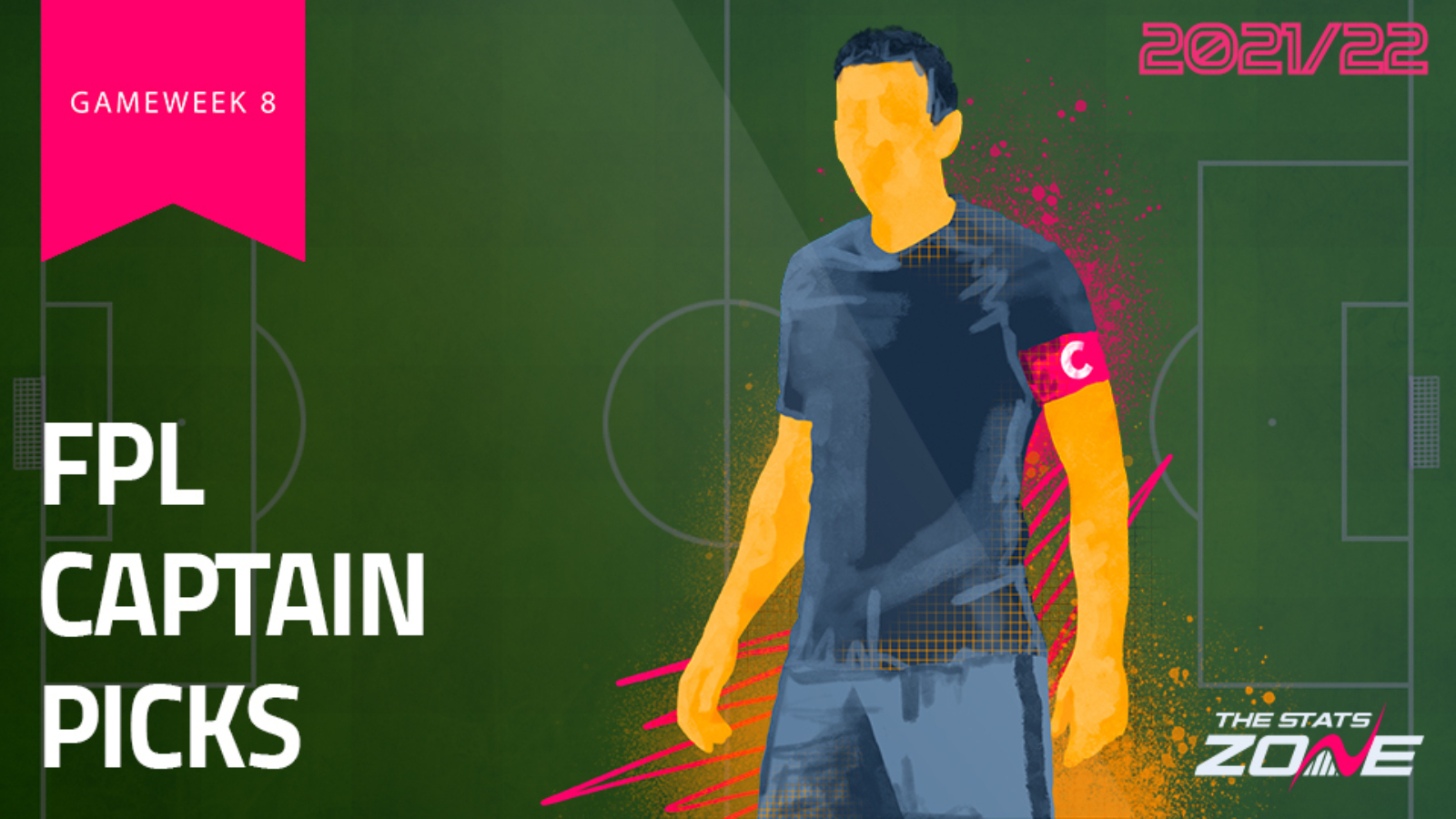 It’s that time again where FPL managers are nervously willing their players to remain injury free over the international break as they plan ahead for the resumption of the Premier League and the beginning of Gameweek 8. It’s been a long two weeks for most after what turned out to be a very disappointing Gameweek 7 when it came to selecting a captain. However, this wasn’t necessarily the case for TSZ readers, as those who opted for one of our captain picks were more than likely celebrating come the conclusion of the gameweek. Only Chelsea’s Romelu Lukaku (£11.7m) let us down, failing to accrue an attacking return in Chelsea’s 3-1 win over Southampton, although the Belgium came desperately close in the final minutes, hitting post from close range.

For those who plumped for Jamie Vardy (£10.5m) it was a different story. The Leicester forward continues to fly very much on the radar compared to the more premium options like Lukaku and Cristiano Ronaldo, but Vardy recorded a fourth goal in his last three Premier League games as his side drew 2-2 with Crystal Palace. With 27 points across three gameweeks, the “Vardy Party” shows no signs of stopping. Heung-Min Son (£10.0m) also shined with two assists and 10 FPL points as Spurs ended a run of three straight Premier League defeats with a hard-fought 2-1 triumph against Aston Villa, whilst our differential pick Raul Jimenez (£7.5m) also registered 10 points and two assists as Wolves defeated Newcastle.

Attention now turns to Gameweek 8 as we shine a spotlight on three of the most enticing captaincy candidates, alongside a differential pick currently flying under the radar ahead of Saturday’s 11:00am deadline.

“Always captain Salah”! We suspect that thought was running through many an FPL manager’s head come Sunday afternoon as Liverpool’s Egyptian magician weaved his way through Man City’s bamboozled backline to score a spectacular individual goal in a thrilling second half at Anfield. This was after Mo Salah (£12.7m), had already set up Liverpool’s opener against Pep Guardiola’s side in a match that eventually finished 2-2. His goal and assist led to him receiving 13 FPL points, taking his overall tally to 17 for the season so far, the most among any other player.

GOLDEN RULES OF FPL: 1. Mo Salah MUST be the first name in your team 2. Always captain Mo Salah 3. Never forget rule no 1 and 2. #FPL #FPLCommunity https://t.co/7CxUay6ywk

Liverpool travel to Watford on Gameweek 8 and Salah will be aiming to find the net for what would be the seventh gameweek of a possible eight since the start of the season. He already boasts an incredible 26 FPL points than any other midfielder and whilst it’s still early days, it wouldn’t be exaggerating to suggest that Salah could be on track for his best ever season from an FPL perspective, eclipsing the 303 points he scored in 2017-18. Watford in contrast are yet to keep a clean sheet this season and whilst the Hornets may show an improvement on the field defensively under new head coach Claudio Ranieri, it shouldn’t be enough to stop Salah from picking up further attacking returns at Vicarage Road. No one appeals more than him as a potential Gameweek 8 captain.

History suggests that when Jamie Vardy (£10.5m) is on a roll, FPL managers need to jump on board with immediate effect and right now, the veteran Premier League striker is smelling blood in front of goal everytime he steps out onto the pitch. Vardy has quietly crept up to within one FPL point of Michail Antonio’s score of 49, currently the highest among all forwards and Vardy has scored more goals than the West Ham star in the Premier League so far this season. It would be no surprise if Vardy was to overtake Antonio in Gameweek 8.

Man Utd are the visitors to the King Power Stadium and the Red Devils are under pressure after picking up just one point from their last two league matches. Most notably from an FPL perspective, Ole Gunnar Solskjaer’s side have now gone seven games in all competitions without a clean sheet and Vardy is just the sort of forward who is likely to capitalise on such defensive frailties. With penalties also falling under Vardy’s control, it would be a surprise if the 34-year-old wasn’t to continue his goalscoring streak here, making him an ideal skipper for FPL managers in Gameweek 8.

Any Liverpool player suggested as a viable captaincy option other than Mo Salah is likely to raise a few eyebrows. However, we can assure our readers that midfielder Sadio Mane (£11.9m) is a perfectly viable candidate in his own right. The Senegalese international has found the net in three of the last four gameweeks, accumulating 25 FPL points within that period with a goal in Liverpool’s Champions League group stage victory away at Porto sandwiched included within that four-week period.

Like Salah, Mane is expected to be afforded opportunities to register attacking returns away to a defensive fragile Watford side and he is more than capable of exceeding Salah’s FPL score in this match. One thing that has been very obvious when watching Mane play is his desperation to score. He does come across as a selfish player at times, which of course is a huge asset in the world of FPL. Those fantasy football managers who do place the armband on Mane could well find themselves healthily rewarded.

You’d have thought that we’d have learnt our lesson when it came to selecting Man City players in these captain picks article, but alas we’ve been sucked in once again. This time by Riyad Mahrez (£8.7m) and specifically his excellent record against Gameweek 8 opponents Burnley. Everytime the Clarets travel to the Etihad Stadium in recent seasons they have been on the end of a hammering. In fact, the last three Premier League games between Man City and Burnley at the home of the reigning Premier League champions have ended in 5-0 victories for Pep Guardiola’s side.

In the last 8 encounters between Man City and Burnley the aggregate score is 30-1. The last 4 City home games finished 5-0. In his last two full PL seasons, 30% of all Mahrez’s goals have come vs Burnley.

Algerian midfielder Mahrez has been central to all three of those Burnley thrashings, scoring six goals including a hat-trick in last season’s beating of Sean Dyche’s men. Whilst Mahrez has seen precious little in the way of minutes so far this season, he has still managed to gain an attacking return of two of Man City’s three Premier League fixures played at home, despite starting neither of the three. However, with a crucial Champions League tie away at Club Brugge immediately following Gameweek 8, it is a distinct possibility that Guardiola hands Mahrez a long-awaited home league start against one of his most favoured opponents. A high-risk high-reward captain pick, Mahrez could prove the ultimate Gameweek 8 differential.