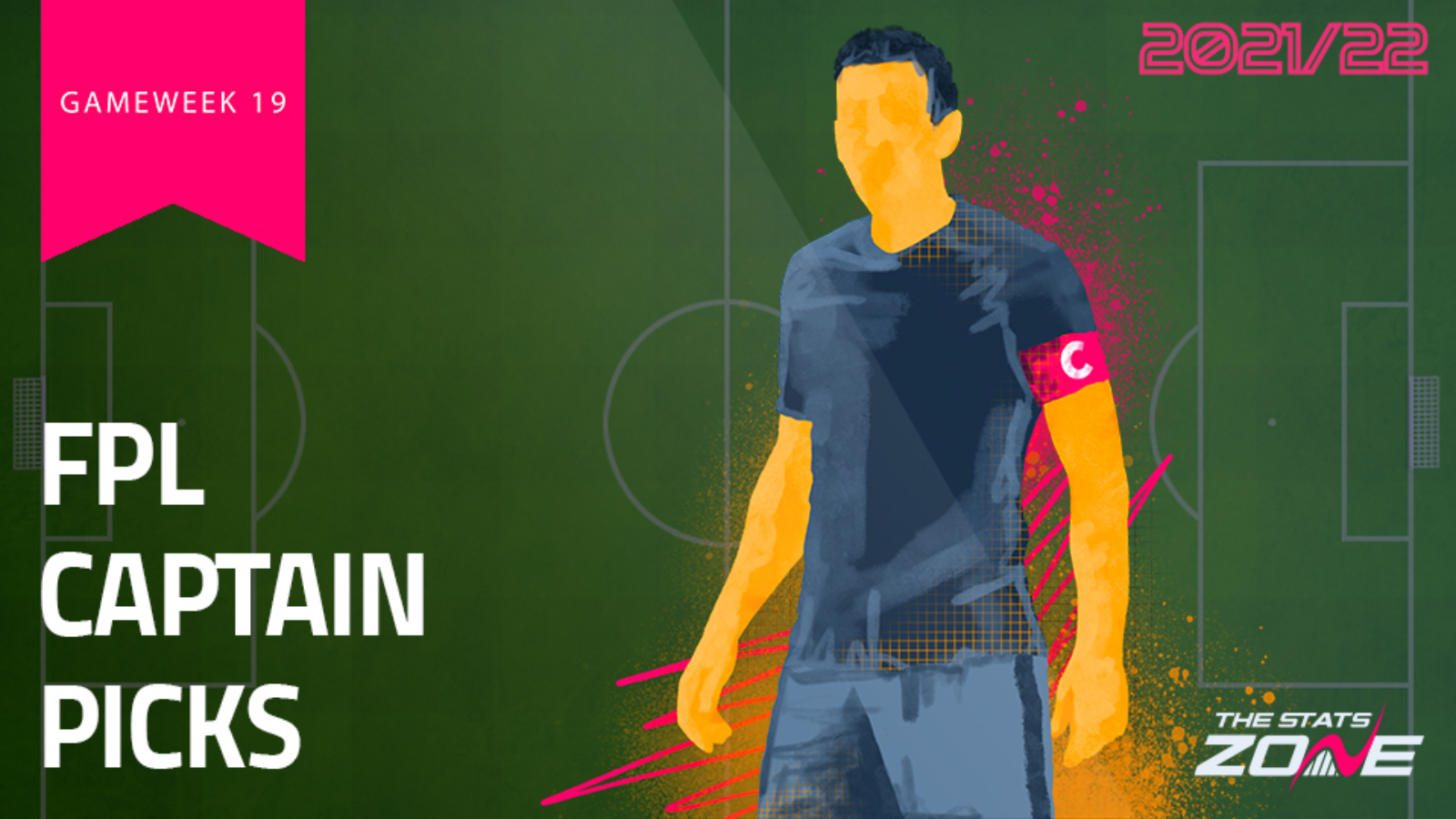 Despite a swathe of Covid-19 enforced postponements across the Premier League in Gameweek 18, plenty of viable captaincy options were still in action, although for many there was disappointment on the horizon. For the first time since Gameweek 2, Mo Salah (£13.1m) failed to pick up an attacking return for Liverpool in their 2-2 draw with Spurs, gaining just two FPL points. Fellow midfielder Diogo Jota (£8.1m) however, did find the net for what was his tenth goal in the 2021-22 Premier League, enough to see him record seven FPL points.

Mo Salah with his first blank since GW2. An incredible run comes to an end. #FPL https://t.co/B5ISK8EaPg

Whilst Mason Mount (£7.7m) also couldn’t make an impact offensively in Chelsea’s 0-0 draw away at Wolves, Liverpool full-back Trent Alexander-Arnold (£8.3m) did manage his eighth Premier League assist of the season, earning him eight points. Meanwhile, our differential skipper for Gameweek 18 Raheem Sterling (£10.6m) delivered us a goal and a more than respectable eight FPL points.

Taking into account the clubs which are currently suffering from Covid-19 outbreaks and the potential postponements of upcoming fixtures, we’ve come up with three premium captain picks who are as of now expected to feature in Gameweek 19, alongside a differential option for those FPL managers looking to make up ground in their respective mini-leagues over the festive period.

After suspension kept him out of Man City’s 7-0 thrashing of Leeds in Gameweek 17, Joao Cancelo (£6.8m) returned to Pep Guardiola’s starting line-up in Gameweek 18 and boy did he make an impact! Cancelo racked up a goal, an assist, a clean sheet and a whopping 18 FPL points as Man City brushed aside Newcastle by four goals to nil, which took his overall tally to 109 points for the season, the third highest score of any player so far.

The full-back is a regular starter in Man City’s rotation-plagued team and offers multiple avenues towards being awarded FPL points whether it be via a clean sheet bonus, attacking returns, or bonus points. With Man City having won each of their last eight Premier League games without conceding in their most recent three, those who choose to place the armband upon Cancelo in Gameweek 19 have every right to feel confident, with Guardiola’s men at home to a Leicester side who have kept just two clean sheets all season.

The last time Man Utd were in Premier League action was back in Gameweek 16 when the Red Devils defeated lowly Norwich by a goal to nil. Cristiano Ronaldo (£12.5m) scored the winning goal for Ralph Rangnick's side and with Liverpool's match against Leeds having been postponed, Ronaldo's captaincy credentials have significantly grown in stature with those planning to make Salah or Alexander-Arnold their skipper forced to look elsewhere.

Man Utd travel to Newcastle in Gameweek 19 and the mercurial Portuguese forward netted twice against the same opponents in the reverse fixture at Old Trafford, his first match back in a red shirt. Ronaldo's record against the Magpies has seen him play them nine times across his career, scoring seven with three assists and he comes into the match having scored three times across his last three Premier League appearances. Having picked up 24 FPL points over the course of those fixtures, Ronaldo will no doubt prove a very popular captain among FPL managers.

After having not played since Gameweek 15 due to a Covid-19 outbreak within their camp, Spurs returned to Premier League action in Gameweek 18 with a thrilling 2-2 draw against Liverpool. After having just come into form before testing positive for Covid-19, Heung-Min Son (£10.3m) picked up where he left off, scoring in his third successive Premier League start and acquiring seven FPL points in the process.

With great fixtures, two potential double gameweeks, and being a nailed on striker playing out of position over a busy period, Sterling ➡️ Son looks like a nice transfer move 🤔

Son’s last three league appearances have seen him rack up 28 fantasy points in total and he’ll be confident of maintaining this recent goalscoring form at home to Crystal Palace in Gameweek 19. The Eagles have failed to keep a clean sheet in their last six Premier League games and such a leaky defence should be to the benefit of Son, his FPL ownership and those who choose to captain the attacking midfielder.

Available at a bargain price and listed as a midfielder, Arsenal’s Gabriel Martinelli (£5.3m) appeals hugely as a differential when taking into account his performances for the Gunners across the last two gameweeks. The 20-year-old backed up his goal and seven FPL points against West Ham in Gameweek 17 with a brace and 15 points in Arsenal’s 1-4 thumping of Leeds in Gameweek 18. Like Son, Martinelli now has 28 FPL points to his name across his last three appearances.

Next up for Martinelli and Arsenal in Gameweek 19 is another away trip, this time to rock bottom Norwich. Mikel Arteta’s young side are brimming with confidence at present and the Brazilian represents a huge attacking threat for them. Having started in each of Arsenal’s last five Premier League games, gaining at least one attacking return in four of them, Martinelli’s credentials as a differential captain pick are clear to see.