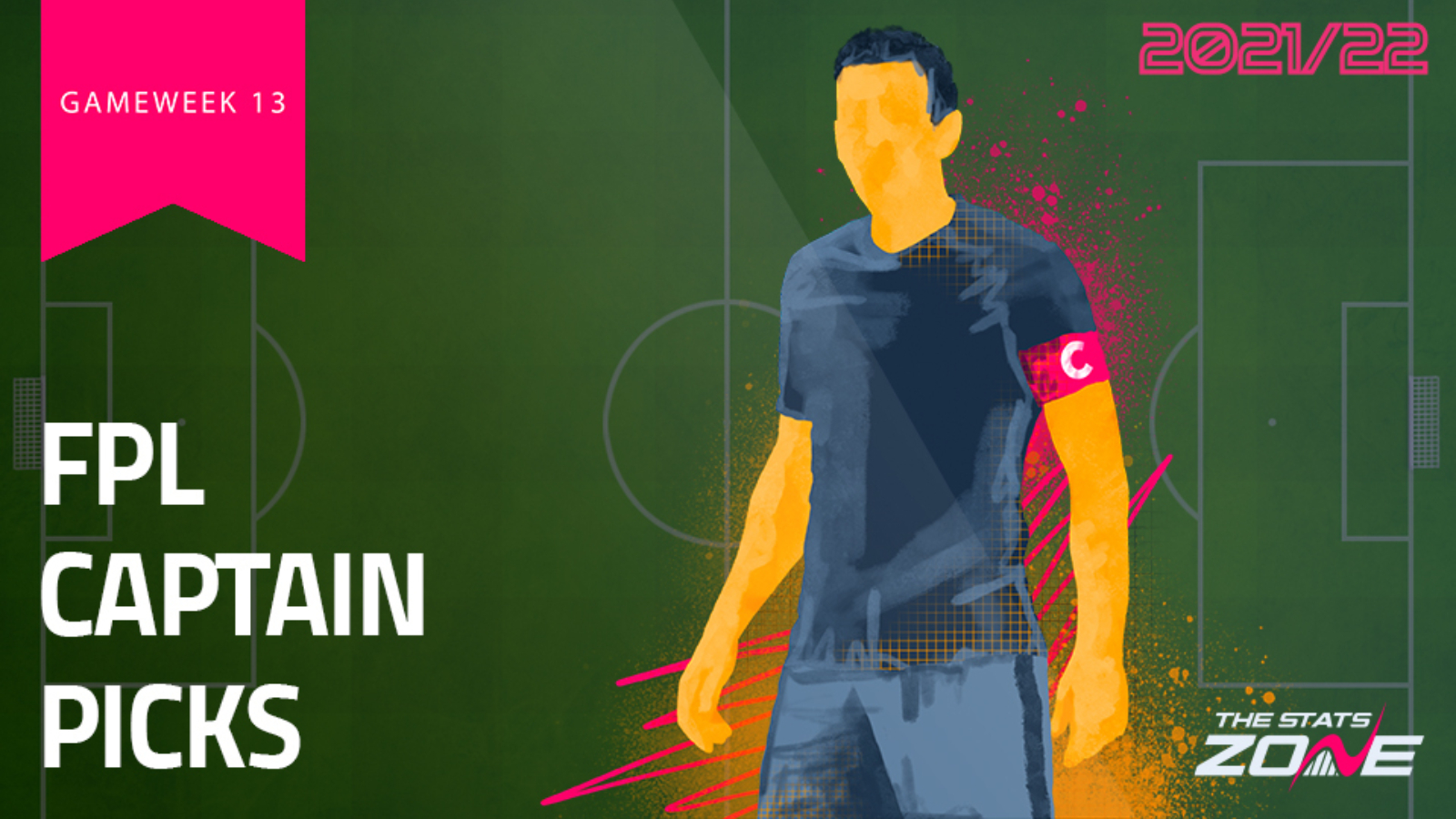 Gameweek 12 was largely a good one for our captain picks with all bar one delivering a decent return of points. Although many FPL managers will have likely be disappointed that Cristiano Ronaldo (£12.4m) could only manage an assist against a Watford side who have failed to keep a clean sheet all season. Man Utd ultimately slumped to a shock 4-1 defeat in that match, a result which saw Ole Gunnar Solskjaer lose his job.

Meanwhile, owners of Heung-Min Son (£10.4m) endured a frustrating watch as the Spurs midfielder blanked at home to Leeds Utd, looking worryingly unthreatening in front of goal. The closest Son came to an attacking return was when his cross-shot was diverted onto the crossbar via a wicked deflection from Leeds defender Liam Cooper. It was better news however, for those who captained Mo Salah (£13.0m) as the Egyptian was back on the scoresheet in Liverpool’s 4-0 beating of Arsenal, Salah ultimately accruing 8 FPL points. Those brave fantasy managers who put the armband on our differential selection of Maxwel Cornet (£6.1m) were rewarded with 7 FPL points after he netted his fifth goal in this season’s Premier League as Burnley played out a thrilling 3-3 draw with Crystal Palace.

5 - Maxwel Cornet is the first Burnley player to score as many as five goals in his first six starts for the club in the Premier League. Exciting. #BURCRY

We now move swiftly on to Gameweek 13 and run the rule once again over the most enticing captain picks, alongside a differential choice who could give you the edge over your mini-league rivals ahead of Saturday’s 11:00 deadline.

It would be a huge surprise if Mo Salah is not comfortably the most captained FPL asset in Gameweek 13 and for good reason. Southampton are the visitors to Anfield and Salah usually finds himself among the goals when they come to town. In Liverpool’s last four Premier League fixtures at home to the Saints, Salah has racked up five goals, scoring a brace in two of those matches. Whilst the Egyptian had recently found himself frustrated in front of goal, his tap-in against Arsenal will have no doubt restored Salah’s confidence.

When you captain anyone except Salah #FPL https://t.co/8Uu7NT0q88

Since his blank at home to Burnley in Gameweek 2, Salah has recorded at least one attacking return in every single gameweek up to now. Currently on 125 FPL points, a full 46 points more than the second highest scoring player in all positions, it’s easy to see why Salah is owned by over 70% of FPL managers. With 11 goals and eight assists to his name already, he doesn’t look like stopping anytime soon and not captaining Salah in Gameweek 13 would be a monumental gamble.

Whilst Salah has understandably gained all the headlines recently from a Liverpool perspective, it would be wise not to sleep on Sadio Mane (£12.0m). Salah’s teammate in midfield is in a rich vein of goalscoring form himself so far this season, which has flown very much under the radar due to the quite incredible numbers that Salah has been putting up. Mane was at his best in Gameweek 12 against Arsenal, accruing a goal, an assist and 12 FPL points, his highest individual score of the season so far.

Mane is 5th highest scorer in the game, 2nd for mids and higher than any striker. Yet nobody owns him 😅

The last time Southampton travelled to Liverpool in May earlier this year, Mane was on the scoresheet and the Senegalese star will no doubt be confident of adding to his seven goals already scored in the Premier League this campaign. The Reds have played six home games so far this season in the Premier League, with Mane having gained at least one attacking return in each of them, racking up 47 FPL points in the process. Those numbers certainly warrant Mane to be in the conversation when it comes to selecting a Gameweek 13 skipper.

Man City defender Joao Cancelo (£6.6m) has shown himself to be a hugely profitable FPL asset not just due to his penchant for clean sheets, but also because of his consistent attacking threat in Pep Guardiola’s side. Fielded as a full-back, Cancelo is often given license to roam forward at will, taking positions on the left wing and even central attacking midfield at times, which has led to him profiting from an FPL point of view. The Portuguese international has acquire 26 Fantasy points across Man City’s last two league games thanks largely to three assists, two clean sheets and six bonus points.

Joao Cancelo has had 1,271 touches in the Prem so far this season. 25% more than the next best player (all positions)! Astonishing.

West Ham at home represent Man City and Cancelo’s latest opposition with the Hammers on the back of a 1-0 defeat away at Wolves. Whilst placing the armband on a defender does contain a large element of risk, Cancelo boasts multiple avenues in which he can accrue FPL points, which significantly increases his appeal. With five assists and eight clean sheets to his name so far in the Premier League alone, not to mention the joint-highest FPL score of all defenders after 12 gameweeks, Man City’s flying full-back is a worthy captain.

Whisper it quietly if you must, but Crystal Palace’s Christian Benteke (£6.3m) finds himself in excellent scoring form heading into Gameweek 13. The Belgian international has certainly not been seen as a prolific goalscorer in recent seasons, a far cry from his Aston Villa days years ago. However, new Palace boss Patrick Viera is successfully getting the best out of the 30-year-old forward, who netted a Gameweek 12 brace as the Eagles drew 3-3 away at Burnley.

With four goals and 28 FPL points in his last four Premier League starts, those managers looking for an out of the box different could do a lot worse than consider Benteke against his old club at Selhurst Park in Gameweek 13. No doubt he will be desperate to get one over on Aston Villa, who have conceded an average of two goals per game away from home in the Premier League so far this season and at a cheap price, is well worth considering.