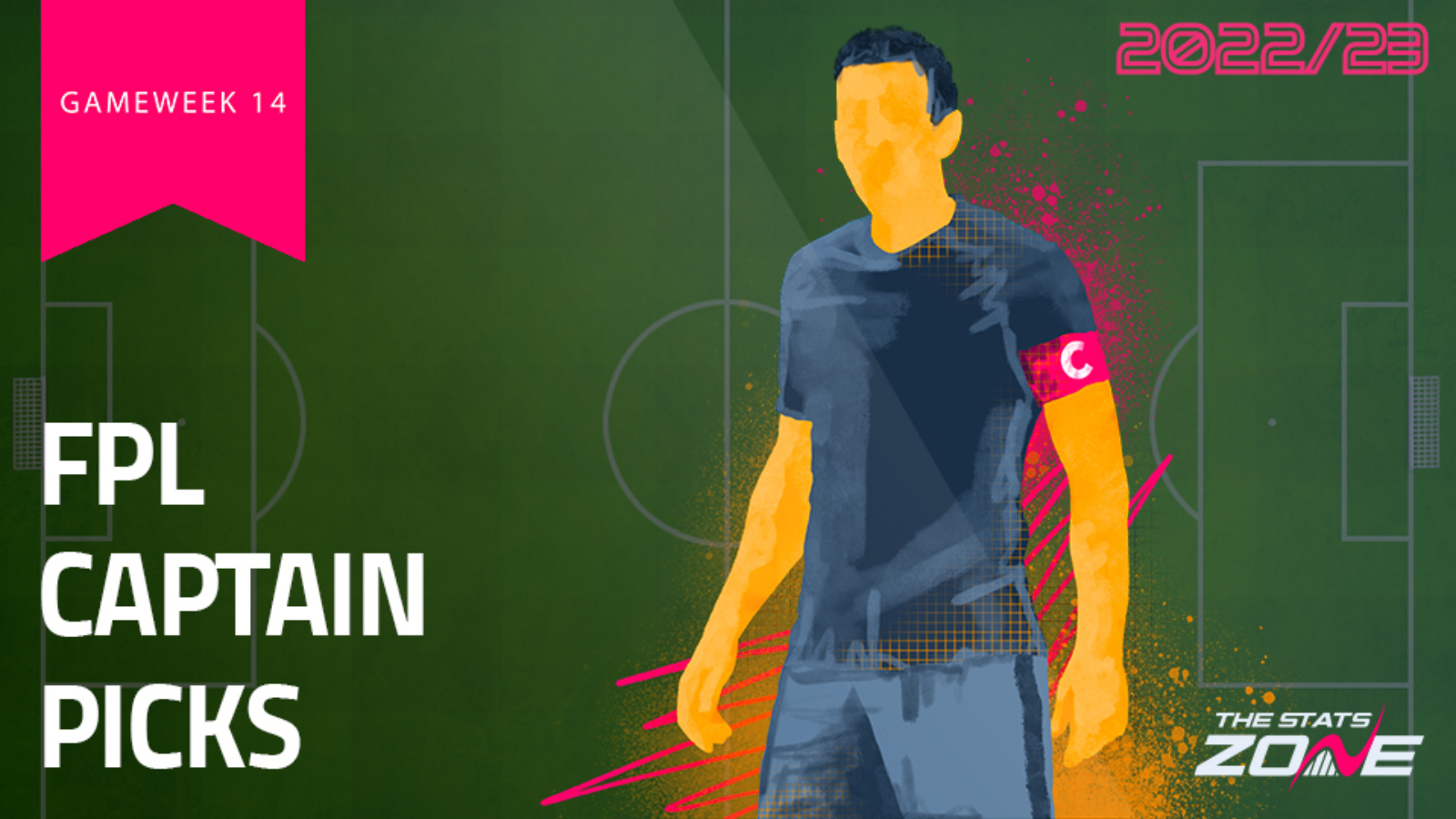 It was a case of normal service having been resumed in Gameweek 13. Following his return to Premier League action, Erling Haaland (£12.2m) made up for lost time with a brace against Southampton at the Etihad Stadium, accruing 13 FPL points in the process. However, for those who chose to captain either Bukayo Saka (£7.9m) or Phil Foden (£8.4m), it was extreme disappointment. Neither managed to gain an attacking return with the former booked and the later starting from the bench, meaning that each only picked up a single fantasy point.

Foden this, Saka that https://t.co/W5nHoPLMWw

We’re not far away from the upcoming World Cup break, so every point is important from a fantasy point of view. With Gameweek 14 on the horizon, we’ve cast an eye on three of the most enticing premium captain picks alongside a differential option ahead of Saturday’s 11:00 deadline.

It took 22 minutes for Erling Haaland to get himself on the scoresheet for Man City in Gameweek 13 and he followed that up with a penalty just before half-time, before being withdrawn by Pep Guardiola in the second-half having racked up 13 FPL points in a 3-1 victory for the reigning Premier League champions. Those goals took Haaland’s overall Premier League goal-tally to 17 already this season.

No FPL asset in any position comes close to the Norwegian’s overall score of 117 fantasy points right now and whilst Man City’s Gameweek 14 opponents Leicester have shown a significant upturn in form recently having kept three consecutive clean sheets, they haven’t faced a team of Man City’s offensive quality across that period. Haaland failing to pick up yet another significant haul of FPL points would be a surprise and naming him skipper represents the safe option.

As has been the case throughout the season so far, the Gameweek 13 exploits of Harry Kane (£11.5m) were overshadowed by Haaland. However, no one can deny the consistency of Spurs’ star man, who found the net for a tenth time in the Premier League this season, albeit in a 1-2 home defeat at the hands of Newcastle. Kane acquired 8 FPL points, meaning his overall fantasy score now stands at 82 points.

Spurs travel to Bournemouth in Gameweek 14, a must win game for Antonio Conte’s side against the newly promoted Cherries who have lost two matches on the spin heading into the weekend. When considering that Kane has scored in six of his last seven Premier League appearances, the expectation is that he will find himself among the goals and FPL points once again here, making him a worthy candidate for the armband.

Whilst fellow midfielder and Man City teammate Phil Foden disappointed his FPL ownership in Gameweek 13, it was a significantly different story for Kevin De Bruyne (£12.3m). The Belgian sensation bagged City’s third goal against Brighton with a wonderful curling effort from outside the box. The goal was enough to help De Bruyne garner 9 FPL points, enough to see him once again stand as the top-scoring midfielder from a fantasy perspective.

As is always the case with De Bruyne and Man City assets in general, rotation could be an issue for those looking at potentially captaining the 31-year-old ahead of Gameweek 14. Pep Guardiola’s men are away at Borussia Dortmund in midweek for their fifth match of the Champions League group stage, so De Bruyne’s minutes in that one will need to be monitored by FPL bosses ahead of the Gameweek 14 deadline.

Injury has stunted the progress of Dominic Calvert-Lewin (£7.9m) significantly over the past year or so, but the Everton striker is starting to show signs of his best once again. On the back of two consecutive starts for the Toffees, Calvert-Lewin netted his first Premier League goal of the season in Gameweek 13 as his side dispatched Crystal Palace by three goals to nil.

Calvert-Lewin after his goal today: "It’s every boy's dream to go to the World Cup. I’ve been counting down the days to get back on the pitch and all I can do is play the best I can for Everton and score goals and see where that takes me. First and foremost it’s what I do here"

Having accumulated 8 points from that one, Calvert-Lewin could well be making a return to form and he’ll be absolutely desperate to build some consistency in terms of attacking returns with a place in England’s World Cup squad potential up for grabs. Calvert-Lewin has been capped already and motivation will be high for him going in Gameweek 14 against a Fulham side who have just two clean sheets to their name so far this season in the top flight.