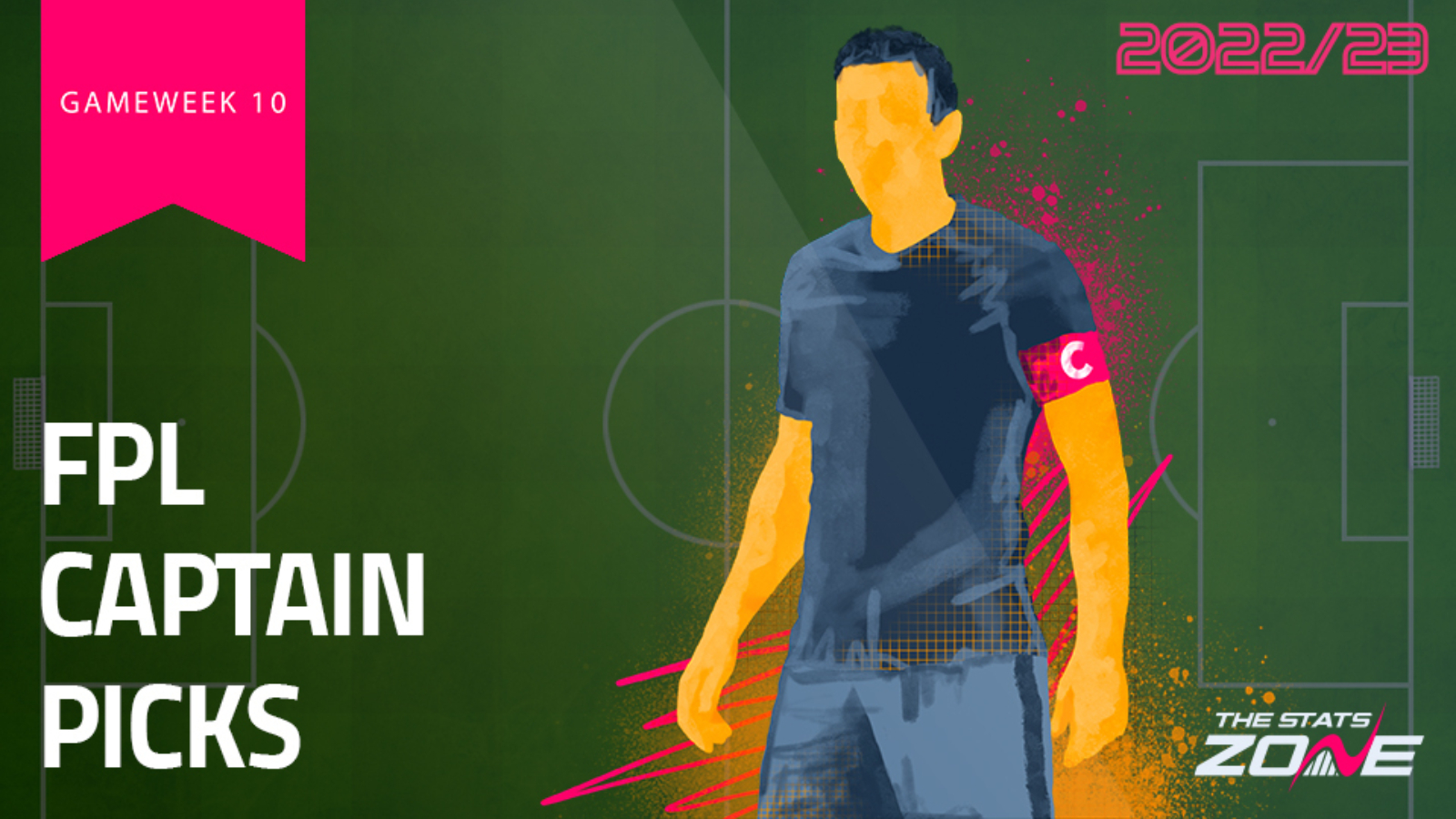 We’re at the point now where it’s safe to say that our captain picks articles are in danger of becoming obsolete due to the sheer dominance of one particular player. Over 5 million FPL managers placed the armband upon Erling Haaland(£12.1m) in Gameweek 9 and profited huge from that decision. A hat-trick and two assists led to a monster haul of 23 FPL points, leaving him out on his own as the best performing FPL asset of the season so far. A word also must be reserved for Leicester’s James Maddison (£8.1m), whose brace, assist and 18 FPL points more than justified our selection of him as our Gameweek 9 differential pick in last week’s article.

Maddo cap 18 pointer feels much better than Haaland haul. Going against the crowd and still coming out with a good score is always fun. Don’t forget that FPL is a game. Have fun!

Whilst one player goes without saying, we’ve picked out a couple of other premium potential captain choices for Gameweek 10, alongside another differential option ahead of Saturday’s 13:30 deadline.

At this point, the numbers speak for themselves regarding Erling Haaland. His last three Premier League fixtures at the Etihad Stadium have seen him score hat-tricks, racking up a scarcely believable 57 points. The Norwegian has now found the net 14 times across his eight Premier League appearances so far, failing to score just once, in Gameweek 2 against Bournemouth. Southampton are the latest opponents from the South Coast to try and stop the Haaland juggernaut in Gameweek 10.

With the way Southampton are playing at the moment. Haaland has a chance to break the premier league goal scoring record next week 😂

At this point, we’re obliged to warn readers of the potential risk that Haaland could be rotated, but Man City manager Pep Guardiola clearly favours bringing Haaland off the pitch during the second half with a match safely won, rather than starting from the bench and there is no reason for him to change this strategy provided the superstar striker doesn’t pick up an injury in City’s midweek Champions League fixture against Copenhagen.

The exploits of Spurs forward Harry Kane (£11.4m) have been subjected to the sidelines due to Haaland’s quite frankly ridiculous exploits. However, the England international is enjoying an excellent season in-front of goal in the Premier League. His goal against Arsenal in Gameweek 9 makes him officially the top goalscorer in the history of the North London derby, albeit he failed to prevent Spurs falling to defeat.

Kane has scored seven times so far in the league, including in each of his last three top flight fixtures. Since Gameweek 4, the 29-year-old has accumulated 40 FPL points and considering that Spurs travel to a Brighton side in Gameweek 10 who conceded three times against Liverpool last weekend, it would no surprise to see Kane continue his rich vein of goalscoring form.

Another hat-trick hero from Gameweek 9, Phil Foden (£8.1m) appears to have established himself as a regular starter within Pep Guardiola’s attacking midfield and has accrued four goals over the course of Man City’s last two league games away to Wolves and at home against Man Utd, picking up 27 FPL points in the process. With England places up for grabs ahead of the World Cup, it’s essential that he continues his current form.

Pranil Sheth (@lateriser12): "Despite their blank in Gameweek 12, Man City are simply the best attack. Foden (£8.1m) is my favourite from their midfield" https://t.co/l36L7fqQoH

Man City’s home match vs Southampton in Gameweek 10 will see the vast majority of FPL managers understandably captain Haaland, but that doesn’t mean that Foden should be ignored completely. He should be afforded more space offensively as the Saints focus their efforts on stopping the Norwegian and indeed, Haaland provided Foden with two assists in Gameweek 9. One to at least consider.

It’s fair to say that winger Jarrod Bowen (£8.1m) hasn’t yet hit the heights of last season, which saw him gain 17 goals and 12 assists for West Ham. However, Gameweek 9 could well prove a turning point for Bowen, who acquired a goal, an assist and 14 FPL points in his side’s 2-0 victory over Wolves. Before Gameweek 9, his highest score of the campaign had been 3 points, which puts into perspective his attacking struggles.

Fulham endured a weekend to forget across London, losing 1-4 at home to Newcastle and ahead of their short trip to West Ham, have now shipped at least two goals in each of their last three Premier League fixtures. Whilst monitoring Bowen’s fitness is important following a gruesome finger injury suffered against Wolves, another start for the former Hull City man could see him shine once again. A player worthy of the armband for those differential hunters.