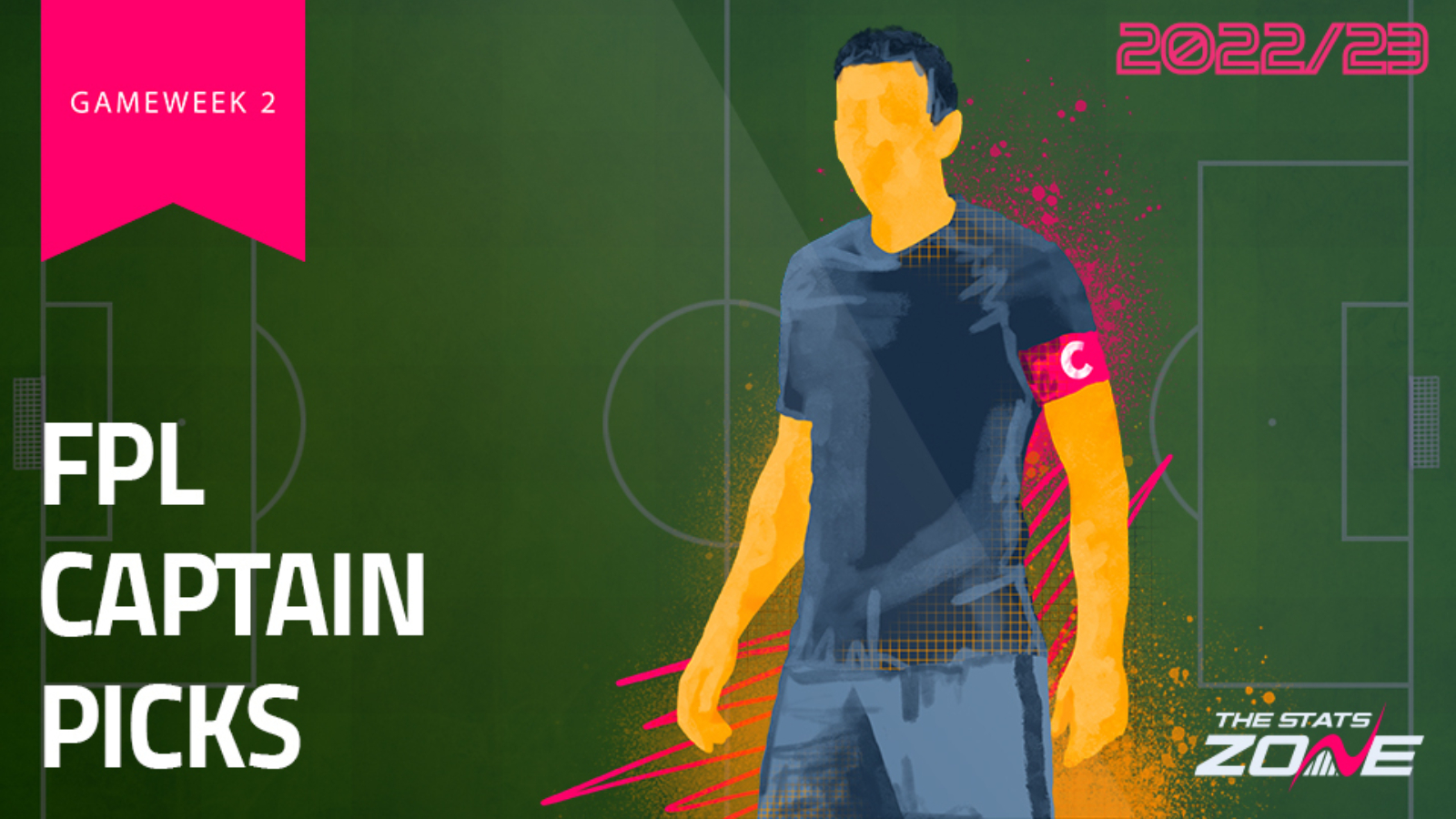 The first gameweek of a new season is in the books and it was a mixed outcome for our first captain picks of the 2022-23 campaign. Whilst Mo Salah (£13.0m) continued his fantastic Gameweek 1 record, Erling Haaland (£11.6m) announced his arrival to the Premier League in style. However, Heung-Min Son (£12.0m) failed to get on the scoresheet despite Spurs racking up four goals, whilst Jamie Vardy (£9.5m) like Son, only managed an assist.

Sooo, if you didn't already have @ErlingHaaland, wyd? #FPL #WHUMCI

As you would expect following just one week of competition, all it takes is one strong captain pick to shoot up the leaderboard and your respective mini-leagues. With that in mind, we’ve highlighted three premium options to consider for the armband alongside a separate differential pick for those FPL managers looking for someone currently under the radar ahead of Saturday’s 11:00 deadline.

He may not have matched the hat-trick he scored on debut for Borussia Dortmund, but his FPL ownership won’t be complaining as Erling Haaland bagged a brace in his first Premier League appearance for Man City. After winning and scoring a first-half penalty, Haaland went on to coolly slot home a second goal after being played through by Kevin De Bruyne, completing a 13-point haul for the 22-year-old.

🔵 Haaland is the first player since Agüero to score twice on his Premier League debut for Manchester City... #UCL https://t.co/fvdDjNIBmg

It goes without saying that the Norwegian forward will be desperate to mark his first appearance at the Etihad Stadium in Man City colours with another goal-laden performance and newly promoted Bournemouth on paper look the ideal opponents. The Cherries defended excellently in Gameweek 1, keeping a clean sheet in their 2-0 win over Aston Villa. However, keeping out a player such as Haaland based on his showing against West Ham is an entirely different proposition and it’s worth noting that Bournemouth have shipped 18 goals across their most recent five away league games against Man City.

Only two forwards racked up higher FPL scores than Darwin Nunez (£9.0m) in Gameweek 1 and that’s despite the Uruguayan starting from the bench. For the second Liverpool fixture in a row, their new record-signing came on as a substitute to accrue both a goal and an assist, firstly in the Community Shield and most recently against Fulham in Gameweek 1, which earned him nine FPL points.

Once Darwin Nunez gets his place in the starting line-up he'll instantly become a top captain pick too. He can get the same numbers as Haaland, he has the right players to help him too. It'll be more fun because we will not captain the same player(s) every GW. #FPLCommunity #FPL

The expectation is that Jurgen Klopp will afford Darwin his first start for the Reds at Anfield in Gameweek 2, with Crystal Palace the visitors. The Eagles were beaten 0-2 by Arsenal on the opening night of the season and it could easily have been more. It would be no surprise to see Liverpool rack up a few goals in their first home fixture of 2022-23 and you’d expect striker Darwin to be in amongst the attacking returns if so. This makes him ideal captaincy material.

Although he may not have scored in Gameweek 1, disappointing a record FPL ownership of over 76%, there was plenty to be encouraged about regarding Gabriel Jesus (£8.0m) and his performance in Arsenal’s 0-2 victory over Crystal Palace. The main man up top for the Gunners, Jesus looked a threat every time he touched the ball and his direct mazy runs inside the opposition penalty area were a particular excitement. Assuming Jesus maintains those performance levels, he will score plenty for Arsenal this season and what better way to get off the mark than at the Emirates Stadium in Gameweek 2!

🔖Gabriel Jesus’ Record vs Leicester🔖 Appearances:7 Goals:5 Do you see the Brazilian adding to his impressive record against the Foxes on Saturday? ⚽️ 290,000 Managers don’t think so❌ #FPL #FPLCommunity https://t.co/MEBUG3c2qh

Leicester conceded twice against Brentford last Sunday, throwing away a two-goal lead to ultimately draw and Arsenal at home will be confident of capitalising on a weak looking Foxes defence. When taking into account the abnormally high ownership of Jesus, placing the armband on the Brazilian is the best way to capitalise on any potential haul from him.

It goes without saying that this is a risky choice when factoring in Pep Guardiola’s penchant to rotate his attacking midfielders. However, it’s a differential option for a reason and high risk could lead to high reward in the case of Phil Foden (£8.0m). The England international started in Gameweek 1 and although he didn’t record an attacking return, there is plenty to be optimistic about going into Gameweek 2.

We’ve already mentioned Man City’s liking for goals against Bournemouth at the Etihad Stadium and should Foden start then the expectation is that he will play a big part in his side creating chances, whether it be setting them up or finishing them off. Of course, it will be a huge gamble not to captain a player such as Haaland, but it’s important to remember that Foden gets an extra point for both a goal and a clean sheet and such margins could prove profitable from an FPL perspective.