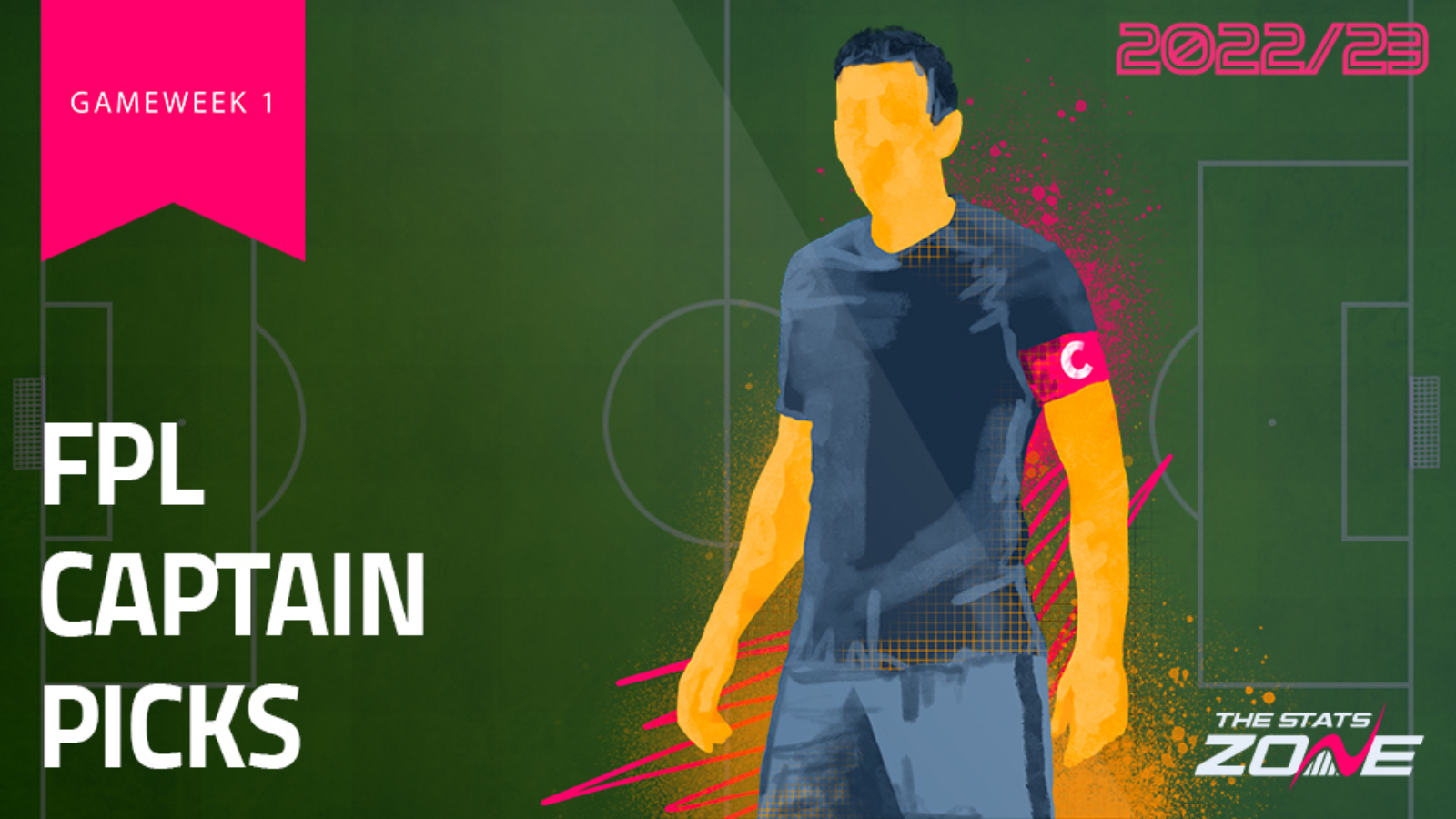 CLICK HERE TO JOIN THE TSZ MINI-LEAGUE AND COMPETE AGAINST THE STAFF. CODE IS d7uf6k

As we edge towards the beginning of a new Premier League season, some FPL managers are putting the finishing touches to their squads, whilst others are ripping them up and starting all over again. At TSZ towers, we’re here to assist our readers in selecting not only the best possible squad, but also the ideal captain. For those unfamiliar with the longtime rules of Fantasy Premier League, whichever player you choose to captain your team sees their individual points total doubled for that particular gameweek. With all FPL managers starting the season on an equal level, it goes without saying that choosing the right skipper for Gameweek 1 is absolutely vital.

As has been the case in seasons gone by, we’ve picked out three premium options to consider for the captaincy alongside a separate differential selection for those FPL managers looking to steal a march on the crowd ahead of Friday’s 18:30 deadline.

Whilst a may be a new season, some things don’t change. Liverpool’s Mo Salah (£13.0m) is widely expected to be the most captained player of Gameweek 1 and for good reason. Once again classed as a midfielder, despite him consistently playing as part of a front three, the 30-year-old boasts a Gameweek 1 record for the ages. Since joining the Premier League, Salah has become the only player to ever score in five consecutive opening round fixtures, finding the net seven times overall in Gameweek 1.

As was the case in 2021-22, Liverpool will begin their Premier League campaign away to the newly promoted Championship winners. Last season that team was Norwich and Salah duly cashed in, accruing a goal and two assists. It would be no surprise if he was to gain similar returns against Fulham. Anyone not choosing to captain the top-scoring FPL asset of last season is playing a very dangerous game.

Spurs midfielder Heung-Min Son (£12.0m) is coming off the back of his best ever season from an FPL perspective and big things are expected once again from him this time round. A total of 23 goals and ten assists represents an excellent return for the South Korean international, who has shone under the management of Antonio Conte. Following a gruelling pre-season, Son is well placed to hit the ground running.

Southampton at home on paper looks a tasty fixture for FPL managers whose squad contain Spurs assets, especially when considering that the Saints have lost all three of their opening Premier League fixtures under Ralph Hasenhuttl, shipping seven goals in the process. This bodes well for those eying up Son as the ideal skipper to ensure a green arrow in Gameweek 1.

The most exciting and anticipated debuts in Premier League history will come at the London Stadium in Gameweek 1 as goal-machine Erling Haaland (£11.5m) makes his first appearance in the English top flight. The Man City forward signed from Borussia Dortmund begins life in the Premier League with an away trip to West Ham and he’ll surely have one thing on his mind, scoring at least one debut goal for his new club. After signing from RB Salzburg in January 2020, Haaland terrorised Bundesliga defences for two and a half years, scoring 62 goals in 67 league games.

4 - Manchester City's new signing Erling Haaland could make his Premier League debut in their opening game vs West Ham; he scored a brace in each of his two MD1 matches for Borussia Dortmund in 2020-21 (vs Borussia Mönchengladbach) and 2021-22 (vs Eintracht Frankfurt). Warning.

Haaland’s last league debut was one to remember as he came off the bench for Dortmund to score an incredible 23-minute hat-trick against Augsburg. Imagine if he repeated the trick here? Well, many FPL managers seem convinced that the Norwegian superstar will make an immediate impact for Man City with his ownership not far off 50% (at the time of writing). With so many players having Haaland among their respective squads, entrusting him with the armband may prove to be a shrewd move.

As always seems to be the case whenever a new season arrives and the FPL community have plenty of shiny new assets to salivate over, players such as Jamie Vardy (£9.5m) go criminally under the radar. When factoring in the numbers, the long-serving Leicester striker and genuine Premier League legend should be one of the most highly courted players out there from an FPL perspective. However, with an ownership of just under 5% (again at the time of writing), this opens up a window of opportunity.

When it comes to finding the net in Gameweek 1, the only player to match Mo Salah for goals is none other than Vardy himself, with both having scored seven times. Last season, the former England international bagged the only goal in Leicester’s 1-0 home win over Wolves. Brentford are the visitors to the King Power Stadium on the opening weekend this time round, and captaining Vardy is probably the closest option to a ‘safe differential captain’ that one could find.