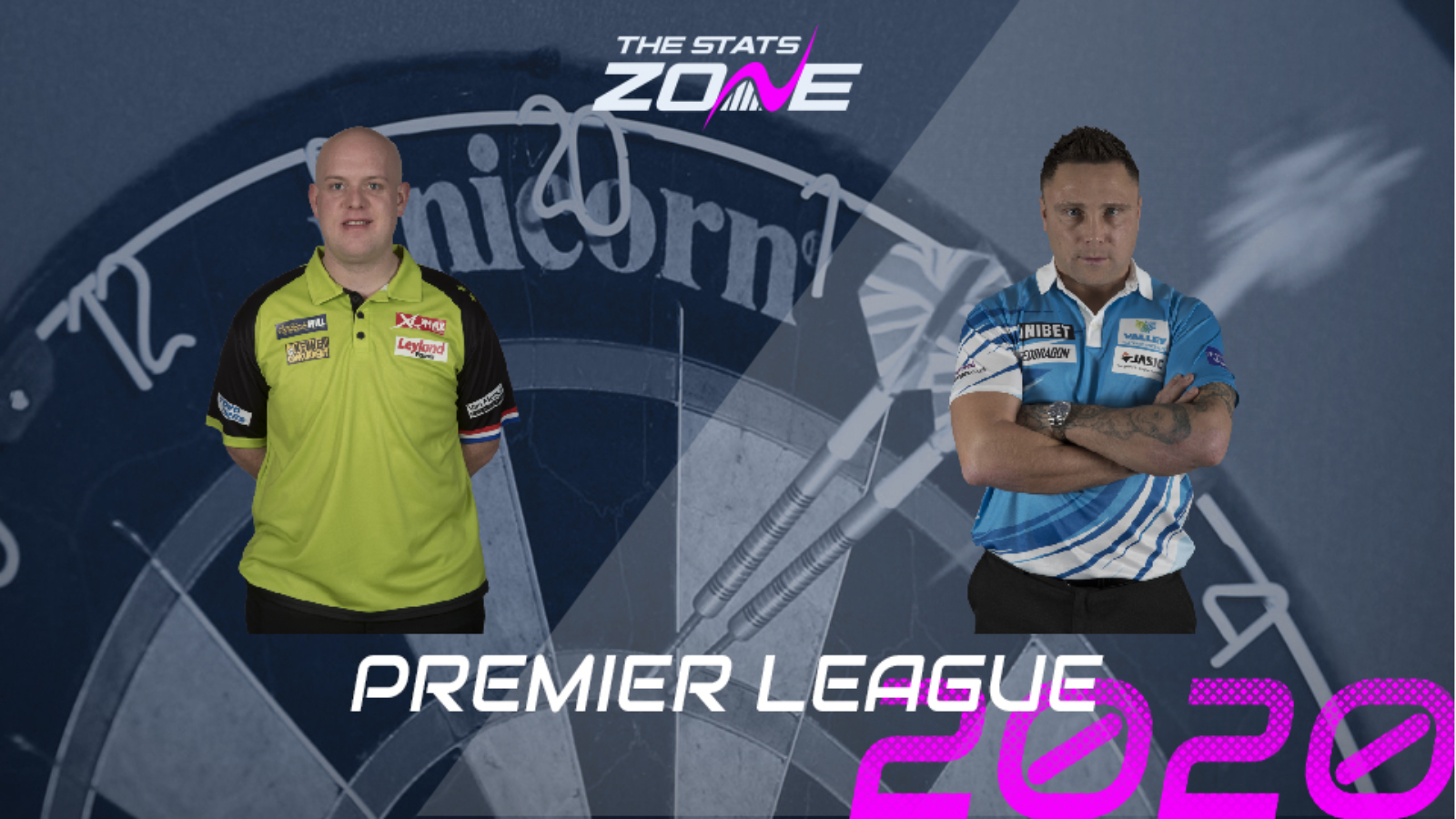 Where can I get tickets for Michael van Gerwen vs Gerwyn Price? This event will be played behind closed doors

What channel is Michael van Gerwen vs Gerwyn Price on? Sky Sports Action

Where can I stream Michael van Gerwen vs Gerwyn Price? Sky Sports subscribers can stream the match via Sky Go

What was the score in the last meeting? Michael van Gerwen beat Gerwyn Price 7-5

THE PREDICTION
Van Gerwen upped his game when he needed it most last night as he won seven of the last nine legs to beat Nathan Aspinall 8-6 and that prevented him from losing three Premier League games in a row for the first time in his career. By his own admission though, he is not playing at the top of his game so it is difficult to have complete confidence in the world number one right now. However, playing Gerwyn Price suits him as he is able to get into a comfortable rhythm and that is reflected in their H2H stats as Price has won just twice in 24 meetings so Van Gerwen has something of a psychological advantage before a dart has even been thrown. It should be a close contest though with some missed doubles as neither player is at their best right now so the prediction is for this to end in a 7-7 draw.