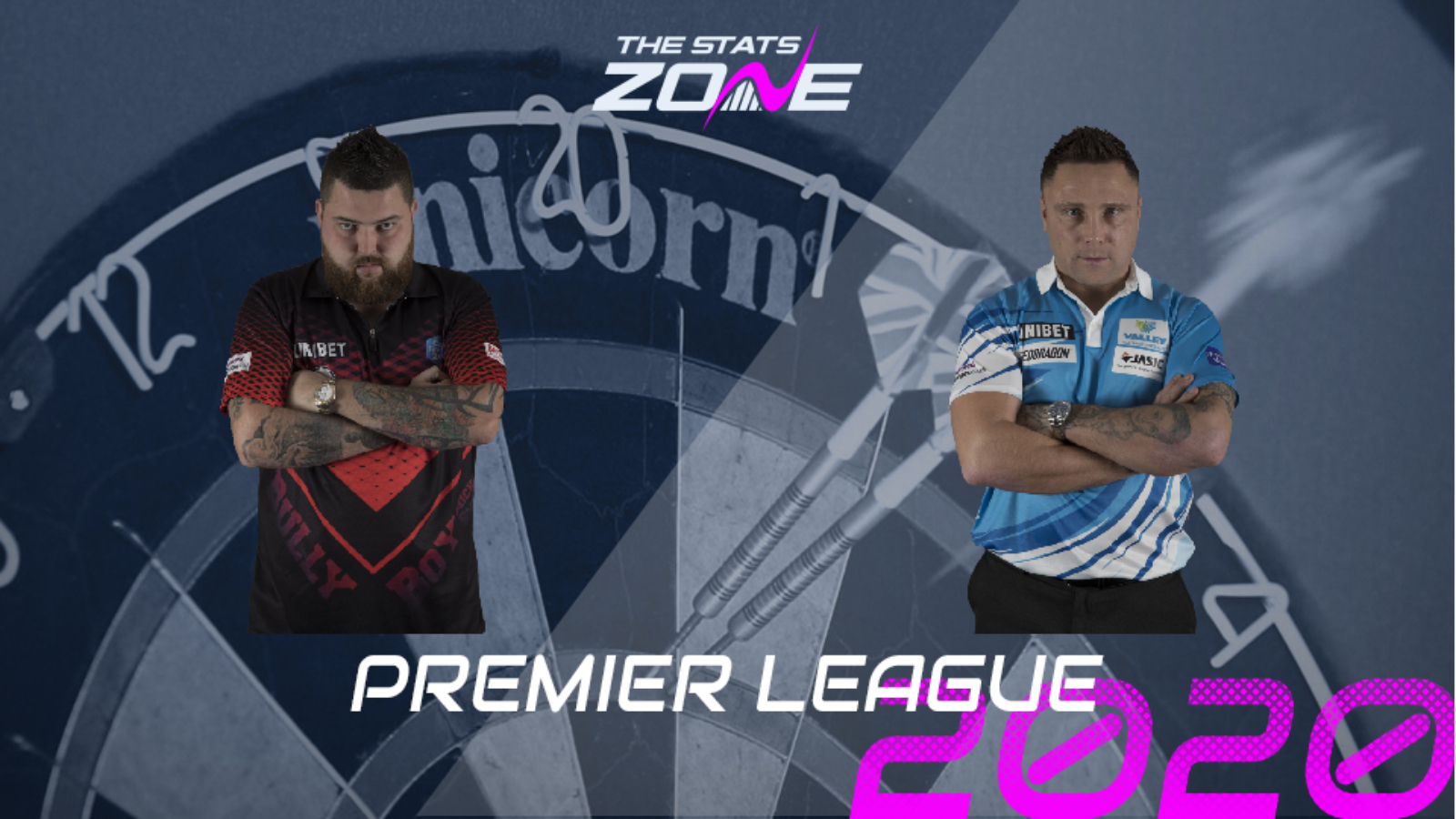 Where can I get tickets for Michael Smith vs Gerwyn Price? This event will be played behind closed doors

What channel is Michael Smith vs Gerwyn Price on? Sky Sports Action

Where can I stream Michael Smith vs Gerwyn Price? Sky Sports subscribers can stream the match via Sky Go

What was the score in the last meeting? Gerwyn Price beat Michael Smith 8-3

THE PREDICTION
It looks to be last chance saloon for both of these players, who currently occupy 6th and 7th position in the league table, but Gerwyn Price at least has a more realistic chance of making the play-offs as he could find himself in the top four if he wins this match and other results go his way earlier in the evening. The story of Michael Smith’s Premier League campaign has been that of wasted opportunities as he has imploded at the end of matches on several occasions and he will feel that he only has himself to blame for the position he is in. He is currently playing like a man who has had the stuffing knocked out of him as he averaged under 90 in his 8-2 defeat to Gary Anderson last night, so Price is capable of taking advantage of another below-par display and he should secure a win that would give him real hope of a top four place going into the final day of the league phase.