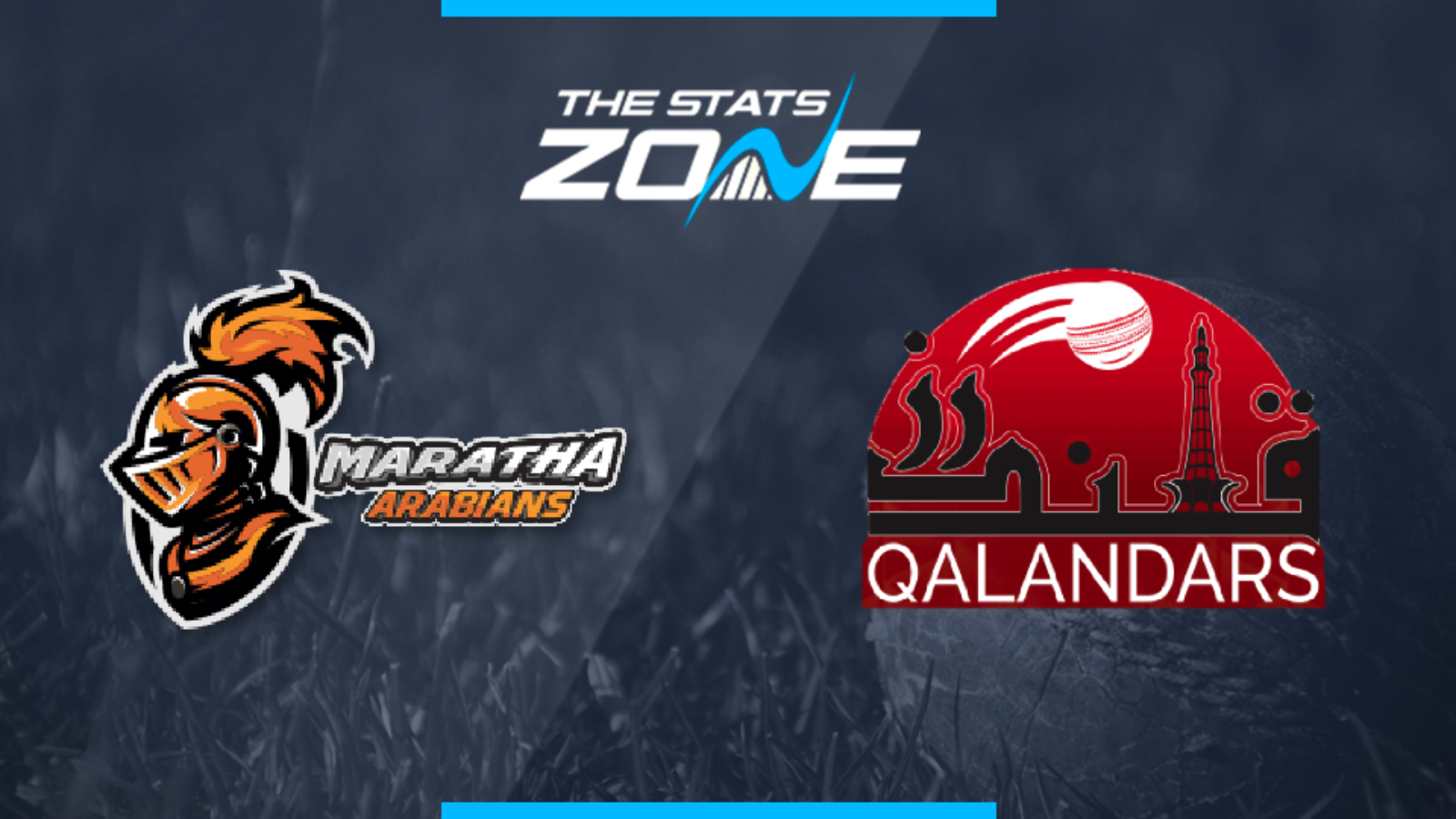 What is the expected weather for Maratha Arabians vs Qalandars? 30c and sunshine forecast all day

What television channel is Maratha Arabians vs Qalandars on in the UK? This match will be televised live on FreeSports (Sky channel 422)

Where can I stream Maratha Arabians vs Qalandars in the UK? Subscribers of Premier Player can stream this match live

Where can I get tickets for Maratha Arabians vs Qalandars? Visit the official Abu Dhabi T10 website for ticket information

The Qalandars produced arguably the most complete performance of the tournament so far on Saturday as they beat the Northern Warriors by a mammoth 66 runs. Their team has been one of the more solid and consistent performers over the first couple of days and will take some beating. The Arabians were pretty average in their opening match and they will need to raise their game notably to beat the impressive Qalandars who will be confident of picking up another win here.