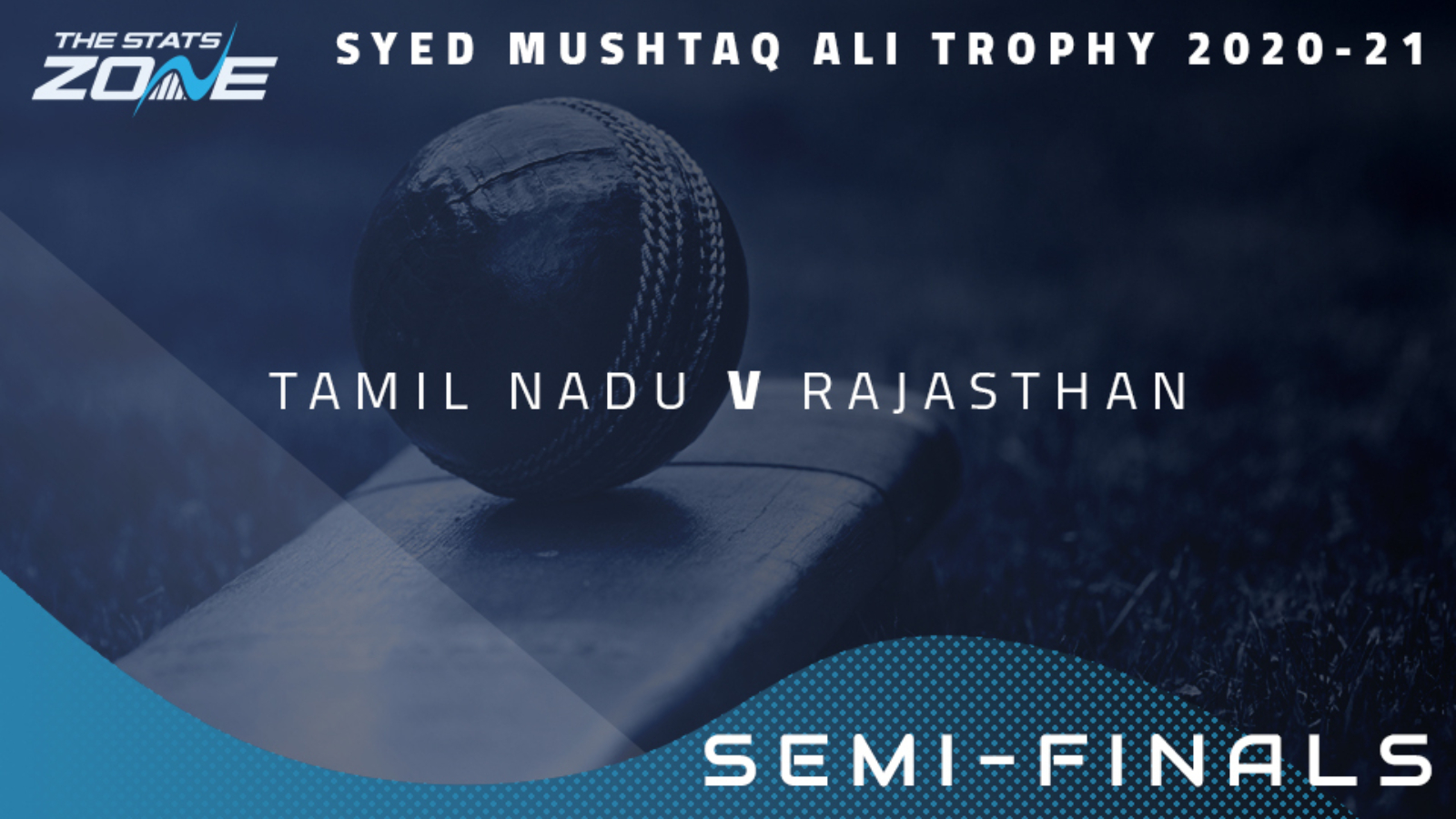 Where can I get tickets for Tamil Nadu vs Rajasthan? No tickets are available as this tournament is taking place without spectators

What channel is Tamil Nadu vs Rajasthan on? This match will not be televised live in the UK

Where can I stream Tamil Nadu vs Rajasthan? Those in the UK can stream the match live online with a subscription to Hotstar

Last year’s Syed Mushtaq Ali Trophy runners up Tamil Nadu safety navigated their way into the semi-finals with a five wicket win over Himachal Pradesh. An unbeaten 52 from Baba Aparajith saw Tamil chase down a target of 136 with 13 balls spare and set up a showdown with Rajasthan, who successfully defended a total of 164/5 against Bihar and ultimately winning by 16 runs. A furious 78 not out from just 37 balls from all-rounder Mahipal Lomror set the tune for Rajasthan, before bowlers such as medium pacer Aniket Choudhary and spinner Chandrapal Singh took advantage of a slow pitch to strangle the Bihar batsman into submission.

Rajasthan will once again have to make do without leg-spin bowler Rahul Chahar, after the Mumbai Indians star was called up by the Indian national team as a standby for their upcoming two Test matches against England in Chennai. A player of Chahar’s quality will be missed against Tamil Nadu, who boast the in-form Narayan Jagadeesan within their batting ranks. The opener hit four successive half centuries in the group stage and will be hoping to take advantage of Chahar’s absence. On the opposite side, right arm medium pacer Sandeep Warrier misses out here for Tamil after also being called up by the All-India Senior Selection Committee, in this case as a net bowler. However, with the experienced captaincy of Dinesh Karthik on their side along with the current form of their top order, Tamil Nadu are expected to win this one and reach their second successive Syed Mushtaq Ali Trophy grand final.