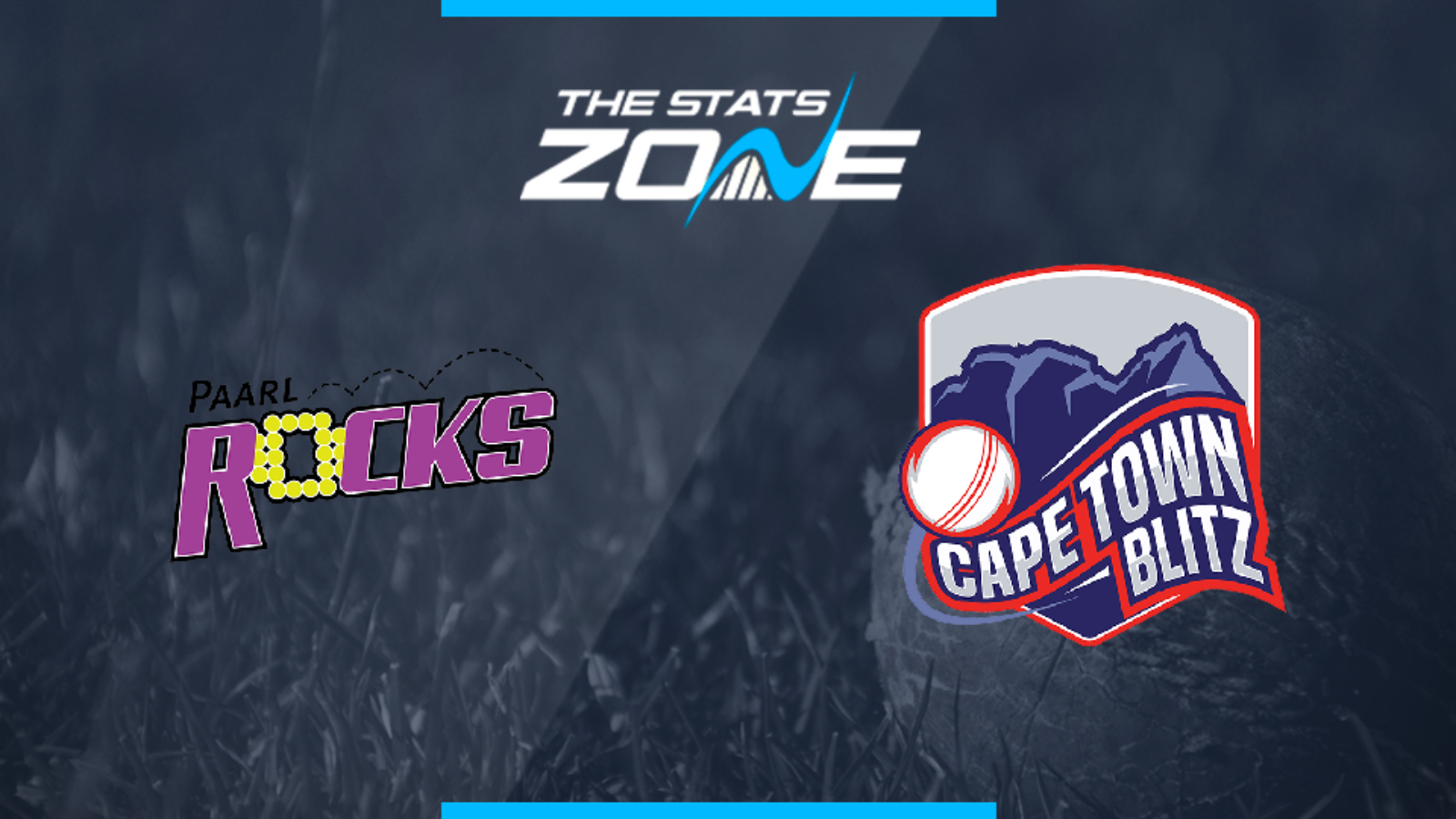 What is the expected weather for Paarl Rocks vs Cape Town Blitz? 30c with sunshine and cloudy intervals

What television channel is Paarl Rocks vs Cape Town Blitz on in the UK? The match will be shown live on BT Sport/ESPN HD (Sky channel 423)

Where can I stream Paarl Rocks vs Cape Town Blitz in the UK? The match can be streamed live on the BT Sport app

Where can I get tickets for Paarl Rocks vs Cape Town Blitz? Visit the official MSL website for ticket information

What was the outcome in the last meeting? Cape Town Blitz beat Paarl Rocks by 6 wickets

Cape Town Blitz lived up their name in the opening match against Jozi Stars as their batsmen blitzed the Stars’ bowlers in impressive fashion and put a marker down for the rest of the tournament. Quinton de Kock’s men looked impressive with the bat, yet the bowling unit of Steyn, Philander, Nortje and Moeen Ali will win some games for them in MSL 2019. Paarl Rocks come into their opening game with plenty of star power themselves but they will have to hit the ground running. In what promises to be another high-scoring match, it is difficult to look past this Blitz team and their all-round quality.