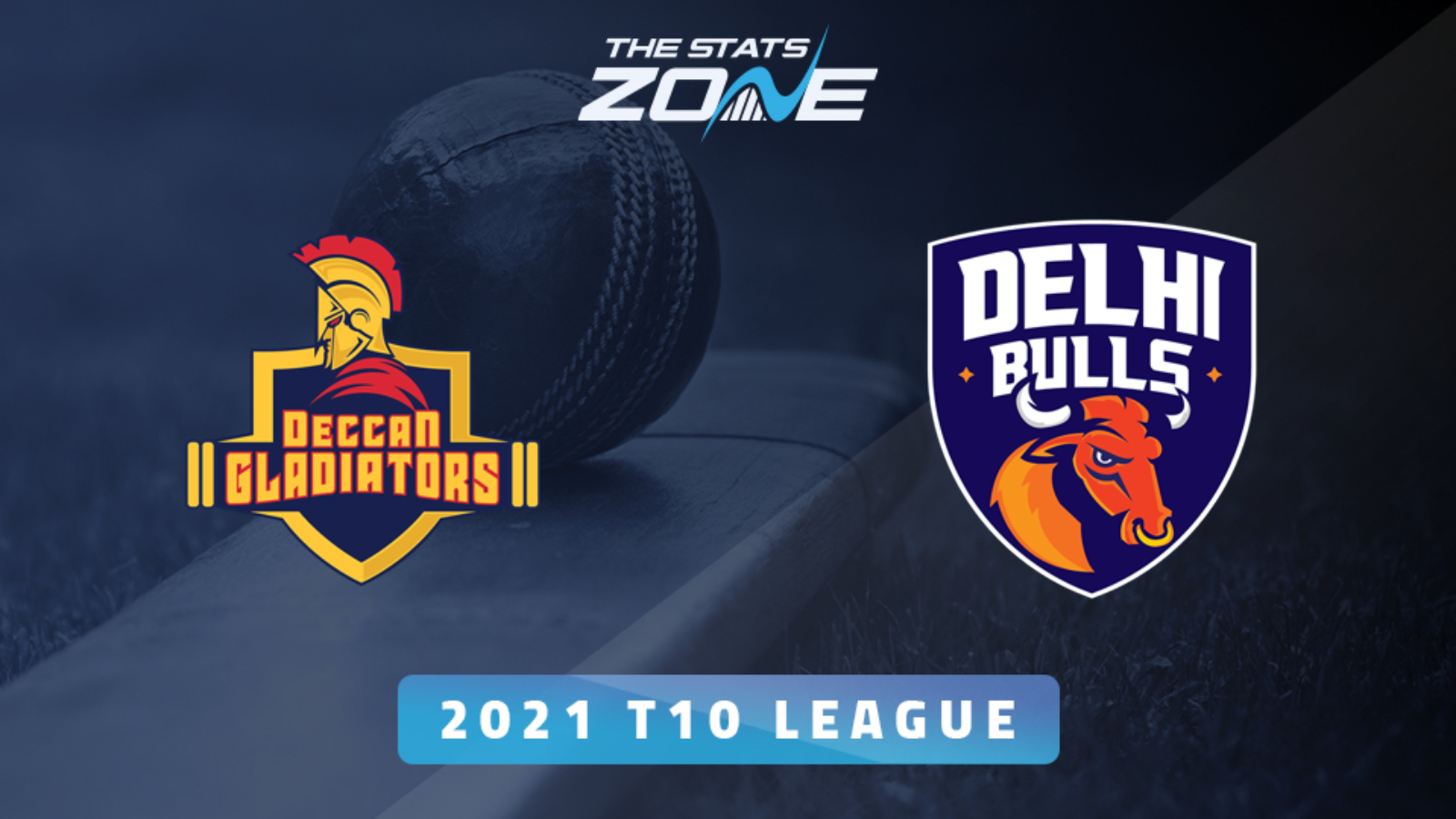 What is the expected weather for Deccan Gladiators vs Delhi Bulls? 28c, sunny

Deccan Gladiators made an immediate return to winning ways as they blitzed Bangla Tigers thanks to a stunning knock from Tom Kohler-Cadmore. He fell just short of what would have been the first century ever scored in this competition but his 96 from just 39 balls was still the highest-score ever recorded in the T10 League. His efforts were backed up by the bowling unit as they capitalised on the scoreboard pressure built by Kohler-Cadmore to skittle the Tigers for just 78, resulting in a 62-run success. That victory saw them top the standings at the end of the round robin phase and they will now take on Dehli Bulls in a mouth-watering encounter for the right to play in the final. The Bulls were able to climb into second spot as they secured a third successive victory, the latest of which came against Team Abu Dhabi yesterday. That 49-run victory ensured that the Bulls leapfrogged their opponents and the eye-catching manner of that win will see them come into this clash full of confidence. Rahmanullah Gurbaz built on the unbeaten 57 he scored in the Bulls’ previous outing by making it back-to-back half-centuries as he scored 69 from just 29 to lead his side to the success. Both teams come into this with a solid run of form behind them but the Gladiators have won both clashes between the two in this tournament so they are favoured to come out on top once again.