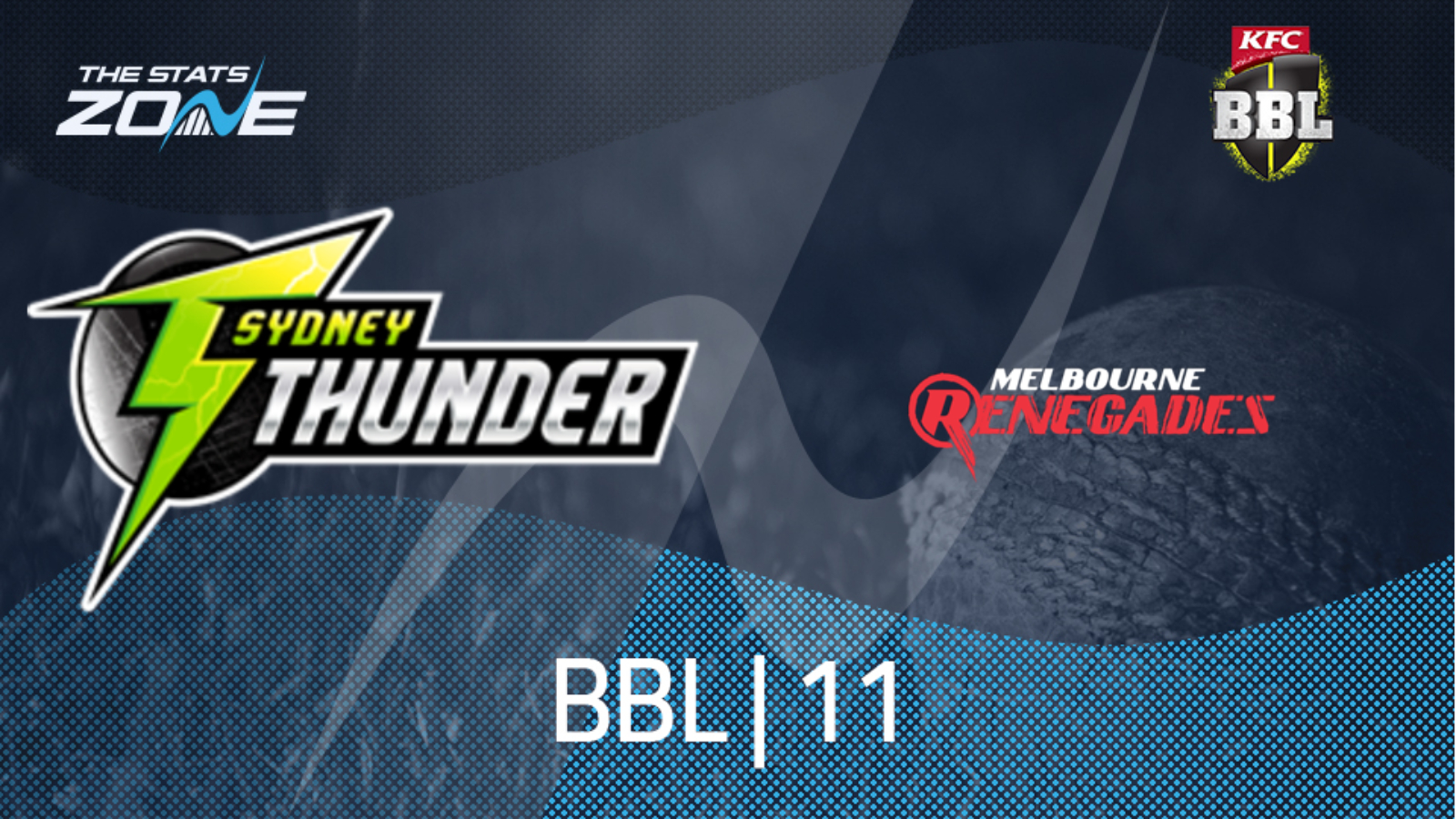 What is the expected weather for Sydney Thunder vs Melbourne Renegades? 27c in sunny skies

Sydney Thunder have suffered back-to-back losses in the Big Bash League and those untimely setbacks could cost them a place in the top two. They were on the end of a heavy defeat to local rivals Sydney Sixers last time out and after some soul-searching, they will be desperate to put that loss behind them by making an immediate response ahead of the knockout phase of the competition. Standing in their way is a Melbourne Renegades outfit that come into this on the back of a four-game losing streak and with just three wins to their name from their 13 games to date, it is difficult to envisage them bowing out of the tournament on a high note.