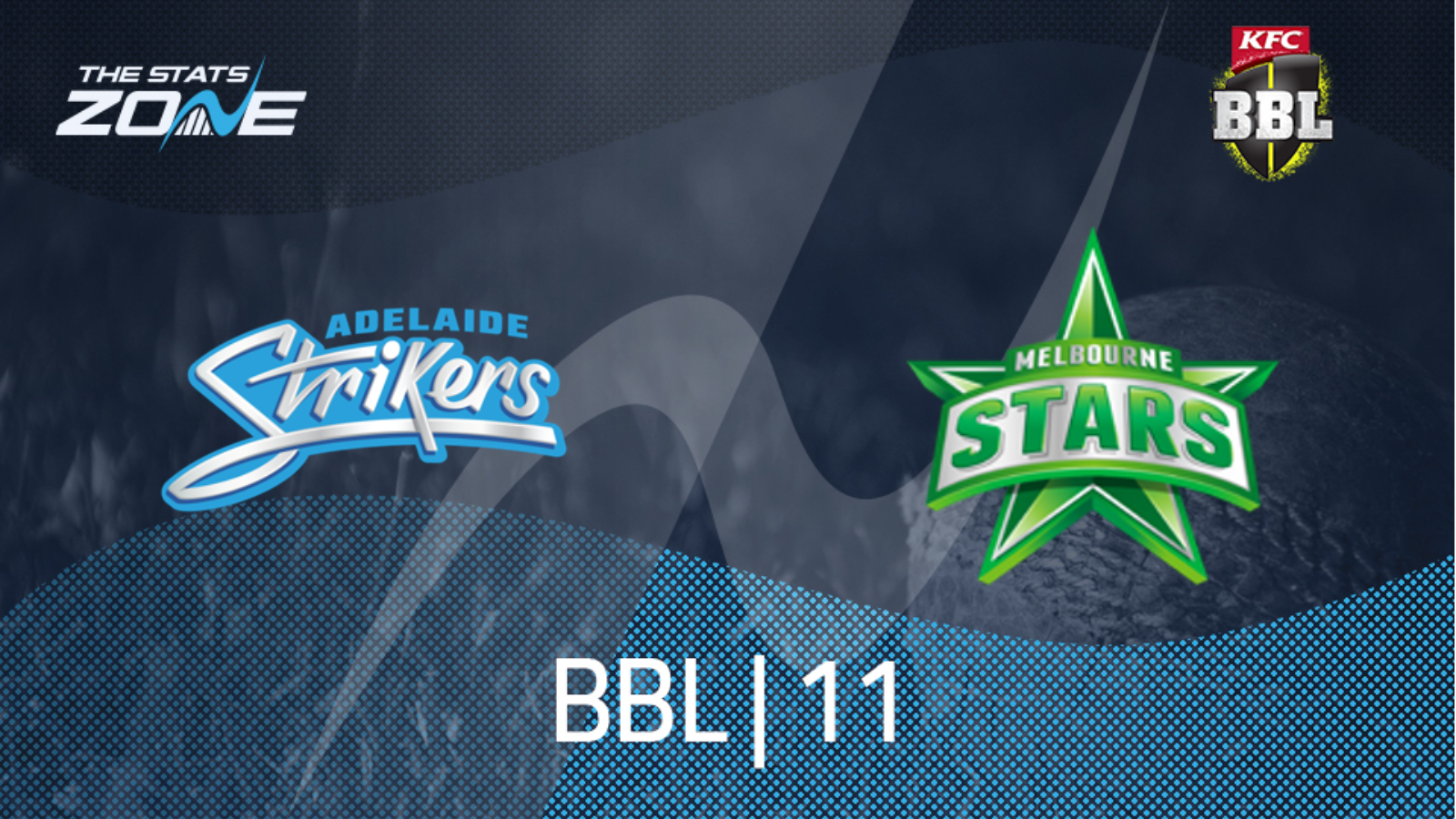 What is the expected weather for Adelaide Strikers vs Melbourne Stars? 23c in sunny skies

This is a pivotal game in the race to make the top five as Adelaide Strikers take on Melbourne Stars. A third win in-a-row for the Strikers would put them in a great position but they will be leapfrogged into fifth spot by the Stars if their opponents get the better of them. Both teams were impressive in their latest outing and while the Strikers will be full of confidence after overcoming the impressive Perth Scorchers, a determined Stars outfit may be boosted by the return of a couple of key men and they can do enough to prevail in this one.