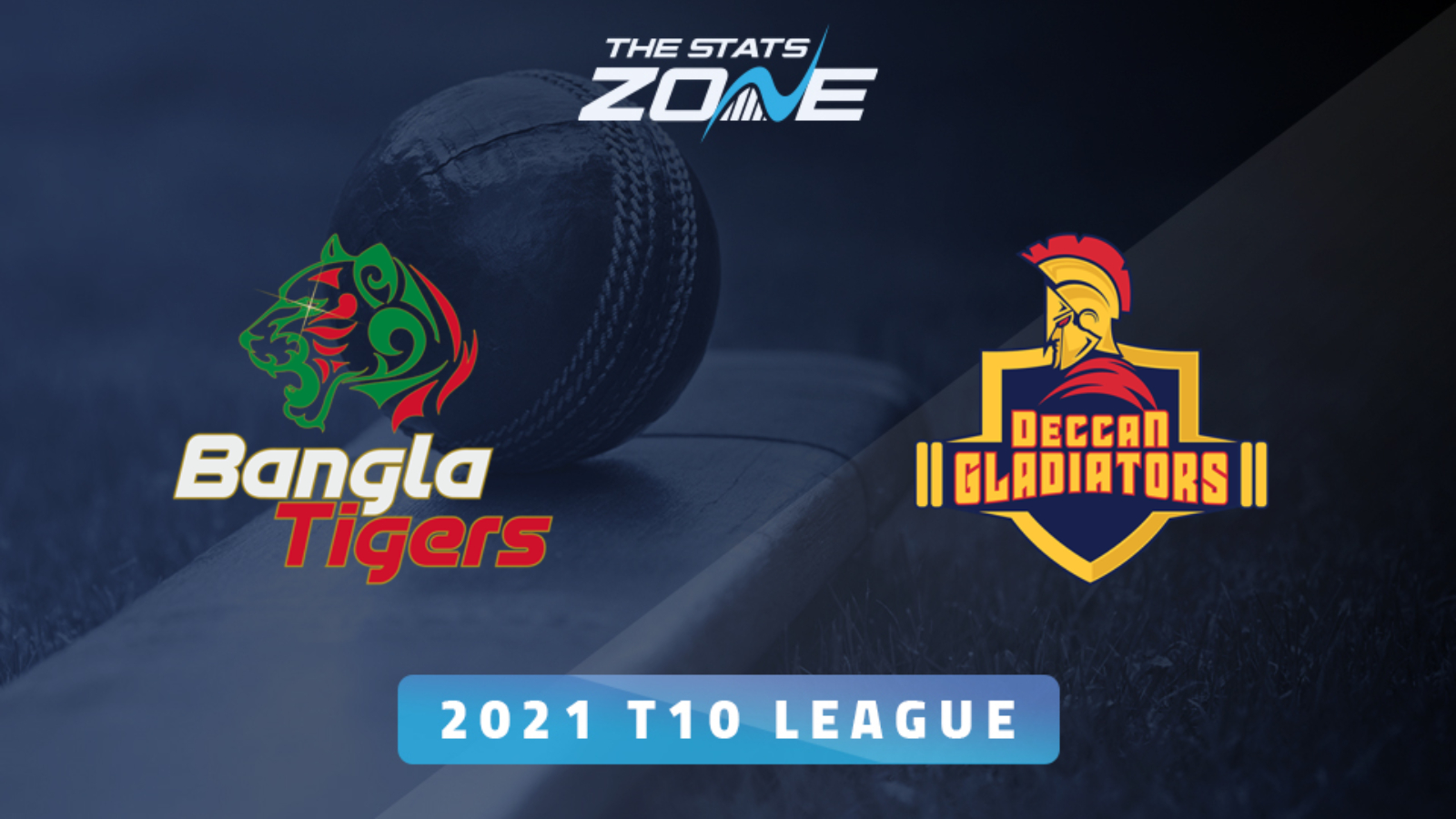 What is the expected weather for Bangla Tigers vs Deccan Gladiators? 29c, sunny

Bangla Tigers were unable to make it six successive wins in the T10 League as they suffered their third loss of the tournament in their latest contest against Delhi Bulls. The Tigers were downed by 12 runs in that clash as they failed to chase down 101 to win in what was an underwhelming batting effort with skipper Faf du Plessis the only batsman to surpass 20 runs. They will be eager to respond to that loss as they take on a Deccan Gladiators side that also come into this on the back of a defeat. They saw their three-match winning streak ended by Team Abu Dhabi as they too fell short in their run chase with Liam Livingstone doing the damage for the opposition. The Gladiators’ failure to take his prized wicket proved costly and despite the best efforts of Anwar Ali, he was not provided with enough support. Both teams are better than they showed last time out but the Gladiators look to have the greater quality with the bat and they are the slight preference to prevail in what could be a close-run thing.