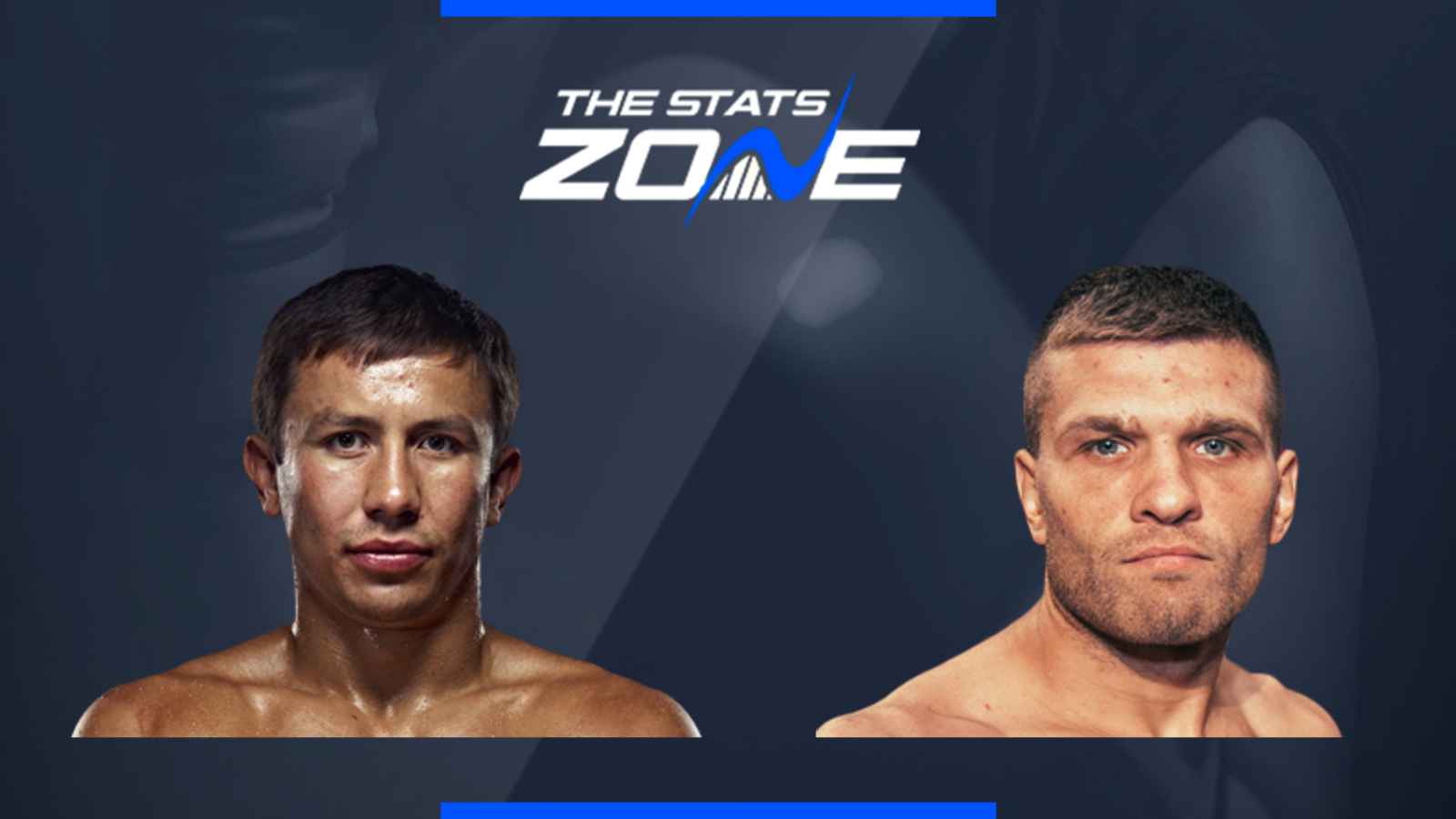 When is Gennady Golovkin vs Sergiy Derevyanchenko and what time does it start? Sunday 6th October, 2019 – 04:00 approx (UK)

Where can I stream Gennady Golovkin vs Sergiy Derevyanchenko? In the UK, Sky Sports subscribers will be able to stream the fight live on Sky Go / In the US, the fight will be available to stream via the DAZN website and app 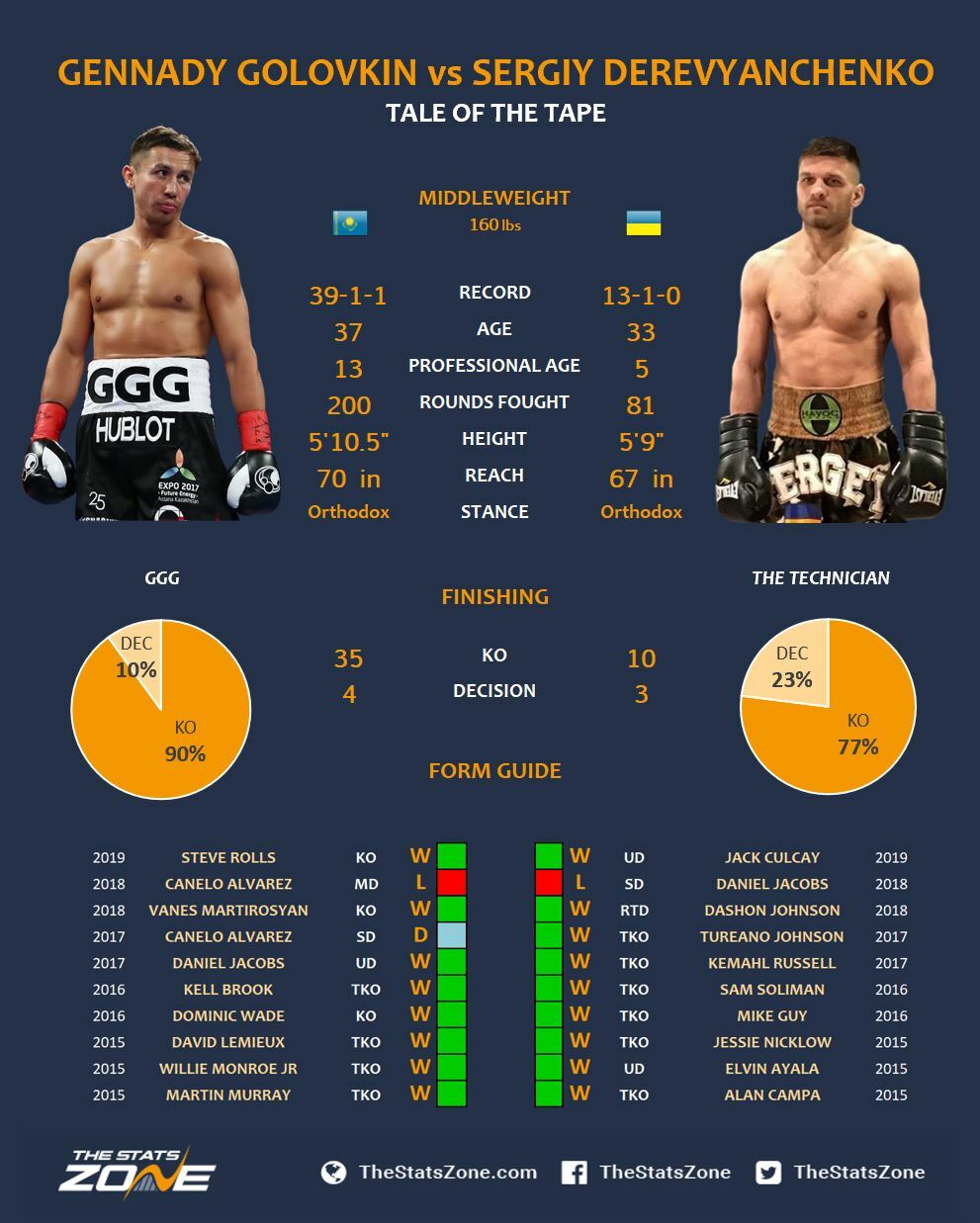 Both their fights with Jacobs were close but Golovkin earned a unanimous decision where Derevyanchenko lost a split decision. If Golovkin fights carelessly and tries to find a quick knockout, Derevyanchenko can capitalize and has the technique to put Golovkin in trouble. However, Golovkin has too much class to make that kind of mistake, especially if he wants that third fight with Canelo. The fight will be tight to begin with but once Golovkin settles he will pile on the pressure and output, with his power potentially earning a late knockout.